An 11-month-old boxer has become the latest addition at the Hamilton County Coroner’s Office and will serve as a therapy dog in providing comfort to office staff and families who visit the agency.

Simon recently completed a four-week private course at Petco tailored toward his therapy work and also passed the Canine Good Citizen program, said Sarah Lockhart, deputy coroner who has owned Simon since he was 13 weeks old.

“For our benefit, he boosts morale around here,” Lockhart said. “We go to some calls that are traumatic for us and traumatic for people involved in the incident. He’s a good decompression tool.”

The coroner’s office is tasked with going out to scenes within Hamilton County involving unattended deaths related to suicides, homicides or drug overdoses. The agency also assists police in investigations and works closely with pathologists in performing autopsies.

Lockhart, who grew up showing and training dogs, said she got the idea for a therapy dog from the Noblesville Police Dept. and noticed that his temperament was perfect for the job. Simon works alongside Lockhart during the night shift from 5 p.m. to 4 a.m.

“He’s super calm and loves to snuggle,” she said.

Lockhart, who noted that Simon was a surprise gift from her husband, said Simon has changed her life for the better and reminds her of her previous dog who passed away six years ago.

“I absolutely love having him and he’s been a fantastic dog,” she said. 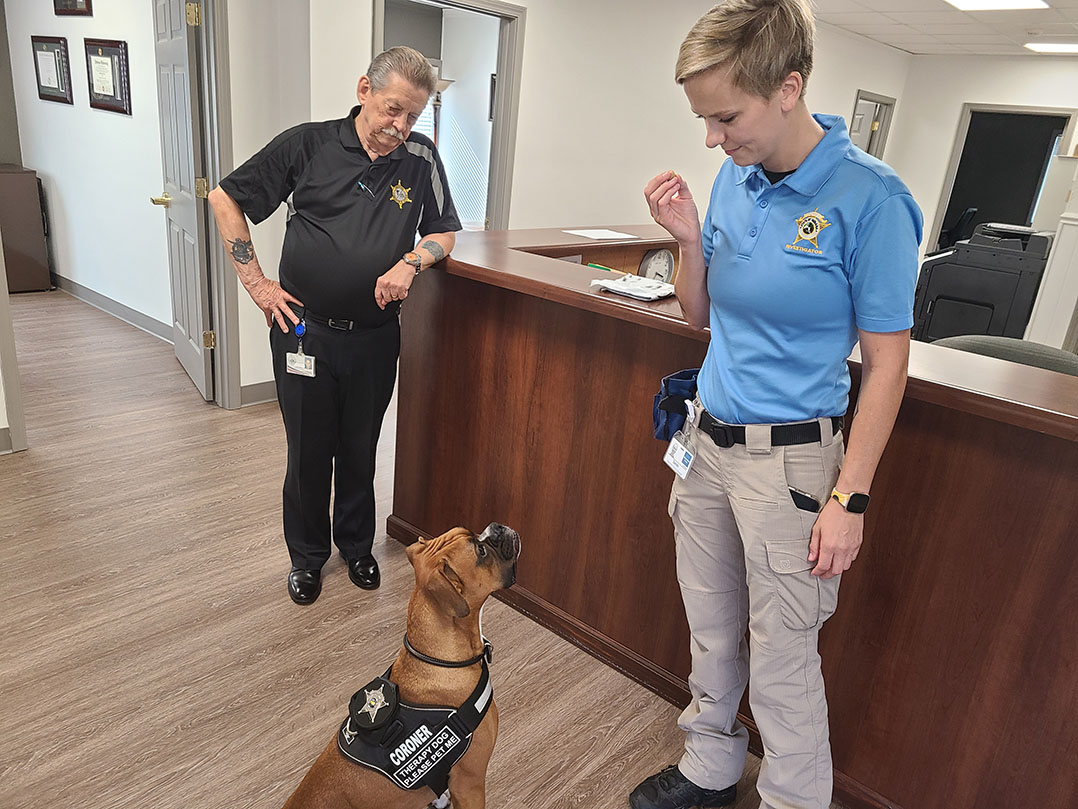 For grieving families who may need to visit the coroner’s office to pick up a report, talk with staff and are dealing with the death of someone they know, Simon can sit or snuggle with them to comfort them and help them with their difficult situation, according to Lockhart.

“He greets families who come to the office and sits with them, especially kids, while we meet. If the situation is just right, he can also be called out to the scene,” Lockhart said.

Visits from a therapy dog can lower blood pressure and heart rate, reduce patient anxiety and increase levels of endorphins and oxytocin, according to the American Kennel Club. Hamilton County Coroner John Chalfin said Simon will be a benefit to the coroner’s office.

“Simon is good medicine for those who have been through traumatic events,” Chalfin said. “We really hope that he is able to go out and give comfort to witnesses and family members and reduce the heightened short-term anxiety following a death.”

Simon has also had the opportunity to get to know other individuals at the office on a regular basis, according to Lockhart.

“John’s his favorite person,” Lockhart said. “He spends a lot of time in his office.”

Bruce Gipson, who is also a deputy coroner, said he tries to be compassionate when dealing with grieving families and pointed out that Simon’s presence in the office has been a positive experience.

While the staff at the coroner’s office are often faced with a difficult job, Lockhart said that Simon “has the best job out of all of us.”

“He gets to come into work happy every day, he has no stress,” Lockhart said. “He genuinely wants to please people.” 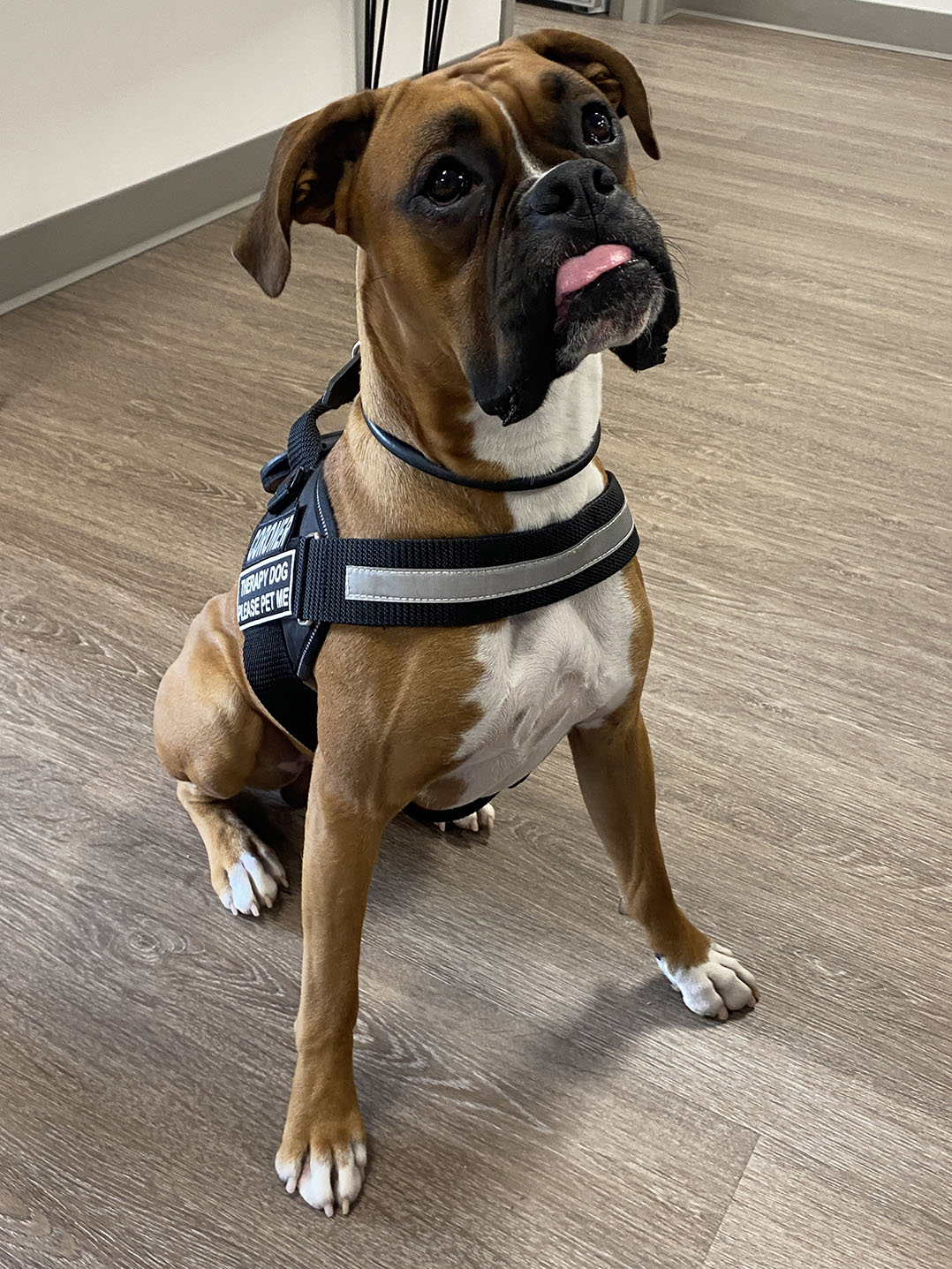 Simon, a 11-month-old boxer, is the latest staff member to join the Hamilton County Coroner’s Office and will serve as a therapy dog. (Photo provided by Hamilton County)