You are at:Home»Current in Carmel»Carmel Community»Carmel aviation entrepreneur to enter Hall of Fame

Michael Pittard only recently learned of the existence of the Indiana Aviation Hall of Fame.

“I wasn’t even aware they had a Hall of Fame. When my son, Jeff, said he sent in a letter to nominate me, I was surprised,” said Pittard, who goes by the nickname Mick. 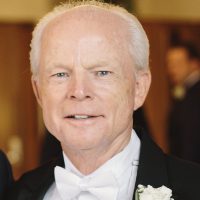 The 80-year-old Carmel resident will be inducted into the Indiana Aviation Hall of Fame Oct. 8 at the honors banquet at 502 East Event Centre in Carmel. The inaugural class was inducted in 2021.

“I’ve been very humbled ever since,” Pittard said of learning of his selection for the class of 2022. “I found something I loved to do and was able to make a living from it. Flying was why I did everything. I was able to enjoy flying and the rest was administrative, putting out fires and things like that.”

The 1961 North Central High School graduate enlisted in the U.S. Navy and was assigned to an aircraft carrier. After two years in the military, he attended Ball State University and graduated with a degree in accounting.

Pittard purchased Kokomo Aviation in 1977 and started Direct Air, a commuter airline, in 1981.

Pittard also owned a charter operation at Indianapolis, starting Aviation Charter Services in 1988 at the Indianapolis International Airport. He sold that operation in 2008.

Pittard served as chairman of the board of the National Aviation Transportation Association in 1997-96. He also served on several other FAA committees during his 34 years in the business.

“We were like a limo in the sky. When someone needed to go somewhere, they called us,” Pittard said. “I put a rule in and I was unhappy I did, but when you reach the age of 65 you have to give up flying.”

Pittard and his wife Debbie have seven children, eight grandchildren and three great-grandchildren.

“I have people coming in from California and Arizona and the rest are here,” Pittard said of his attendees at his induction.