An Indianapolis man has been sentenced to 25 years in prison in the death of Maxwell Timbrook of Zionsville, who died after overdosing on fentanyl-laced heroin on Jan. 17, 2020. 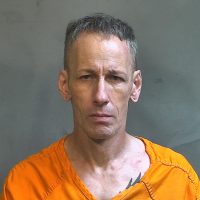 Kurt Russell, 52, delivered the drug to Timbrook. According to an autopsy, Timbrook’s death was the result of acute drug intoxication due to the high level of fentanyl in his system.

“Far too often the narrative surrounding illegal drug cases is that they are nonviolent, victimless crimes. This narrative must stop,” Prosecutor Kent Eastwood stated in a press release. “Just ask Maxwell Timbrook’s family and friends if illegal drug cases are victimless crimes. In reality, much of the crime prosecutors see on a daily basis is directly tied to illegal drug use. It is time that the criminal justice system begins to hold drug dealers accountable for the devastation that they inflict. We hope this verdict and sentence will help begin to send that message.”