“Rent” will always have a special place in Matthew Sumpter’s heart.

The Indianapolis resident first attended the show on Broadway in 1997 with his mother, Sally Sumpter, and a close family friend, Matthew Schuster, who Sumpter describes as his older brother. 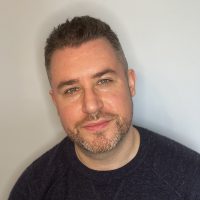 “I got to see three-fourths of the original cast,” said Sumpter, a Lawrence Central High School graduate. “In 1996, it had already become my favorite Broadway show and I got to see it in ’97. It was a very life-changing moment for me. It was a special experience sharing it with my mom and my older brother. We didn’t know how special it would be.”

Two years later, Schuster told Sumpter and his mother that he had contracted HIV, which had turned into full-blown AIDS. In 2012, he lost a battle with brain cancer — which was a complication from HIV and AIDS — at age 42.

So, when Sumpter, 40, was cast in the ensemble in Civic Theatre’s production of “Rent,” he said it was huge for him. The show runs Oct. 7-22 at The Tarkington at the Center for the Performing Arts in Carmel.

“Not only is Civic like a second home to me, but also I would get to honor (Schuster) in anything that I did,” Sumpter said. “It was important to me (that) we educate the younger people in the cast, but we try to do as much as we can during the time we are rehearsing.” 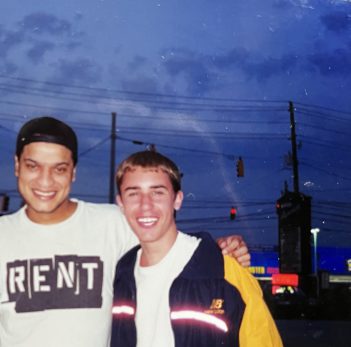 So, Sumpter has encouraged other cast members to join him in Indiana AIDS Walk at 1 p.m. Sept. 25 at the Eugene and Marilyn Glick Indiana History Center, 450 W. Ohio St., in Indianapolis.

Sumpter formed a team with a goal of raising $1,000. Six cast members have joined the walk.

Sumpter said his mother will be in the audience opening night.

“She’ll be crying, I’m sure, through almost all the entire show,” Sumpter said. “It will be difficult to look my mother in the eye from the stage.”

To donate to the cast’s efforts for the AIDS Walk, visit bit.ly/3AjPFGq.