You are at:Home»Current in Westfield»Westfield Community»Historical society works to rehabilitate cabin 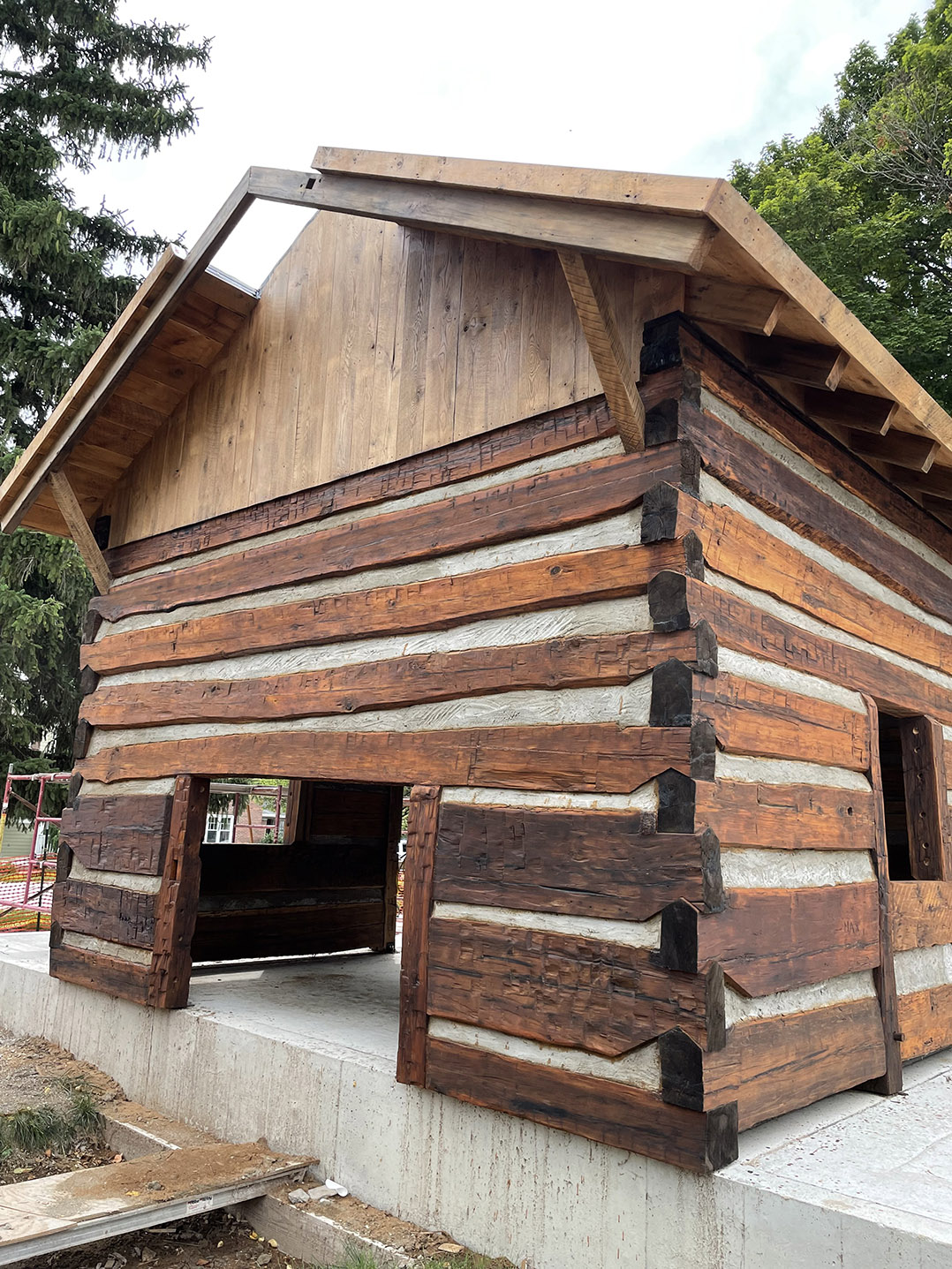 An exterior view of the historic cabin, which is at 136 Penn St. in Westfield. (Photo provided by Diana Peyton)

Two years ago, a cabin was found inside a barn on Shady Nook Road in Westfield.

A call from the Westfield Fire Dept. that the barn was going to be torn down led to the Westfield Washington Historical Society getting to work to relocate, repair and reconstruct the piece of history on city property.

“I had known most of my life that the cabin was in there and as a third-grader played in the barn but didn’t realize what it was,” said Diana Peyton, president of the Westfield Washington Historical Society.

The one-room cabin with a small loft was home to Nicholas and Fanny Barker and their 11 children. Peyton said it was built in 1835, a year after Westfield was founded. It’s believed Barker moved to Indiana from North Carolina because he was against slavery and was a conductor on the Underground Railroad.

“They stayed in the cabin for years and then built a farmhouse in front of it,” Peyton said.

The developer gave WWHS two weeks to get the cabin down and out of the barn. A fundraiser was started for reconstruction work and the City of Westfield provided $140,000 in funding, but then the COVID-19 pandemic began. 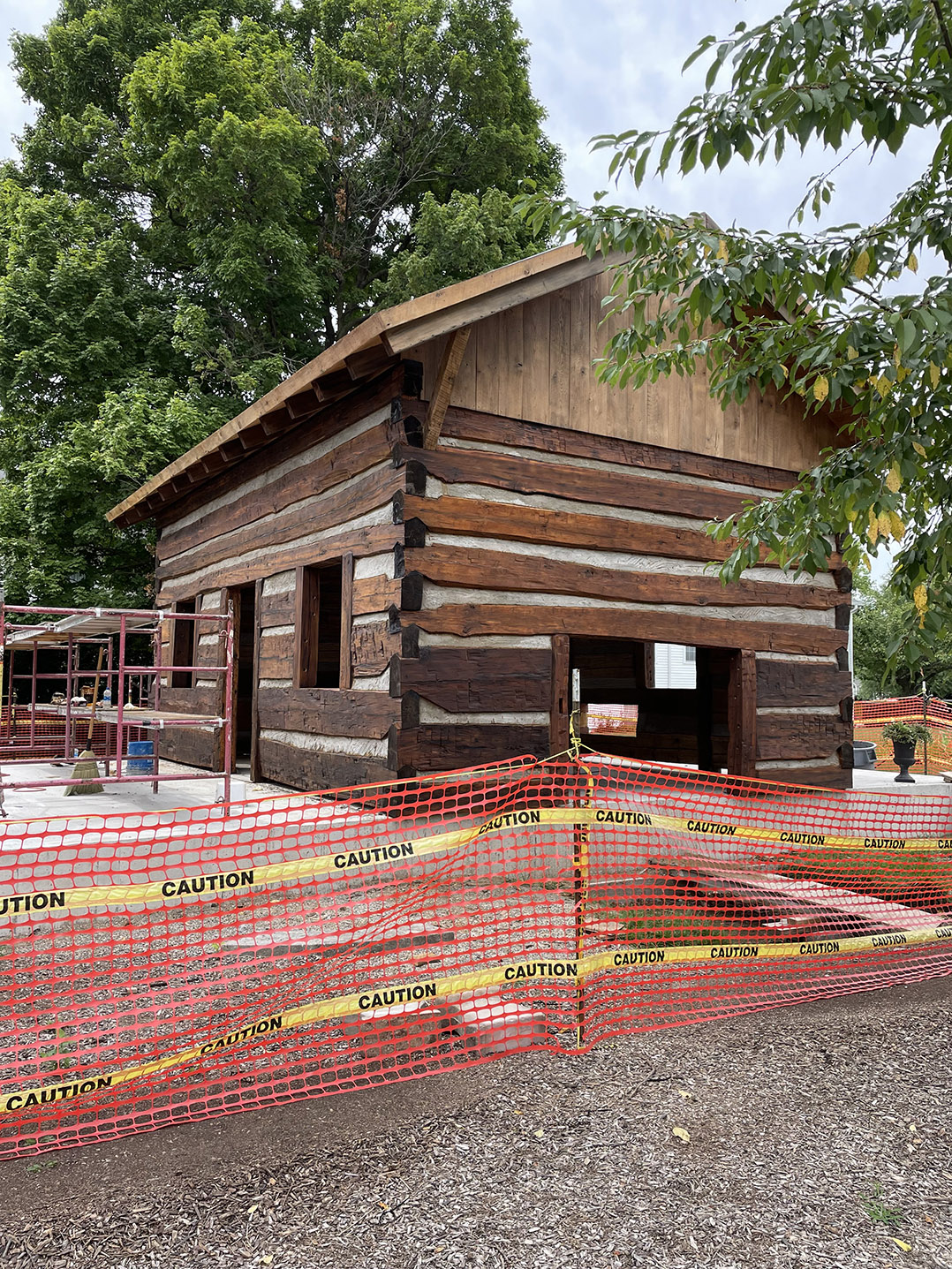 An exterior view of the historic cabin, which is at 136 Penn St. in Westfield. (Photo provided by Diana Peyton)

“And you know what has happened in the last two years, everything has gone up so much,” Peyton said. “So, we were stuck with a two-year-old quote and are a little short of money and trying to raise some more funds to complete it.”

WWHS needs around $25,000 to complete the project. Money that will be used for items such as bolts, which were originally quoted out at $2 apiece but rose to $9 a bolt by the time the reconstruction started.

“And there are hundreds of them in this log cabin, so it’s things like that,” Peyton said. “We have driven from one end of the state to another to get period lumber at a cheaper cost because boards are about $11.50 a board foot and we have found it for about a dollar a foot. It’s very difficult to find 200-year-old wood but we have found some people who have taken down old barns and we have gotten that wood.”

To raise the additional funds, the WWHS has a GoFundMe page and is also selling memorial bricks for the sidewalk in front of the cabin, which is now at 136 Penn St., right beside City Hall. Bricks are available for $100 for 4-by-8 bricks or $200 for 8-by-8 bricks.

The cabin also will be used as a welcome and educational center for children.

“We are just so excited. This is really going to be a great amenity for our city and something everyone can be proud of,” Peyton said. “Our grandkids and their kids will be able to come back 70, 80 years from now and say, ‘Wow.’ This is my heart and soul, and it just means so much to me.”

For more information on the reconstruction of the cabin, visit the WWHS Facebook page at facebook.com/WestfieldHistory, or to buy a memorial brick or make a donation, visit wwhs.us/.