You are at:Home»Current in Zionsville»Zionsville Community»Education, environment among focuses for House District 25 Democratic candidate

The Democratic candidate running for House District 25 said she wants to focus on issues such as improving education and the environment if elected this fall. 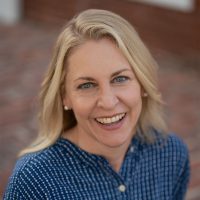 Zionsville resident Jen Bass-Patino, who will face Republican Becky Cash in the general election in November, is entering the political arena as a newcomer. House District 25 seat covers Boone County and a portion of Hendricks County.

Bass-Patino works as a manager of quality assurance and previously was employed at the Illinois State Police Crime Lab. She also has experience working as a researcher in infectious diseases, she said.

Bass-Patino, a single mom with two daughters, said education is among her priorities if elected and believes that teacher pay needs to be addressed at the state level. That’s important since pay for teachers in Indiana ranks low compared to other neighboring states, she said.

But Bass-Patino also said that working on both sides of the aisle at the Indiana Statehouse will remain a priority for her if elected, noting that she believes politicians are currently “too divided.” She wants to work on behalf of all Hoosiers, noting that it’s important to “have their voices heard,” she said.

She also said the environment is among her platform issues, citing Indiana as being one of the most polluted states in the nation. She added that she wants to hear from businesses in the coming months as she hits the campaign trail to see what their needs are and what type of help they’re seeking.

Bass-Patino also weighed in on the U.S. Supreme Court overturning Roe v. Wade, noting that she believes abortion is an issue that should be made between a woman and her health care provider.

However, she said she supports gun rights and the Second Amendment but stopped short of saying whether additional restrictions are needed in Indiana. Bass-Patino said she would first need to see what type of legislation would be proposed at the state level before making a decision.

Asked what makes her a better choice compared to her opponent, Bass-Patino cited her experience working with people, in addition to having managed multi-million-dollar budgets that she thinks would be beneficial if elected to the Indiana House.