Tucked away in the City of Lawrence on the northeast side of Indianapolis is a 1,700-acre state park that is of the newest, and busiest, of Indiana’s 24 state parks.

Established in 1996 on the site of the former Fort Benjamin Harrison military base, Fort Harrison State Park, at 6000 N. Post Road, has a variety of features and attractions typically associated with Indiana’s state parks – most of which are far from major urban centers – and a few not typically found a state parks. 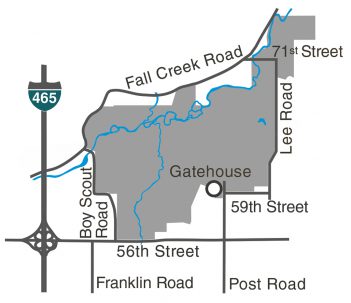 Fort Harrison State Park annually attracts nearly 900,000 visitors, according to the Indiana Dept. of Natural Resources. Visitors partake in hiking, on paved and unpaved trails, and fishing, biking and exploring grounds that used to be part of the military base. In the winter, visitors can be spotted ice fishing on Delaware Lake and kids of all ages utilizing a giant sledding hill – all in a part barely 15 miles north of downtown Indianapolis.

“We hear all the time from our visitors that they are surprised, in a good way, that we’re here and they didn’t realize how big the park was or how much natural space you have because of the 1,700 acres, very little of it is developed,” said Brady Givens, the park’s property manager.

“It’s a unique opportunity to visit with or come in contact with people who may not generally use state park.

“Being located that close to Indianapolis, it’s a little bit different than some of the other parks.”

Local residents John and Judy Valenta have been visiting the park for over 20 years and enjoy hiking the trails.

“We love that it’s close to our neighborhood and has a variety of hiking trails,” Judy Valenta said. “And every time we come here, it looks a little different. You have to be careful, too. You can get lost if you don’t know where you’re going.” 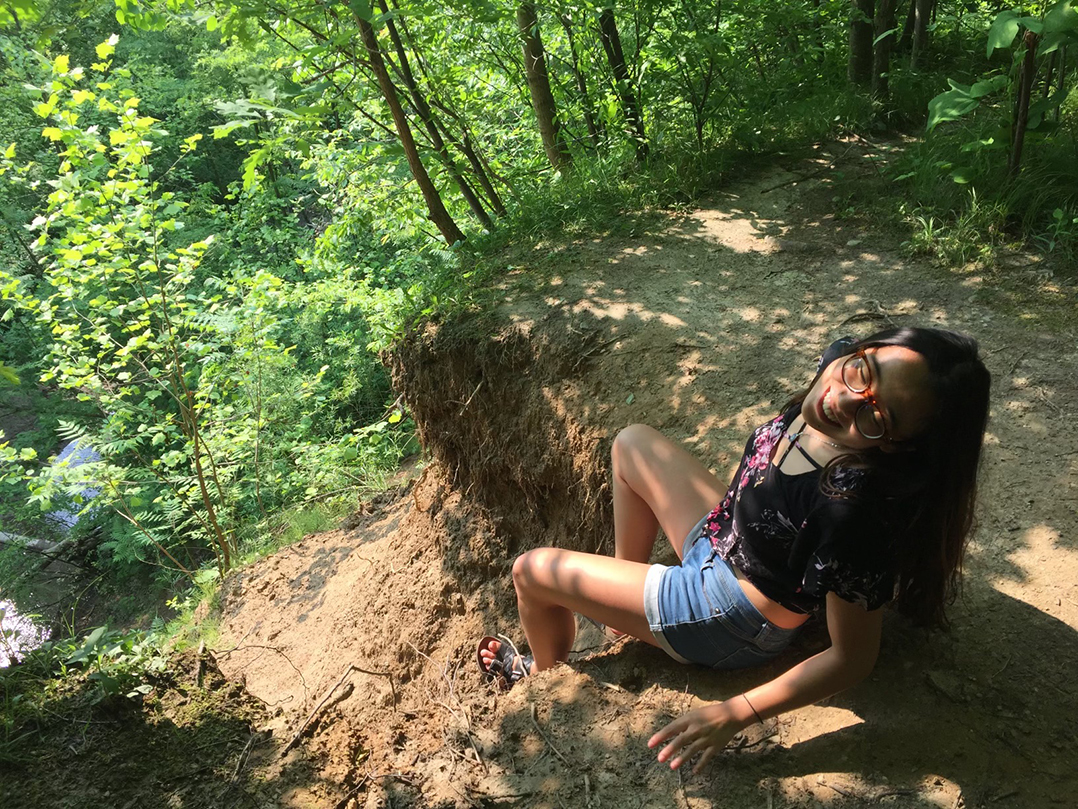 Maddie Mills-Craig, a Lawrence North High School graduate who is now a senior at Ball State Univesity, has been visiting the park with her family since she was a kid.

Like many visitors to the park, Mills-Craig was surprised how large the park is. She got an appreciation for it when, while attending LNHS, it took her longer than expected to get to school because she had to drive around the park, even though her home was near the school.

“That’s when I kind of realized how big and massive the park is. And I was like, wow, it takes up a good bit of Lawrence,’” Mills-Craig said.

In recent years, Mills-Craig has visited the park with friends or accompanied by her dog, Apollo. As she’s gotten older, she’s developed a passion for hiking. Fort Harrison State Park has six hiking trails, including the 4.2-mile wooded Lawrence Creek Trail and 3.5-mile Fall Creek Trail that follows the banks of Fall Creek. It also has a horseback riding with rentals available.

“So, one thing about Lawrence is there’s a lot of countryside,” Mills-Craig said. “I think the park kind of differentiates us from the rest of the Indy suburb areas. I don’t know of a lot of places that have big parks in our area. It’s a really nice place to go escape.”