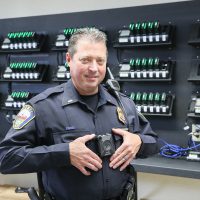 Carmel Police Dept. Deputy Chief Joe Bickel, who was facing possible termination for alleged inappropriate behavior toward female employees, has decided to retire rather than continue an appeal that was before the Carmel Police Dept. Merit Board.

Bickel filed a notice of retirement and a motion to dismiss the appeal on Aug. 15.

The merit board, which is responsible for hiring and firing officers, accepted the motion at an Aug. 16 meeting. The board had been set to meet the week of Aug. 22 to hear evidence and determine Bickel’s fate.

“Once Bickel submitted his retirement and voluntarily relinquished his merit position, the merit board lost jurisdiction to decide the matter,” said Dan McFeely, a spokesman for the City of Carmel. “As for his pension, Indiana Code stipulates the police officers are entitled to keep their pensions whether they retire or are terminated.”

In July, then-CPD Chief Jeff Horner removed Bickel from his role and recommended that the merit board dismiss Bickel from the department. According to the city, Bickel is accused of groping a female employee, attempting to forcibly kiss a different female employee and kissing the hand and neck of another female employee at a work-related event. The city also received allegations that Bickel attempted to use his position of authority to influence a CPD employee to violate a department standard operating procedure to benefit a family member.

The city ordered an external investigation of the allegations, during which Bickel was suspended.

Horner resigned as chief days after Bickel’s removal, with multiple sources speaking under the condition of anonymity saying it was because he failed to follow city policy in handling at least one of the complaints against his former deputy chief. Horner, who became chief in January, has reverted to his merit role as a lieutenant.

Bickel and Horner both joined CPD in 1994. Jim Barlow, who served as CPD chief from 2017 until January, has returned from retirement to serve as CPD chief.