When Ryan Hollingsworth was 14 years old, growing up in Sedgwick, Colo., close to the Nebraska border, he fell in love with team roping. He had ridden rough stock only up to that point in his rodeo career, but he always thought he’d be good at roping.

“I just had a better ability to rope than I had to ride,” he said. “It felt natural, and I enjoyed it.”

Hollingsworth would set up a dummy steer and make himself rope it successfully 50 consecutive times. If he missed on No. 49, he’d start again.

Fast forward nearly 30 years and Ryan, 42, is teaching his 10-year-old son Stockton the mechanics of team roping at the arena on their farm in Noblesville. Stockton wants to be a professional cowboy. He was up on a Quarter Horse at 2 and had a rope in his hands at 4. Ryan said Stockton, who will be a fourth-grader at Deer Creek Elementary, practices more than he did when he was that age.

Ryan moved to Indiana for work. He was a construction superintendent on the Nestle USA plant in Anderson. While in central Indiana he met and fell in love with Kelly, an Anderson native, and became a Hoosier.

Indiana has a rich sports history but much of it involves bouncing a basketball off hardwood, not riding bulls and roping steers. Ryan had a hard time finding local rodeo venues but had heard about a local cowboy. Finally, at a gas station in Lapel, he saw a man in a cowboy hat and asked him where he might find a rodeo. That man was Dave Musselman of Musselman Farms in Noblesville. Musselman took Ryan to some local team roping practices. 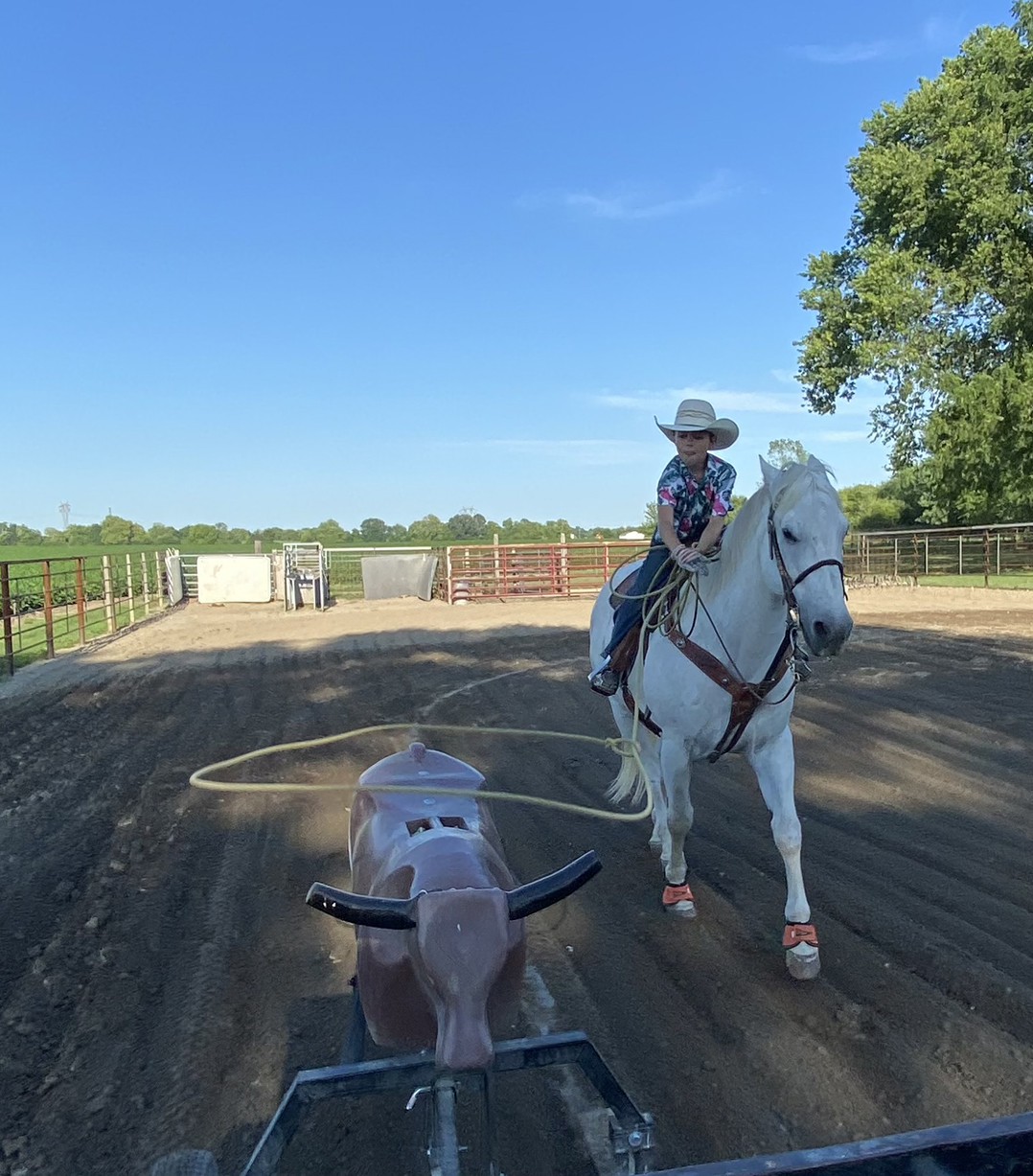 Team rodeo is an event that involves two riders on Quarter Horses who work as a team in a timed competition. The first roper is called the “header,” and he or she ropes the front of the running steer, usually the horns. Once this is accomplished, the “heeler” comes into the action and ropes the steer by its hind feet. Both horses then back up slightly and stretch out the steer’s hind legs, immobilizing the animal, at which point an official waves a flag and the time is taken. The steer is released and trots off.

Stockton has been both a heeler and header.

“As long as he has rope in his hands, he’s happy,” Ryan said.

This summer, Stockton will team up with his father in various competitions. Stockton will be the header. Next summer, the plan is for Stockton to step up to the National Little Britches Rodeo Association, where he’ll partner with someone his age and compete across the U.S.

Ryan is actively recruiting boys and girls in Central Indiana to participate in team roping.

“We just want other kids to know it’s out there,” he said. “It’s starting to get bigger and it’s a wonderful opportunity.” 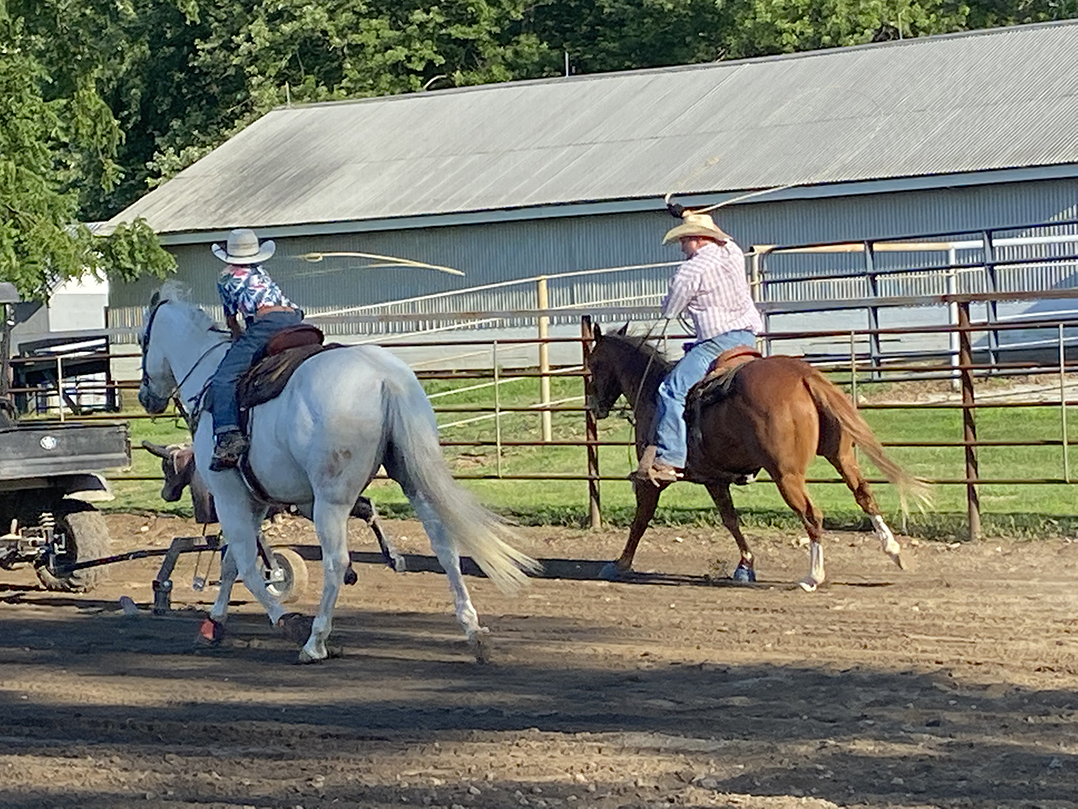 Coaching rodeo runs in the Hollingsworth’s family blood. While Ryan Hollingsworth tutors his son Stockton in Indiana, his cousin, Cody Hollingsworth, is busy being the head rodeo coach at Oklahoma State University in Stillwater, Okla.

Cody has helmed the Cowboys’ rodeo program for the past decade and has seen participation jump from 15 members to about 50. Rodeo is not run through the athletic department at OSU but rather the Ferguson College of Agriculture. Scholarships for rodeo are available and the team has its own covered arena.

Intercollegiate competition is year-round with four rodeos in the fall and six in the spring. OSU competes against 18 other schools from Oklahoma and Kansas.

“I think it is growing in the Midwest,” he said. “I’ve noticed that in recruiting. A lot of my students are one or two generations removed from living on a ranch. With each generation, the geography is dispersing. We’re getting people with a rodeo background from all over the country and it’s growing in areas where it might not have been as strong before.”