Glanders has another mission, though. Through his business, SAGE, he wants to help veterans transition to working in the civilian world.

Glanders retired from active duty in the U.S. Army in 2018 and started working in business development for an environmental firm. He recognized there was a large gap in the federal workforce for service-disabled, veteran-owned small businesses, specifically in the environmental consulting sector. 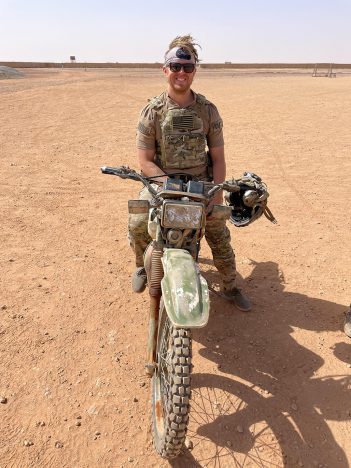 “So, I said, ‘Hey, if I start my own shop, would you guys want to partner up and go and chase some federal work?’ And they were all in,” Glanders said.

Glanders, 34, incorporated his business a week before the March 2020 COVID-19 lockdowns began.
“Which is probably the best time to start a business,” he said, laughing.

Glanders said SAGE’s main focus is environmental work on the federal side. Some of his main clients are the U.S Dept. of Veterans Affairs, mostly in Indiana, and the U.S. Navy and U.S. Army Corps of Engineers.

“It’s kind of interesting we haven’t done a ton of work locally,” Glanders said. “But that’s the nature of the beast when chasing government contracts.”

Locally, Glanders said he wants to enter contracts with the Indiana Dept. of Transportation or contracts for city work in Indiana. SAGE only works in the commercial area.

SAGE’s role changes depending on the client. For example, for the VA, Glanders said SAGE does asbestos abatement oversight.

“We work with abatement contractors, and we basically do the managing of the project and oversight for that,” he said.

Glanders still serves in the U.S. Army Reserves. A master sergeant, he recently returned from a six-month deployment to Niger.

Glanders said he plans to stay in Indianapolis so SAGE can have a “strong foothold” in the Midwest. He said there are plenty of government contracts in the Great Lakes Region and parts of Kentucky and Illinois.

“We are really trying to expand that way,” he said.

Glanders said Nexus Impact Center has been “phenomenal” helping him get started.

“One of the things we are really appreciative of is when we were looking for (space) the first year we got incorporated, it was COVID,” Glanders said. “So, everyone was working from home. We reached out to them and (Executive Director) Robin (Lee) brought us in in a nice, easy transition from working from home to over there.”

At Nexus Impact Center, Glanders was able to speak with other companies about navigating business ownership during the pandemic.

“It is not an easy feat, so having the support network there has been a huge help for us,” he said.

Businesses in the Nexus Impact Center must have a social impact element to the way they do business. Lee said businesses run the gamut. For example, one works with the opioid epidemic, one helps veterans coming into the workforce and one helps recently released inmates entering the workforce, among other causes.

“All those things are dual purpose,” Lee said. “So, yes, it’s a revenue model and everything (at the impact center) is priced under market to help businesses launch, grow and scale and move out of Nexus. You have to be a nonprofit or a for-profit embedding impact into your model.”
For more, visit sage-grp.com. 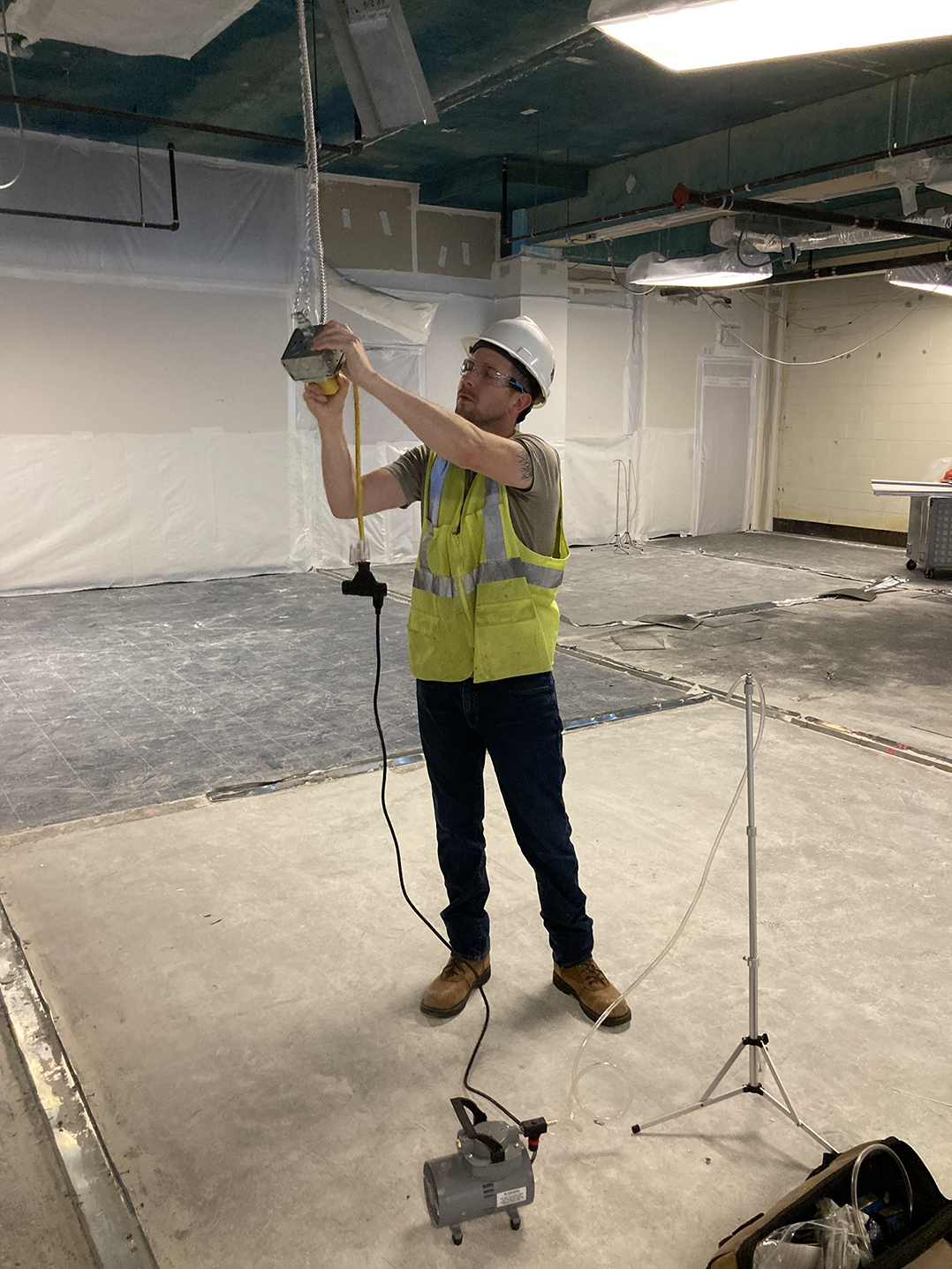 As a military veteran, Sam Glanders knows what it’s like to transition from active-duty military to the civilian world. He wants to make that transition easier for veterans.

“One of the things we really focus on is, how can we help the veteran community better?” said Glanders, who owns SAGE, an environmental consulting firm. “I was active duty for 10 years. How do I transition with these skills I’ve been doing for this long and then where is that sector?”

Without a college degree, Glanders wasn’t sure where he fit in the workforce.

“One of the things we are working on is how to transition military skills into a civilian resume,” he said. “You can’t just sit there and say, ‘Well, I was an infantry guy’ on your resume and that translates into any type of skills that the civilian world would sit there and say this (person) is attractive. But you weren’t just an infantry guy. You were in charge of X number of equipment. How many times did you have to do logistics to get that from Point A to Point B? As far as leadership, how many people were you in charge of? Try to verbalize those experiences into a manner a civilian can understand.”