You are at:Home»Current in Noblesville»Noblesville Business Local»Noblesville company strikes deal with Sam’s Club

When Jennifer Wiese started baking healthy snacks in her kitchen in 2008, she had no idea that the endeavor would eventually lead to a deal with Sam’s Club and Walmart. Her company, Bee Free, recently received a “golden ticket” at Walmart’s ninth annual Open Call.

The purpose of Open Call is to let businesses across the nation pitch their products to merchants from Walmart and Sam’s Club. 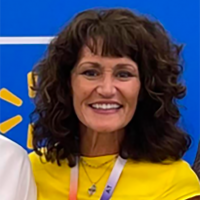 Wiese, who officially started Bee Free in 2010, was one of two Hoosier companies to receive a “golden ticket.” Wiese said a “golden ticket” is like a promise from the company to stock her products in its stores.

Warrior Mix, which is Bee Free’s best-known product, will be available at Sam’s Club stores in 2023. Wiese said she hopes the snack will be available at Walmart by spring of 2023. The healthy snack mix comes in a variety of flavors like original, chocolate and apple pie.

Wiese said one of the reasons she wanted to pitch her product to Walmart, which owns Sam’s Club, was because the company is trying to stock its shelves with more healthy snacks.

“We really thought it would be a good fit,” Wiese said.

Before her product was a good fit for Sam’s Club and Walmart, it was a good fit for her family. Wiese said one of the biggest reasons she got into healthy, gluten-free snacks is because one of her sons was diagnosed with autism at an early age. One of the ways she was able to support him was through his diet.

Aside from Warrior Mix, the company had previously produced cookies, pizza and a lemon cake. Wiese said people still ask her about the lemon cake.

Warrior Mix might be the only product right now, but Wiese said other products like a hot cocoa mix and snack bars should be arriving by the time cold weather arrives.

“We’re hoping we can get them all out pretty quickly,” she said.

Opinion: Not the same old runaround