What began with a spark of creativity during a bit of downtime has turned into a growing side business for firefighters Scott Carr and Rob Demlow. They have worked together at Station 92 for more than a decade and noticed that a lot of old, unusable fire hose was being thrown out. So, they found a way to give the hoses a second life by turning them into American Flags.

Although Carr and Demlow had created flags for fun and donated them to restaurants, in places ranging from Fishers to the bars of Nashville, Tenn., since 2018, they didn’t launch their company – Brotherhood Designs – until earlier this year. The two-man company makes flags and is sells apparel through 539 Apparel.

“It just started out as a cool symbol out of our profession, and it’s turning into something much bigger than either one of us thought it would,” Carr said.

Typically, old, unusable hoses are taken off the firetrucks and thrown away. However, Carr and Demlow clean and power wash each discarded hose and stretch them out over a wooden frame, turning each part of the hose into a stripe on the American flag. The flags take about three weeks to complete and come in a few different variations of the American flag, from rustic or painted flags to law enforcement flags with a blue or red stripe representing police and fire departments, respectively. 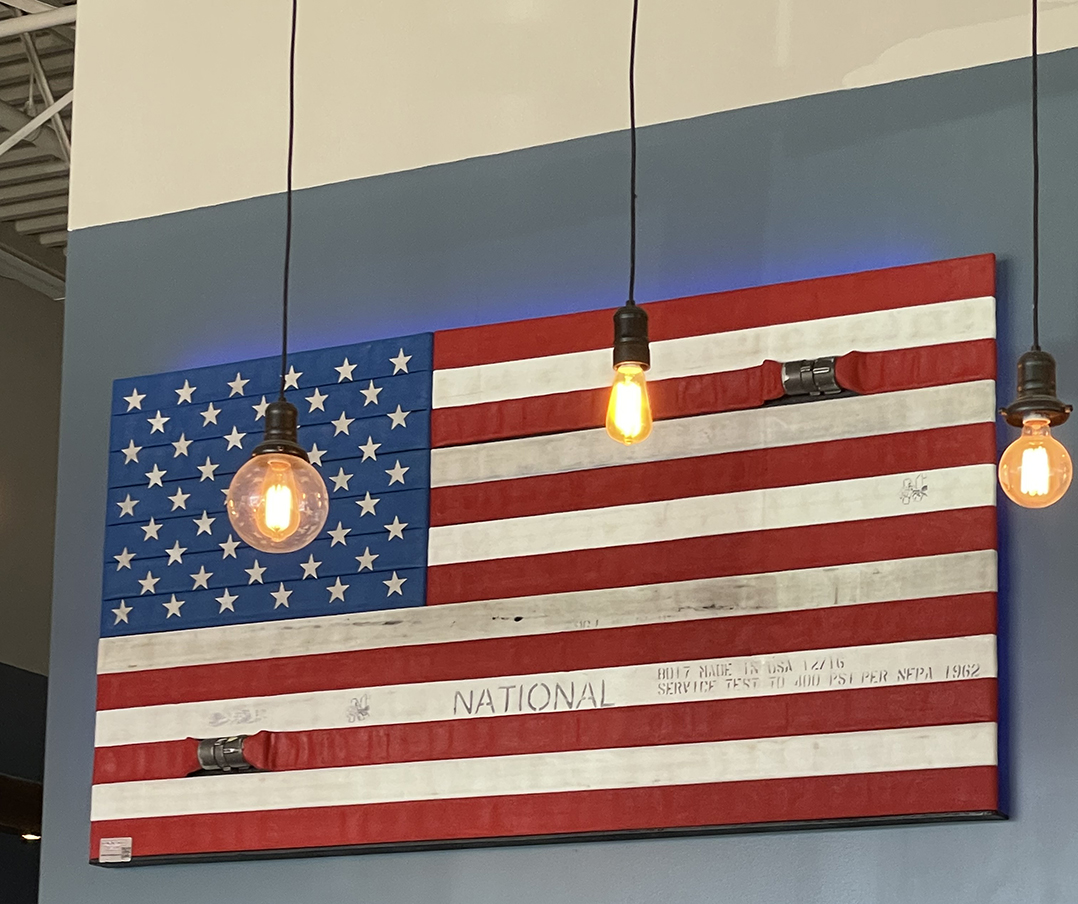 The flag hanging in FoxGardin Family in Fishers.

Carr and Demlow’s flags are displayed at the Ale Emporium and FoxGardin Family in Fishers and at bars on Broadway in Nashville and in homes across the U.S., including California. They got connected with bars in Nashville through some friends who sing down in the area. They then got the word out by taking trips to the Nashville area and meeting with bar owners and patrons. Although their business had a humble start, they have since met country music star John Rich of the Big & Rich band. Rich displays one of the flags in a bar he owns in Nashville.

Part of the reason Carr and Demlow focus on American flags is their own sense patriotism. And they want to rekindle patriotism across the U.S.

When they decided to take their business to the next level, Carr and Demlow started working with SCORE Indianapolis, a business that offers mentorship to new and growing companies. The mentors are all retired businessmen who help business get off their feet. It is through their mentors that Carr and Demlow hope to take their creations into the art world and make connections there. They are hoping to soon hang a display at High Frequency Arts in Hub & Spoke, a design center in Fishers near the Nickle Plate District.

Carr said exploring the art world is a bit out of the company’s comfort zone.

“It’s different. It is art and we’re seeing that there’s a place for (the flags),” Carr said. “It’s just not our thing. I mean, we’re not artists, we’re firefighters.”

Although the American flag is a classic symbol, every flag made by Brotherhood Designs is slightly different and unique.

“Every flag has a story, so there’s cuts in some of them and rips and burns and tears,” Demlow said. “And, you know, we might retire at the end of our career and have a bunch of stories, and to me, the hose has retired and has a bunch of stories.” 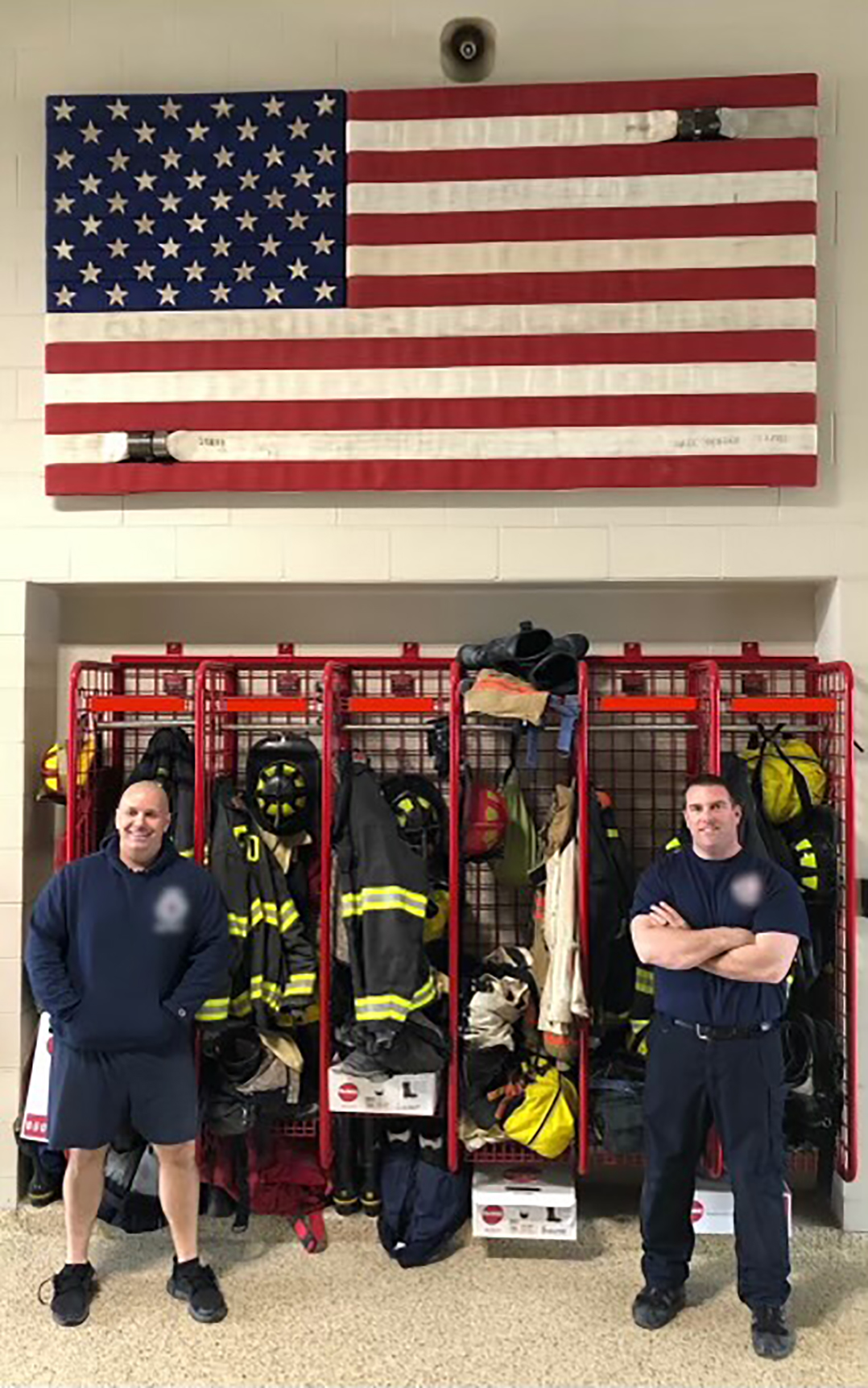 Carr and Demlow with the first flag they made in 2018 for their fire station.

Brotherhood Designs also sells sweatshirts and hats. To purchase apparel or inquire about flags, contact info@brotherhooddesings.net or visit the company’s at brotherhooddesigns.net. All apparel orders ship from 539 Apparel and will ship within two to three weeks.