You are at:Home»Current in Carmel»Carmel Cover Stories»Monon Square: Businesses scatter as demolition nears

One vacant building at the aging city-owned shopping center has already been demolished to make way for a roundabout at Range Line Road and Walnut Street, and the others are set to come down this fall.

Most tenants have relocated, some have closed, and a few still aren’t sure of their next step. The city is requiring all of them to vacate the property by Sept. 15 so utility work to redevelop the 8.7-acre site can begin.

Henry Mestetsky, director of the Carmel Redevelopment Commission, said tenants learned a year ago of the deadline to move out and that most of the businesses have been operating through month-to-month leases since the city purchased the site for $15 million in 2018.

“It’s a never-ending thing,” Mestetsky said. “In Carmel, small business is our life blood. It’s important that as the city redevelops, we do all we can for our small businesses.”

Business owners expressed mixed opinions about the city’s efforts to help them relocate. Nathan Doyle, owner of Union Brewing Co., said the CRC’s assistance has been helpful in searching for a new location, while others, like Eldon Brand of Jamaican Reggae Grill and Peg Durrer of Antique Emporium felt they were mostly left to deal with the matter on their own. Many expressed concerns about finding an affordable site in Carmel, and some were still looking.

Turner Woodard, a developer who recently purchased three aging Carmel buildings to revitalize, said he’s had discussions with several Monon Square tenants about relocating to one of his properties but hasn’t been able to reach a deal with any of them so far. He’s happy to keep working with those who want to continue discussions.

“When there are boutique operations or mom and pop operations, I think it’s imperative that a community try to help them as best they can,” Woodard sadi. “Progress happens, and Carmel is full of that, so I was happy to try and help them. At the moment, it hasn’t worked out where they’re relocating in any of my buildings, but maybe.”

Future plans for the Monon Square include extending Veterans Way through it and creating a street running east to west to divide it into quadrants. Mestetsky said he expects the Monon Greenway, which runs west of Monon Square, to eventually be improved, pending approval from the city council.

The CRC plans to seek requests for proposals to construct mixed-use buildings on the quadrants, possibly from multiple developers. A public parking structure will be part of the project, Mestetsky said.

The following explores the status of several current or former Monon Square tenants:

Owner Peg Durrer purchased the business in 2015 when it was in Shoshone Place and moved it to Monon Square in 2015. She enjoyed being in Monon Square and wouldn’t have moved if she had the option.

“(The new location) is 700 square feet smaller, not because I wanted it to be,” Durrer said. “My customer base was Carmel, so I wanted to stay in Carmel, and it was about all I could find.”

Durrer left a sign on the shop’s former Monon Square location that directs customers to the new space. Kirby Park East has traditionally been used as office space, and initially she had concerns about opening a retail shop there, but former Monon Square tenant Future Velo has joined her there, too. Durrer sees their relocation as a positive.

“The more businesses you have in the building, the more they help each other,” she said.

Business has been booming for Ristorante Roma since it moved from Monon Square to its new home in the Arts & Design District.

The site at 89 Veterans Way previously housed Burgerhaus, and Ristorante Roma owner Raffaele D’Eusebio considered it a prime location long before he had the opportunity to move in.

The timing worked out perfectly for D’Eusebio, who was able to buy out the remainder of the Burgerhaus lease at the same time his lease at Monon Square was set to come to an end. Ristorante Roma held a grand opening in its new building July 7.

“The old location was more of a hole in the wall kind of thing. We did very good food, but people didn’t want to come in because the outside looked very bad. Once they were inside they were like, ‘Wow, this is an incredible place,’” he said. “(Now) people look at us from the outside and they want to come in. I’ve been busier than ever the last few weeks.”

D’Eusebio said the CRC “went above and beyond” in helping Ristorante Roma relocate, from offering assistance from a broker to answering any questions he had along the way.

Since moving, D’Eusebio has doubled the number of employees at his business and has been able to expand drink offerings.

“Where I moved is exactly where I wanted to be,” he said. “It worked out for everyone.” 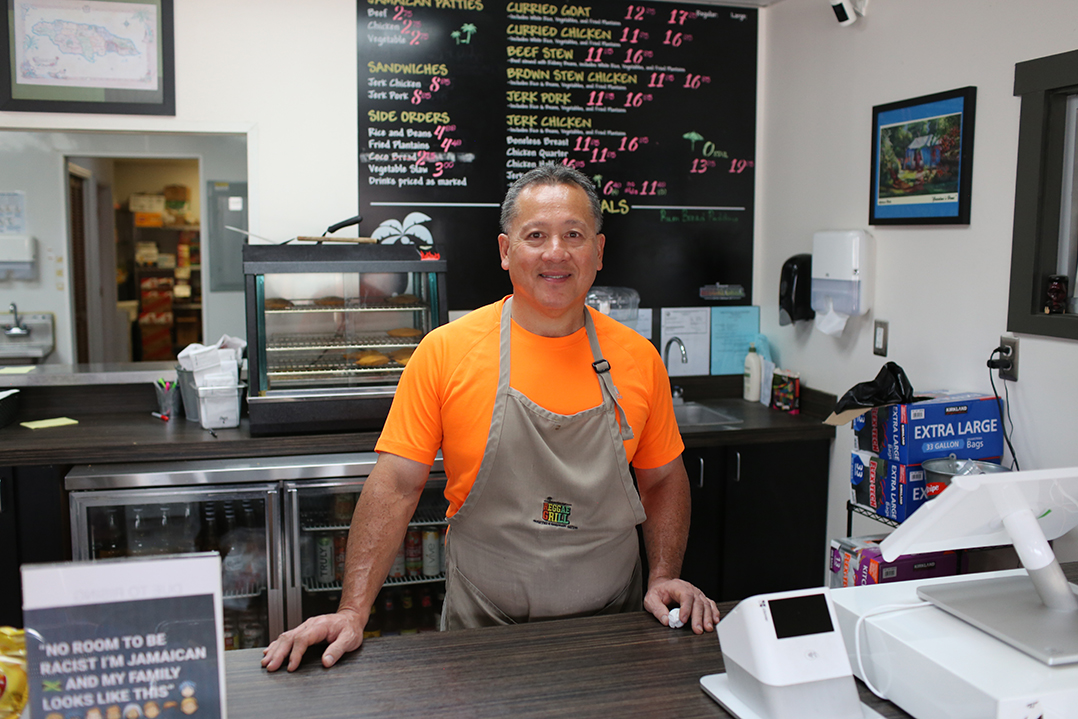 Jamaican Reggae Grill is still operating at Monon Square, and owner Eldon Chuck said he doesn’t know what will happen with the restaurant after Sept. 15.

In the months after the city purchased the shopping center in 2018, Chuck said he felt optimistic about the CRC helping him find a new location, but discussions fizzled out and potential options fell through.

“We’re back at ground zero,” Chuck said. “What started out as somewhat of a corporate effort has now become, ‘Hey, good luck.’”

Chuck would like to reopen in Carmel, but because it’s “quite expensive” he’s looking at sites in other cities, too. He’s also considering closing the business for good.

Union Brewing Co. is still in business at Monon Square, and owner Nathan Doyle is confident the brewery will soon have a new home in Carmel.

“After nearly a year of searching for the right home, including several hopes and disappointments, we are very close to announcing our future address,” Doyle said. “With the help of the city and Henry Mestetsky, we are excited for our future in Carmel.”

Union Brewing Co. opened in Monon Square in 2012. It is one of only a handful of breweries in the U.S. that specializes in cask-conditioned beer.

School of Rock plans to move into its new space at 890 E. 116th St., the former site of Quirky Feather Confectionery, in mid- to late September. Until then, the school expects to remain in operation at Monon Square, where it has provided music lessons for more than a decade.

Owner Steve McFarland said School of Rock would’ve likely remained in Monon Square for several more years before reaching a point where it needed to relocate to expand. He considered reopening at Monon Square once construction of the mixed-use development is complete but decided it wouldn’t be feasible.

“The rent was going to be a little too high for us,” McFarland said. “Those new spots are nice and fancy and not anything we can afford, unfortunately.”

Initially School of Rock planned to move to North End, a redevelopment project near 136th Street and Meridian St., but significant construction delays led to a change of plans, McFarland said.

The business, which sells electric bicycles, launched in Monon Square in June 2020, so owner David Cabanban knew from the start he would soon need a new location. He said he’s been pleased with the new space, which has more visibility for car traffic than the previous site but is still easy to reach by bicycle.

“It’s slightly larger. I think it’s an absolutely great fit,” he said. “We’re close to the Monon, and we’re only half a mile south of where we were before. It’s pretty easy for people to find us.”

Cabanban believes Future Velo is well positioned to grow. He said the company is preparing to introduce its own brand of electric bicycles produced in the U.S. and that he aims to eventually expand to additional locations.

The Gleaning Garden’s last season of growing produce for anyone who needed it was in 2021. Andrew Fritz, who launched the garden a decade ago just south of Union Brewing Co., said Carmel Mayor Jim Brainard had discussions with garden volunteers to try and find another location, but a new site “never fully materialized.” Fritz, who moved to California, doesn’t anticipate the garden reopening.