You are at:Home»Current in Westfield»Westfield Community»Westfield council hears update on group’s work on disabilities

The Westfield Mayor’s Council on Disabilities wants to help individuals with housing, transportation and workforce development as it looks ahead to the future. 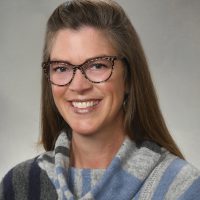 An ordinance establishing an advisory council was considered, but ultimately rejected by the council in March. That move led Mayor Andy Cook to establish the Westfield Mayor’s Council on Disabilities.

Tedesco said the council was established to “proactively address barriers impeding on the lives of people with disabilities in Westfield through education, advocacy and awareness events that increase overall disability awareness in the community.”

During the months of April through June, Tedesco said the council held several meetings to establish its foundation, develop a mission and short-term and long-term goals, in addition to creating a logo, website and social media pages. She added that the group also worked with various individuals from the city, including Westfield Chamber of Commerce CEO Steve Latour, among others.

“Without those resources, we wouldn’t be where we are today,” Tedesco said.

“We created a roadmap, but we can’t do it without you,” she said.

Tedesco said the council will celebrate the 32nd anniversary of the Americans with Disabilities Act from 11 a.m. to 1 p.m. July 26 at Grand Junction.

For more on the council, visit westfieldmcd.com or on Facebook by searching “Westfield Mayor’s Council on Disabilities.” Individuals can also e-mail info@westfieldmcd.com.