“This is a huge dream role for me, so I’m so excited,” said Tanselle, who is headed to Northwestern University to major in pre-med and minor in musical theater and dance.

Tanselle, a 2022 Park Tudor School graduate from Carmel, plays Peggy Sawyer in Civic Theatre’s Young Artists Program’s production of “42nd Street” July 28-31 at The Tarkington at the Center for the Performing Arts in Carmel. 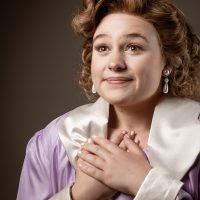 Sawyer has to fill in for the leading performer, who breaks her ankle.

“Her dream is to be in the chorus,” Tanselle said. “She never expects what happens in the show to happen to her. She is pretty easy for me to relate to. She taps a lot, which is my favorite kind of dance in music theater. She is bright-eyed. She has a lot she wants to accomplish, so I relate to her optimism and her dreams and aspirations.”

Tanselle said she is so passionate about the musical and her character that she tends to want to overdo it sometimes. Her biggest challenge is finding the right balance.

“Our director, Emily Tzucker, has been working with me finding the authenticity in the character,” Tanselle said. “I’m trying to play what I think she is supposed to be.”

Tanselle has been performing in Civic Theatre productions for 10 years.

“It’s really bittersweet,” she said of her final role for now. “But I love this show. I’ve been tapping for 13 or 14 years. As a tapper growing up, this is a show I was very much familiar with. It’s the role I’ve always wanted to play.”

One new aspect for Tanselle is the dancers have to tap in heels rather than their usual flat shoes.

“It’s more a joy than a challenge because I’m having so much fun,” she said. “Yes, the steps are hard and really fast, but it’s so much fun you forget the stress of it.” 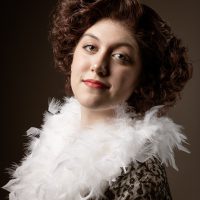 Jilayne Kistner, who will be a junior at Zionsville Community High School junior in August, plays Dorothy Brock.

“I really like how she truly is the diva of the show,” Kistner said. “She is the embodiment of a ‘girl boss’ in today’s words. I’ve never gotten to play a role like her, so I think it’s a cool opportunity to have a lot of fun developing my character.”

Kistner said she doesn’t see a lot of herself in the character.

“I’m a strong and independent person and she does give off a lot of that (vibe),” Kistner said. “She is not the nicest character in the world.”

Kistner said her character doesn’t tap but she is given the opportunity to tap in the opening and finale of the show.

With her mother, Jennie Kistner, being a vocal teacher, Kistner has been singing since she was very young.

“Anytime I’m in a show, I’m the happiest I can ever be,” Kistner said. “It brings me so much joy to sing and dance and do what I love. I saw ‘42nd Street’ when Beef & Boards did it a couple of years ago, but I wasn’t super familiar with the music. I love a good golden age musical.”

This is Kistner’s first YAP show, but she performed with Jr. Civic for two years.

“It’s been fun to reunite with Jr. Civic, and I know a lot of people from Zionsville from the show choir or the school musical,” she said.

Anjali Gupta, who will be a ZCHS senior, plays Phyllis Dale.

“I think a hard part is her character is trying to stay upbeat and happy all the time,” Gupta said. “But (she’s) also been sassy at the same time because you don’t want to come off as rude. So, I’m trying to balance those two sides of her character.”

Gupta said she is getting used to the fast tapping.

“I’ve done tap for several years. It’s my favorite type of dance,” said Gupta, who has been performing in musicals since elementary school.

Tzucker, a Carmel resident and Ball State professor in the theater and dance department, said the cast has rehearsed for several weeks.

“In five weeks, we’re pulling together what is considered one of the most enormous and beautiful big tap musicals ever made,” Tzucker said. “The show has a lot of leads and a big ensemble.”