“I am looking forward to being a part of this amazing community and bringing my experiences and leadership skills to an already great team at Mt. Vernon,” Hamilton stated.

Hamilton’s experience in education ranges from being a kindergarten and third-grade teacher to working as a technology integration coordinator. 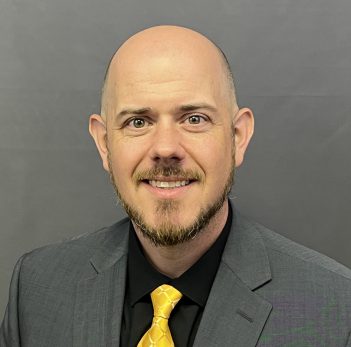 MVSC Supt. Jack Parker said Hamilton’s experience working with students, teachers and technology made him stand out as a candidate. Parker said technology plays an important role in the lives of students and teachers at MVSC.

“Really, technology pervades all the work that we do,” Parker said.

Since 2015, MVSC has provided all students in grades K-12 with their own devices. Parker said instructors use technology for a variety of purposes, but especially communication. MVSC’s instructors incorporate portable and desktop devices, according to Parker.

Parker said Hamilton and his work with teachers and help plan and coordinate MVSC’s technological needs. Parker said that having a quality director of technology is essential in today’s environment, especially given the fact that it’s such a dynamic setting.

“Part of the work is just keeping up with all of (the changes),” he said. “We really do have some great people supporting our district,” Parker said..