Thirteen-year-old Ellie Cooley of Carmel is precocious when it comes to throwing a discus, but her success threatens another achievement at home.

On May 20, Ellie Cooley broke a nearly 40-year county record for middle schoolers by heaving the discus 103 feet, 7 inches at the Hamilton County Track and Field meet at Hamilton Southeastern High School, besting the old standard by 1.5 feet. 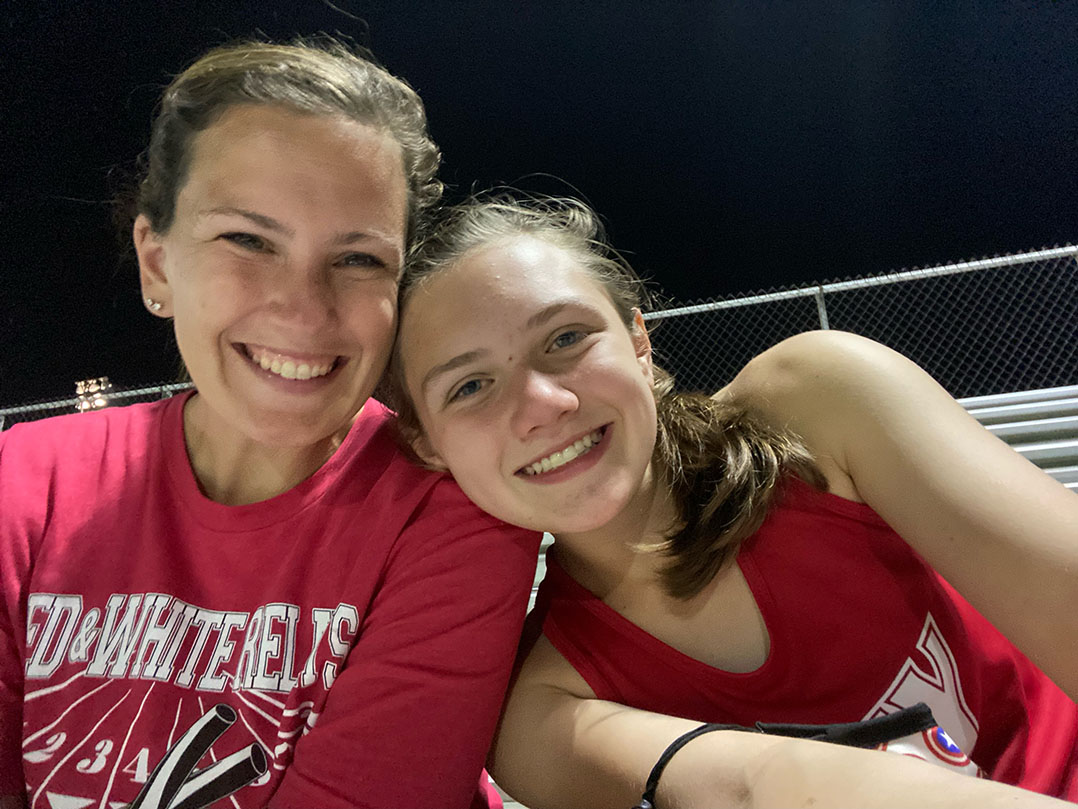 The person who had come closest to breaking the record before Ellie did it just happened to be her mom and coach, Courtney Cooley.

“She finished business for me,” Courtney said, laughing. “I was unable to do it. She came along and took care of it.”

Ellie, who will be in eighth grade in the fall, was initially uncertain if she broke the record.

“It was hard to tell from where I was, but I could tell it was a little further than my other ones, so I was hoping,” she said.

Track and field success runs in Ellie’s family. Courtney’s two brothers excelled in javelin at IUPUI and discus at Carmel High School, and Courtney’s sister was a long jump star.  Courtney made it to the IHSAA regional in discus during her sophomore and junior years at Westfield High School before injuries made her unable to compete her senior year.

Ellie fell in love with track and field by cheering on her aunt and uncles. Soon, the other sports she had tried faded into the background. Courtney said form is key for girls throwing the discus, especially athletes like Ellie who are smaller in stature. Ellie agrees and likes the emphasis on form as opposed to brute strength, a key attribute of shot put, which she also competes in, but not as successfully.

And then there’s determination.

“Her work ethic is honestly what does it for her,” Courtney said. “After practice she asks me to go to other places and practice some more. She works very hard at it. She’s that way with everything. She puts her mind to something, and she does it.”

Courtney works as an instructional assistant in Clay Middle School’s functional academic program and is the throws coach for the girls track team. She has been in the Carmel school system for 12 years. This is her third year at Clay Middle School.