The Center for the Performing Arts’ 2022-23 season schedule should be good for a few more laughs.

For the first time, the season, which was announced May 23, will include a comedy series.

“I’m a big fan of comedy,” said Jeffrey C. McDermott, president and chief executive officer for the Center for the Performing Arts and the Great American Songbook Foundation. “I took our comedy course a few years ago and it’s a course I really enjoy. I wanted to see us do more comedy. Frankly, it’s very popular. It tends to make good money for us, which helps us support some of our other mission shows, which may not be as commercially viable to provide for the community. We have three booked so far and we plan to book some others.” 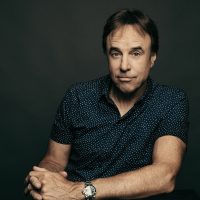 Kevin Nealon is set to perform April 7, 2023 at the Palladium as part of the comedy series. (Photo by Diana Ragland)

McDermott said more than 50 performances are set, which is more than the Center has had when making its season announcement. McDermott said he anticipates 15 to 18 more will be made during the season. He said some most commercial acts schedule only four or five months in advance. For instance, McDermott noted that John Legend and Sting were added to the 2021-22 season after the initial announcement.

“I think we have something for everybody, everything from larger commercial artists to great comedy, classical and Songbook (performers),” McDermott said.

Making their Palladium debuts this season are the iconic West African singer Angelique Kidjo, jazz-pop pioneer Herb Alpert, R&B legends Tower of Power and singer-actress Marie Osmond with an orchestra for the holidays.

“Marie Osmond is one we’ve wanted for a long time,” McDermott said. “To get her for a holiday show is something people will really be excited about.”

In a rescheduled performance from the 2021-22 season, jazz singer Diana Krall will perform Oct. 11.

McDermott is most excited about the rescheduling of a free concert by the U.S. Army Field Band and Soldiers’ Chorus. That performance was set for March 13, 2020 but was canceled because of the COVID-19 pandemic.

“They were literally loading in when the governor’s executive order came in that performances like ours couldn’t go on,” McDermott said. “It was hard telling them they had to load everything back up. Then we had 1,600 people coming for the free concert, so we had to let them know.” 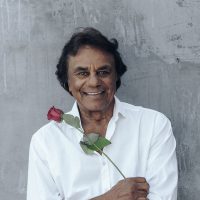 Johnny Mathis will perform Oct 15 at the Palladium. (Photo by Elliot Lee Hazel)

One performer who always sells well, Johnny Mathis, will perform Oct. 15 with his Voice of Romance Tour. Michael Feinstein will perform his annual spring concert April 29, 2023. Feinstein will celebrate Judy Garland with a concert production celebrating what would have been her 100th birthday. Feinstein’s friend, Liza Minnelli, Garland’s daughter, is the executive producer for a multimedia presentation of film clips, photos and rare concert footage.

New this season is a speaker series featuring experts from National Geographic sharing their knowledge of wildlife and exotic corners of the world. Each of the three evening presentations is preceded by a free morning matinee for central Indiana students.

“I expect more National Geographic-type performances,” McDermott said. “We’ve never had them at the Palladium before. We’ll utilize our big video wall for them. It will be a special series. I think it will be a popular series for us for the paid performances and the educational aspect.”

The Lviv National Philharmonic Orchestra of Ukraine will perform Feb. 24, 2023.

“I expect that to be a big audience,” McDermott said. “I think we’re going to see the community really support them. I anticipate we’ll do some sort of fundraising activity to support the people of Ukraine in conjunction with that program.”

McDermott also is proud there is a wide range of diversity among the artists featured.