You are at:Home»Current in Carmel»Carmel Cover Stories»‘It’s been so rewarding’: Nearing retirement, longtime CPD officer reflects on career as K-9 handler, SRO

With the end of the school year looming, two members of the Moore family are preparing to say goodbye to Carmel High School.

Miraya Moore will graduate with the Class of 2022 before heading to the University of Kentucky to study nursing. Her father, Scotty Moore, is retiring from the Carmel Police Dept. and his role as a school resource officer in the freshman center to spend more time pursuing his hobbies and babysitting his grandkids.

The timing is no coincidence, as Moore has been eligible to retire for many years. But with his daughter leaving the school, Moore, who previously worked as a K-9 handler, felt the time was right to wrap up more than 31 years with CPD.

“The job (at CHS) is awesome,” Moore said. “Other than working with dogs, this has been the most enjoyable part of my law enforcement career.” 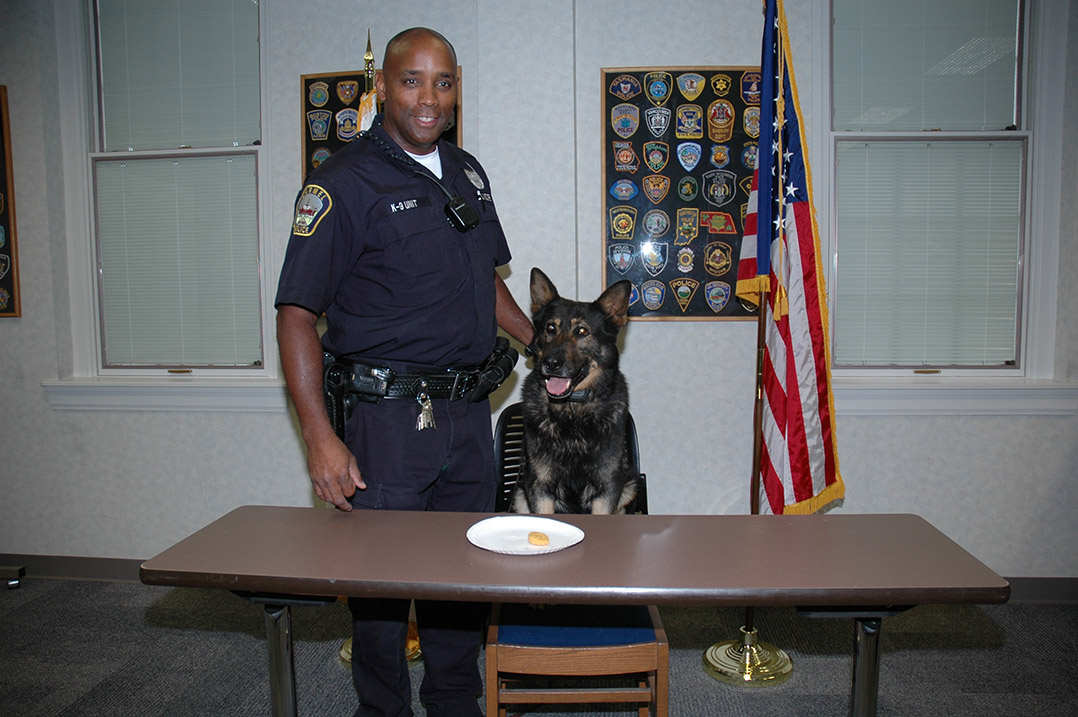 Moore, 62, a Carmel resident who grew up in Indianapolis, can’t remember a time when he wasn’t “fascinated by dogs.”

Instead, he decided to become a police officer, hoping that one day he’d have the chance to work with a K-9 partner. He joined the Indiana State Police in 1984 as a state trooper assigned to Hamilton County. In 1990, Moore became the first Black officer ever hired by CPD.

Three years later, he got his first chance to work with dogs when he became a K-9 handler, a role he held for 21 years. During that time he worked with three German shepherds who were trained to detect a variety of drugs and to track and apprehend suspects who committed certain crimes.

In 2014, as his body kept reminding him that being a K-9 handler is a “young man’s job,” he decided to become a SRO. Moore said he had previously joined other road officers in poking fun at the SROs for their seemingly easier jobs, but he soon realized how busy they were every day.

SROs in Carmel have the authority to enforce laws and make arrests, but the vast majority of their time is spent building relationships with students, serving as a positive role model and helping them connect with resources.

“It’s been so rewarding,” he said. “There’s not a day I walk into a building where I’m not excited to come in and go to work.”

In retirement, Moore plans to resume working with dogs by starting his German shepherd puppy, Neko, in a German-inspired competition called Schutzhund that tests various canine skills, such as tracking, obedience and protection. He hopes to reach the top levels of the sport, which can take up to four years. 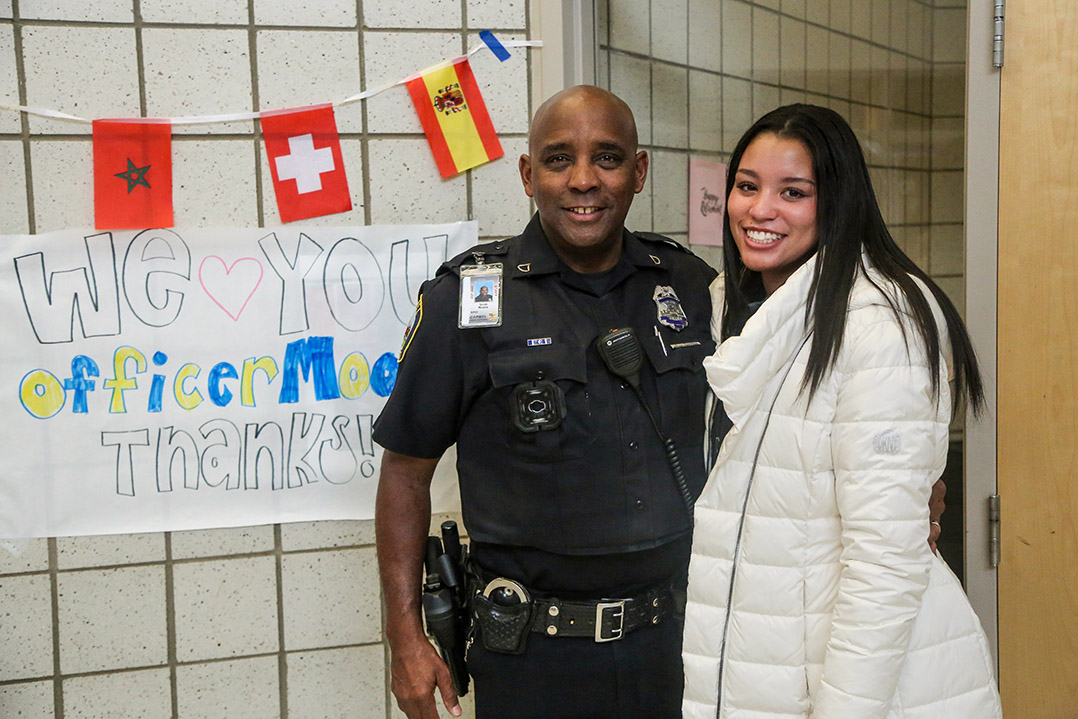 ‘They are my kids’

Miraya Moore said it has been “weird” to see her father on campus every day, but she said his presence makes her feel safe and she “wouldn’t change it.”

“I see him all the time talking to students, making interactions and connections,” she said. “He’s a very outgoing person to begin with, so he fits the role perfectly.”

“Every year, Officer Moore would speak to our new freshmen parents and would ease their anxiety by this simple statement, ‘My daughter is here and you better believe I want to keep her safe. That is my job, and when your kids are here, they are my kids,’” Skeens-Benton said.

CPD Lt. Joe Bickel, who got to know Moore when they both worked the night shift many years ago, described Moore as a “dependable, reliable, staple employee” throughout his time on the force.

“He’s very likeable, very approachable. Even though he’s kind of a bigger guy in stature, he’s really a teddy bear at heart,” Bickel said. “He really loves the kids and is willing to help people, no matter what.”

“I’m overwhelmed,” Moore said at the event. “I don’t get too emotional about things, but this has brought tears to the old guy’s eyes. This makes me know that I’m appreciated by the staff here and students and makes it all worthwhile.”

When Scotty Moore graduated from John Marshall High School in Indianapolis in 1978, he didn’t have enough money to attend college. So, he decided to join the Marines.

After serving at two military bases in California, he reenlisted and was assigned to guard U.S. embassies, first in Khartoum, Sudan, and then in London.

“You can’t truly appreciate America until you go live in another country,” Moore said. “I thought I knew poverty in the inner city until I got to Sudan. It was totally different.”