You are at:Home»Current in Carmel»Carmel Community»Expert: Roundabouts safe but ‘frustrating’ for pedestrians

Carmel has become renowned, in Indiana and beyond, for its 140-plus roundabouts, which have been shown to improve efficiency and safety for drivers compared to signalized intersections.

At the same time, the city has spent the past several years redeveloping its downtown and Midtown areas and adding pathways elsewhere to encourage more travel by foot and bike.

That’s left some Carmel residents wondering if it’s possible for a city to promote vehicle efficiency and pedestrian safety at the same time.

“The nature of a roundabout is that cars always have the right-of-way and pedestrians never have a clearly delineated time to cross, so pedestrians are always crossing at the mercy of cars,” said Carmel resident Kate Brandt, who enjoys traveling the city as a pedestrian and bicyclist but has trepidation about crossing roundabouts.

Carmel Mayor Jim Brainard has long touted the safety benefits of roundabouts for drivers, which include reducing injury accidents in the city by approximately 80 percent (and reducing accidents overall by approximately 40 percent) and fuel savings achieved by spending less time idling at traffic lights. But information on their impact on pedestrians in Carmel is a bit harder to find. The city attorney’s office denied a public information request from Current to view information about accidents involving a vehicle and pedestrian or bicyclist, citing the request as a “fishing expedition.” 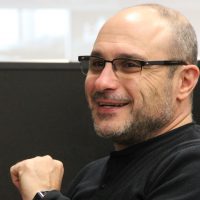 On a national scale, however, research has shown that, despite public perception, roundabouts are safe for pedestrians, although they can be less convenient.

“Pedestrians have a safe crossing (at roundabouts), albeit a very frustrating one because the drivers don’t yield,” said John Hourdos, director of the Minnesota Traffic Observatory at the University of Minnesota, who has conducted studies on roundabouts and pedestrian safety.

During a study published in 2012 that examined pedestrian and bicycle crossings at two roundabouts in Minnesota, Hourdos and his team planned to use the data it collected to study the accidents and near-accidents but was unable to do so because none occurred during the data collection period.

“Overall crash frequency is reduced across the board. Motor vehicle crashes, pedestrian crashes and bicycle crashes are all reduced at intersections where they’ve been converted from a traditional design to a roundabout,” Manning said. “It’s a lot more intuitive for pedestrians in that they only have to cross one direction of traffic at a time and only have to watch one lane approach.”

According to a 2019 report from the National Cooperative Highway Research Program, which examined crash histories of more than 300 roundabouts over an average seven-year time period, there were not enough accidents involving pedestrians or bicycles to allow researchers to develop a model to predict when and where they might occur. During the study, there were only 25 crashes involving pedestrians, 74 involving bicycles and more than 6,600 involving vehicles alone.

Students respond to plans for 2 roundabouts by high school

Both roundabouts will be adjacent to Carmel High School, which has led to mixed reaction from drivers and students, especially because the intersection at Richland Avenue is heavily used by students traveling between the school and the Carmel Clay Public Library.

“It would definitely help with the traffic in the mornings or after school when parents are dropping off students or picking up,” she said. “There’s a lot of congestion on Main Street.”

Senior Zendalin Hibbard-Hernandez said she doesn’t see a need for the roundabouts.

“The system we have now is going pretty good,” Hibbard-Hernandez said. “Unless there’s strong reasons to change it, I don’t see why they would.”

Carmel Clay Schools Supt. Michael Beresford said the district has worked closely with the City of Carmel and the Carmel Police Dept. in planning for the roundabouts.

“There was a lot of collaboration,” Beresford said. “There were a lot of experts involved. At the end of the day, I do think it’s going to be safer.”

To improve safety, both roundabouts will include raised crosswalks, and two mid-block crossings will be installed with flashing beacons to alert drivers of pedestrian traffic. Main Street will be reduced from four to two lanes with a landscaped median.

According to city officials, the redesigned roadway will improve pedestrian safety by forcing drivers to slow down and providing fewer lanes for them to cross.

The road will be closed during construction, which is expected to be substantially complete before school resumes in August.