During Sarah Johnson’s freshman year at Ball State University, she began having bizarre symptoms after eating.

“At first it felt much like I was coming down with the flu,” the 1995 Zionsville Community High School graduate said. “Within 20 minutes of eating a meal, I experienced waves of nausea, clamminess, an immediate need to rest, often leaving me incapacitated. After a couple of hours, my symptoms would vanish. Over time, my symptoms got worse, and I developed intense pain just below my breastbone. The symptoms became both longer in duration and more frequent, forcing me to seek medical attention. 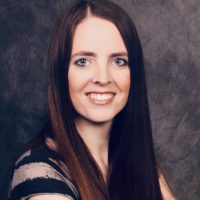 “I began to fear eating and as a result, my weight started to plummet, as did my energy, nutrition and overall health.”

It took 23 years for Johnson to be diagnosed with superior mesenteric artery syndrome. She was diagnosed in the spring of 2018 after a physical therapist’s suggestion to see a vascular doctor. The New Palestine resident, whose family goes back five generations in Zionsville, wrote a book about her survival story called ‘A Devil Inside of Me: Finding Jesus in a Life of Struggle.”

“It’s a condition where an abnormal artery angle causes compression of the duodenum,” Johnson said. “It was discovered using a CT scan with contrast, done by a vascular surgeon. Essentially, eating certain foods was like trying to get a watermelon through a straw. My body couldn’t process food beyond that problem area the way most people can, and it caused my body to react in a strong way.”

After searching for the Midwest for a surgeon who could perform a duodenojejunostomy procedure to cure her disorder, she found Dr. Joseph J. Pavlik in Indianapolis. At the time of her operation in September 2019, she said her weight had dropped to a low of 115 pounds.

“I was desperately thin and weak from not eating,” she said.

Johnson, 45, said after her lifesaving surgery, she knew that she wanted to help others through her experience.

“Ultimately, I wanted to write the very book that I wish I’d been able to find when I was really struggling,” Johnson said. “There are so many people in the world facing all kinds of tough circumstances. I wanted to be a source of hope for anyone that might find my story inspirational.”

“There were many times that I felt alone and desperate for answers to some hard questions,” Johnson said. “Those dark moments led me to remembering things that my family had taught me as a child, about Jesus and about the Bible. I found that spending time reading Scripture helped me mentally and emotionally. There were passages I found that made me feel more relaxed and reassured, and so as I continued my quest for healing, I developed a strong relationship with God. This is why I wrote a Christian book. I wanted to give people the chance to grow their faith, even as small as a mustard seed (Matthew 17:20). Jesus calls us to be disciples.

“My life-altering experience has created in me a desire to share the love of Christ with anyone willing to listen, or in this case, to read.”

Johnson delivered a sermon March 13 at her family’s church, Salem United Methodist Church in Zionsville. Her message, “Why Me, Why Now, Why This”, was crafted to correlate with her book’s content.

“I spoke about fear and what to do when it strikes. I also talked about trusting (Jesus) and having faith, along with the importance of telling others about the love Jesus has for us. ‘Knock, and the door will be opened to you’ (Matthew 7:7-8),’” said Johnson, whose book is available on amazon.com.