The Zionsville Community Schools board of trustees on May 9 unanimously voted to formally launch a succession plan to install Associate Supt. Rebecca Coffman as the district’s top official when Supt. Scott Robison retires on Feb. 1, 2023. 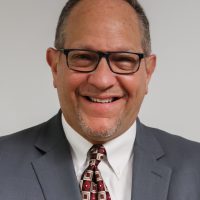 Robison, who joined ZCS in 2006, said Coffman has many qualities that make her a good fit for the role.

“Becky Coffman has served as a ZCS  teacher, assistant principal, principal, operations lead, assistant superintendent and associate superintendent,” Robison stated. “She possesses high integrity, intellect, balance, substantial fortitude and the many other skills and dispositional traits required to be successful in this complex role.”

Coffman, a graduate of Butler University, joined ZCS in 2001 as a middle school science teacher and coach. She served as the Zionsville Middle School assistant principal from 2007 to 2012, when she was named principal of Union Elementary. She has served as a school safety specialist and liaison with several Boone County safety agencies.

A Zionsville resident, Coffman and her husband have three children.

The district will hold a legally required public meeting at 6 p.m. June 2 at 900 Mulberry St. to gather public feedback on a proposed contract between the board and Coffman.

The proposed contract runs from July 1 to June 30, 2025, and covers Coffman’s role as superintendent successor and superintendent. Her proposed annual salary is $157,805 when the contract begins and jumps to $175,000 upon Robison’s retirement, with a potential for annual 3 percent increases based on performance.

The proposed contract also includes $7,000 per year as a travel allowance, health insurance, reimbursement for internet service costs and other benefits.

The board is expected to vote on the proposed contract during a public meeting set for 6 p.m. June 13.