You are at:Home»Current in Westfield»Westfield Education»Marvel to become Monon Trail Elementary principal 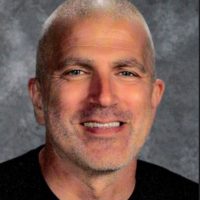 Jeremy Marvel expects a smooth transition to his role of principal at Monon Trail Elementary.

That’s because Marvel has been in the Westfield Washington Schools system as an assistant principal at Shamrock Springs Elementary since June 2017.

“It makes it a lot easier to know the district’s initiatives and goals and how they are trying to align everything. It makes it easier with that transition,” Marvel said. “Knowing the elementary schools are pretty similar with a lot of those things definitely helps out.”

Marvel, 43, said his goal of being principal evolved.

“I didn’t even know I wanted to be an assistant principal when I was teaching because I loved the classroom so much and loved having that experience with 25 or 26 kids in my classroom,” said Marvel, who taught in Pike Township’s New Augusta Public Academy South in Indianapolis for nearly 10 years. “Down the road, I figured if I ever did want to do it, I should go back to school to get my admin license. I did it and I got lucky that they passed a referendum to hire three new assistant principals. Right when I finished my degree, I was able to apply for this position.”

When the principal position came up, he decided to apply.

“I felt like I was ready to take the next step and really fit with Monon and where it’s headed,” said Marvel, who has lived in Westfield since 2010. “I feel like it’s a pretty good match.”

Marvel said instead of the traditional July 1 start, he will be able to start his new position June 1. Marvel said the earlier start should help develop relationships over the summer.

After graduating from Indiana State University, Marvel had an information technology position with Sallie Mae in Fishers for two years.

“The cubicle life wasn’t for me, so that’s when I went back to school to be a teacher,” Marvel said.

Marvel received his elementary education degree from IUPUI and his master’s degree in education leadership from Indiana University.

“He lives out his core principles, collaborator, student-centered, and builds trust by building strong relationships with all stakeholders,” Hedges stated. “Although he will be severely missed by the entire Shamrock Springs family, we are thankful that he helped make Shamrock Springs become a better place due to his positive leadership.”