You are at:Home»Current in Geist»Geist Community»Lawrence secures $1.7 million for trails enhancement

The City of Lawrence is one step closer to better connecting its community after receiving a $1.7 million Indiana Dept. of Natural Resources Next Level Trails grant April 20.

Funding will be used to construct two 10-foot-wide pedestrian trail segments in Lawrence. 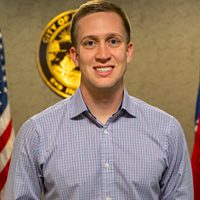 Lawrence Deputy Chief of Staff Joe Murphy said acquiring the grant took several years. The city first applied in late 2019 and learned in 2021 that its application was denied.

“We went back to the drawing board and evaluated what went well and what didn’t go well,” Murphy said. “Going into the next round of funding, we knew where we were at and our strengths and weaknesses.”

The city rewrote its proposal for the same request and this time received a grant. Lawrence will now begin the design phase. Murphy said he hopes construction can begin next year and be complete in 2024.

“It’s the next step in a continuation of effort the city is making to try to develop trails that already exist and extend those to touch new residents,” Murphy said. “This is a landmark award for the city. We have never received this funding for trail building before, so we are hopeful this is just the start of our trail building and not the end.”