You are at:Home»Current in Carmel»Carmel Community»IU researcher leads effort to improve therapy for hemophilia

A Carmel resident is at the forefront of developing ways to improve gene therapies for hemophilia, a genetic disease.

Roland W. Herzog, an Indiana University School of Medicine researcher, will lead a multi-institute effort with help from a $12 million grant from the National Heart Lung and Blood Institute. 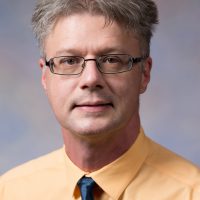 “The gene that is defective is on the X chromosome, so it is typically boys that are born with the disease,” Herzog said.

The X-linked genetic condition prevents blood from clotting properly, and it occurs in about 1 out of 5,000 male births worldwide, Herzog said.

“There are a number of different ways hemophilia can be treated,” said Herzog, a Riley Children’s Foundation professor of immunology. “One of the newest is to use a gene therapy. As opposed to other kinds of treatments, in this case the idea is you give the gene-based drug once, then you’ll have a therapy that will last for years. The hope is maybe even for a lifetime.”

“That restores the ability of the blood to clot, so the person won’t be at risk for bleeding,” Herzog said. “You inject it, and a couple days later it’s gone, and you have to inject it again. The idea behind the gene therapy is you transfer a gene that codes this clotting factor inside the person’s own cells, so the person’s own body is able to produce this consistently.”

A gene therapy approach uses adeno-associated viruses as a delivery mechanism to provide the body with the information it needs to produce its own clotting factors. It transfers into liver cells to make the clotting factor and secrete it into the blood.

“The blood’s ability to clot in case of injury is restored,” Herzog said. “That’s been working fantastic in various laboratory studies and promising in clinical trials, but what was unexpected in the clinical trials is this therapeutic level was declining over time.”

Herzog said it proves researchers need to understand more of the biology of the gene therapy for two reasons.

“One is to understand better what the limitations are and how to overcome them, so the therapy lasts at the level we’d like it to see to prevent bleeding long term and to make sure the therapy is safe,” Herzog said. “The clinical trials are done by big companies and large corporations, and they have their own research.”

Herzog said it would be better if an academic institution were working on the study in detail.

“So, you have someone who has the expertise but doesn’t have those financial conflicts and is more tuned in to basic science,” he said. “Gene therapy is a complex type of therapy.”

So, Herzog is teaming up with some of the nation’s leading experts to study different scientific disciplines.

“We form a unique team of scientists located here at IU as well as elsewhere,” Herzog said. “We put our expertise together and said we’re going to focus on this problem as a team.”

“Working toward that grant, the group has already been collaborating to get this kind of award,” Herzog said.