Larry Nicolet clearly remembers the day his wife, Joan, turned to him while they were attending an event at Butler University’s Hinkle Fieldhouse and asked if he was OK. It was a Sunday in February of 2011.

“I was turning jaundiced, and my eyes were yellow. (My wife) said, ‘You don’t look right.’ I figured it must be the lighting in the fieldhouse,” Nicolet said.

But the next day, co-workers and his barber also told the Zionsville resident the same thing and that he should see a doctor as soon as possible.

Less than a week later, Nicolet, who was 62 at the time, learned he had pancreatic cancer. He underwent a successful surgery, known as a Whipple Procedure.

“My family was so supportive the whole way. All of my kids showed up at the hospital when I had the surgery,” Nicolet said. “I just trusted in God that I was going to get through this.”

Pancreatic cancer has the highest mortality rate of all major cancers, with a survival rate of 11 percent. In 2011, the survival rate was only 5 percent. 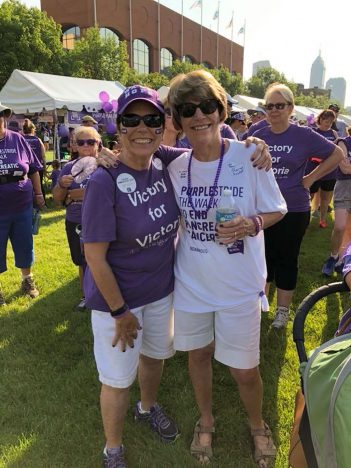 The disease hit home for another member of the Zionsville community when Jenny Bivans’ sister, Vicki Winkler, was diagnosed in 2016, and after a few years of battling, succumbed to the cancer in 2020.

“It was a devastating blow to all of us,” said Bivans, a retired Zionsville Community Schools elementary principal. “When she called to tell me she had pancreatic cancer, it was only natural to go see her the very next day and help her figure out what to do next.”

The survival rate for pancreatic cancer at that time had increased, but only to 8 percent.

Bivans attended her sister’s appointments and took notes for her, kept her treatment schedule straight and did research on symptoms and treatments, among other tasks.

“I started a Facebook page for Vicki and kept family and friends up to date,” Bivans said. “Vicki had over 50 chemo treatments and an extensive surgery, but through it all she kept her positive outlook.”

Today, Nicolet and Bivans work to spread awareness of pancreatic cancer and raise funds for research through the Pancreatic Cancer Action Network Indianapolis PurpleStride walk. The event is the main fundraising event for PanCan. Proceeds go to scientific research and provide resources for patients, caregivers and medical professionals.

Bivans has led a team in honor of her sister since 2016. She became the Affiliate Chair for the Indianapolis affiliate of PanCan in March 2021. It is one of 59 affiliates across the U.S.

“The timing was right. Vicki had passed away the year before at the beginning of the pandemic. I felt lost since I had spent so much time with her during her four-year battle with pancreatic cancer and I missed her terribly,” Bivans said. “Accepting this volunteer role seemed like something she would want me to do and a way for me to honor her life.”

For Nicolet, leading Team Nicolet for the past 11 years has been a way to lift others with a simple message – never give up.

“There is a lot more awareness now and more recognition by (the) media, and I just feel I am part of that group to give people some hope,” Nicolet said. “In 2011, when Joan and I first walked in PurpleStride Indianapolis, I had little hope that I would be here in 2022, but here I am.”

This year’s PurpleStride is April 30 at White River State Park. To join a team or donate, visit pancan.org/. 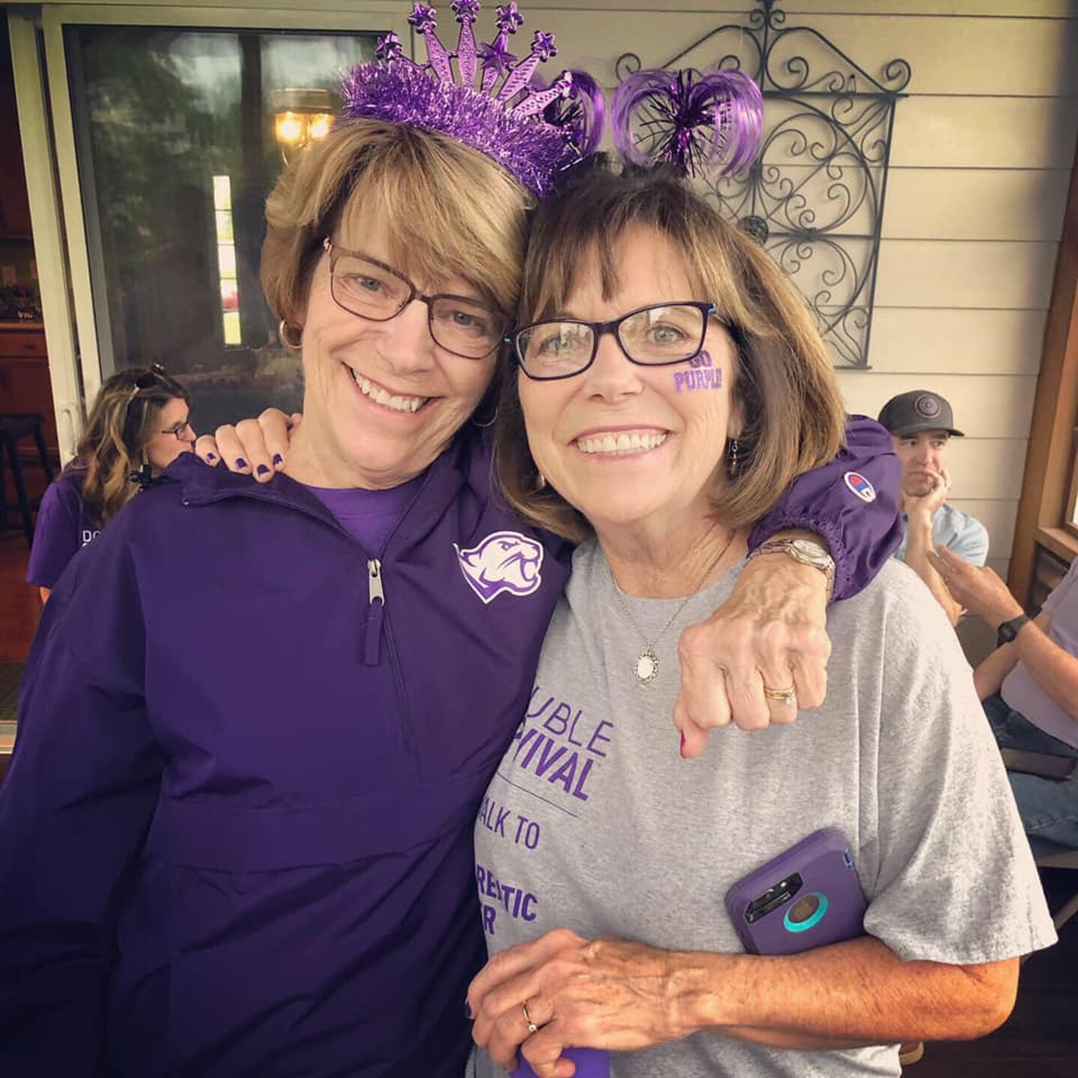 Jenny Bivans, right, and her sister, Vicki Winkler, are dressed in purple to raise awareness for pancreatic cancer. (Photo courtesy of Jenny Bivans)

More than 60,000 Americans will be diagnosed with pancreatic cancer this year and nearly 50,000 will die, including 1,070 Hoosiers, making it the third leading cause of cancer death in the United States, according to the National Cancer Institute.

If you or anyone you know is diagnosed, call Patient Central at 877-2-PANCAN for free personalized resources.