You are at:Home»Current in Westfield»Westfield Cover Stories»Semper Fi: Westfield City Council member retires after 30 years as a Marine reservist

Scott Willis was a student at Purdue University when Operation Desert Storm began in 1991.

With a family history of U.S. Marines Corps service, Willis decided he also wanted to serve.

Willis, 52, joined the Marines after earning his degree in civil engineering. He attended officer candidate school after college

“I was committed at that point (1991 Gulf War),” said Willis, a Westfield City Council member. “I wanted to serve. I wanted to be a Marine.” 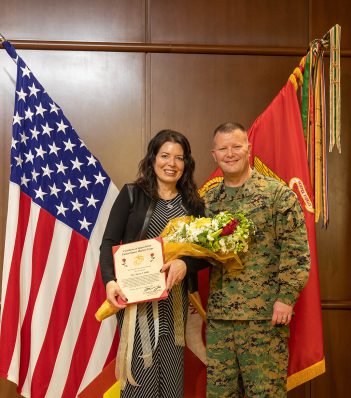 Thirty years after enlisting, he retired March 1 as a colonel in the U.S. Marine Corps Reserves.

“I didn’t expect to stay 30 years,” Willis said. “I did four years of active duty and loved it, but I knew that wasn’t a lifestyle conducive to raising a family.”

After his four years of active duty, Willis entered the reserves. That was when he met his wife, Stacey Willis, through a dating service. They were engaged within two months after meeting. Being in the reserves brought its own challenges to the couple.

Stacey said she didn’t truly understand what her husband went through until he spent a weekend drilling at Fort Knox, and she asked if, on his way home, he could stop by the store for her.

“He always called me on the way home to let me know he was on his way. This time I asked him if he could pick up a couple things for me at the store. He said he couldn’t,” Stacey said. “I said, ‘Please, it’s right on your way home. It will be real quick.’ He said, ‘I can’t. I’m in uniform.’ I laughed and said, ‘Honey, you look great in uniform, I’m sure no one will care.’ He said, ‘No, Stacey, I can’t wear this uniform in public. This is my killing uniform.’”

Marines are not allowed to wear their camouflage uniforms outside a military installation.

“This really shook me. At that moment, I realized Scott had the lives of men in his hands, be it an enemy or his Marines’ lives,” Stacey said. “This brought the realization that he also could be in harm’s way by other men in their killing uniforms.”

Because Scott was a reservist, his family wasn’t stationed at a military base. Stacey said she didn’t truly appreciate what it meant to be a Marine spouse until 2005. Until then, Scott trained one weekend a month and two to three weeks a summer but was home the rest of the time until August 2005, when he was deployed to Iraq. Although he wasn’t activated, Willis volunteered to go.

“At the time, they had plenty of officers and they didn’t need Scott to accompany his

unit,” Stacey said. “He said there was no way he could face his Marines or live with knowing that he could have been there to help them and our country.”

Prior to Scott’s deployment, the couple spent weeks recording VHS tapes of Scott reading children’s books to show to their daughters each night. At the time, Sophia Willis was around 2 years old, and Brenna was 3 months old. Since his return, the couple has had a third child, Graden.

“One of the hardest things for Scott was the fear of being forgotten,” Stacey said. “Our girls were so young we feared it may be very hard for them to remember him, and it was especially (true) for Brenna, and she didn’t warm up to Scott for over a year after he returned.”

The family also planned Scott’s funeral, where he wanted to be buried and what he would wear.

“It’s not the usual stuff you do when you go on a business trip,” Stacey said.
Scott’s job overseas was to set up a blocking position between Iraq and Syria, where Al Qaeda frequently entered Iraq to conduct terrorist activities.

“I volunteered to go with my unit, but they didn’t have a job for me to do with my unit, so when we arrive in the country, my Marines went one direction and they grabbed me at the Syrian border,” Scott said. “We swept through three cities to clear the cities of all insurgents in preparation for the constitutional referendum for the national elections (in Iraq). They would set up polling stations, but (terrorists would intimidate voters), so no one would come back, or they’d kill them. So, we set up a safe haven for voting.”

When Scott deployed to Iraq, he wrote individualized letters for both his daughters in case he didn’t return.
“I wrote letters for their sweet 16, graduating high school, graduating college, getting married, first kid,” Scott said. “I tried to hit all the major events that a dad not being there would be impactful.”

Scott also wrote letters to Stacey, his parents and his brothers and sister.

Scott burned the letters when he returned home. No one in his family read them.

“That’s what families in the military deal with, especially in a time of war,” Scott said. “Our situation was unique for some people, but every single family or Marine or soldier that left was facing similar things. It’s what we do.  I’m incredibly proud of my service and I have zero regrets, but I certainly put Stacey and the kids in a tough position. Divorce rates, especially in the Marine Corps, are extremely high.

“The fact she stuck it out and not only stuck it out but was so supportive, I wouldn’t have been able to make it to 30 years.” 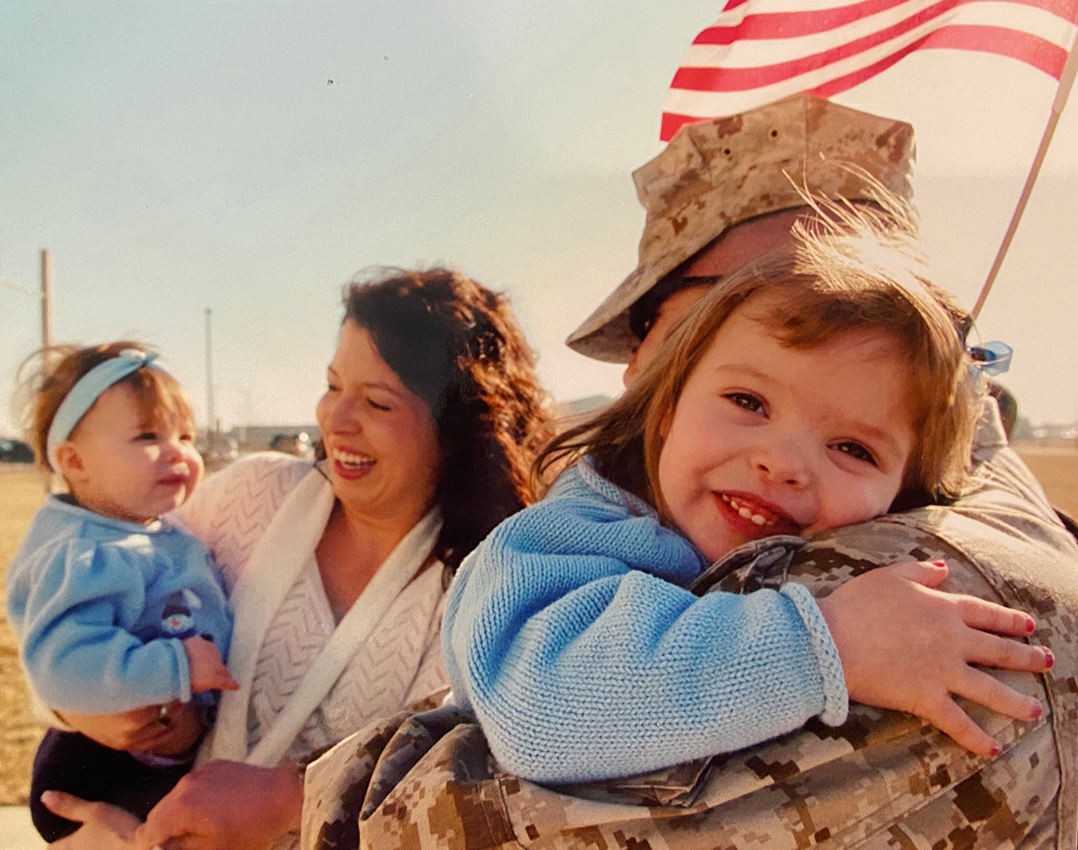 Scott Willis hugs his daughter, Sophia, and reunites with his wife, Stacey, and daughter, Brenna, after serving a year in Iraq 2005. (Photo courtesy of Scott Willis)

A timeline of service

May 1992: Graduated Purdue University with a bachelor’s degree in civil engineering

1993: Entered a fleet in Hawaii in 1993 as a second lieutenant. He served as a scout forward observer, liaison officer, executive officer and battery commander. He spent time in Australia, Japan and six months in the Pacific area.

1996: Now a captain, he enters the Reserves and joins an artillery base in Reading, Penn.

1999: Returned to Indiana and joined a tank company serving as platoon commander and executive officer. He is then promoted to major.

2007: Now a lieutenant colonel, he returned to the artillery community serving as the regimental staff communications and operations officer before being assigned to Marine Forces Northern Command as an emergency preparedness liaison officer.

March 31, 2022: Retirement is mandatory at 30 years of service for colonels. Willis retires as a Marine reservist