Correction: In an earlier version of this story, Jack Brockley’s name was spelled incorrectly.

A recent fundraiser by the Kiwanis Club of Zionsville was so successful that the organization already has plans to hold it again.

The first annual Coolest Dog contest kicked off at the Lions Club’s 2021 Fall Festival Parade and ran online for a month. The event drew 169 entrants and handed out awards to the top 10 finalists. It also raised more than $27,000 for youth organizations such as (Riley Hospital for Children, the Zionsville High School Key Club, the Zionsville Middle School Aeries-Builders Club and the Boys & Girls Club of Boone County Zionsville Unit.

“People entered their dogs on the GoGoPhotoContest platform by providing a photo and backstory of their dog. This turned out to be a lot of fun,” Kiwanis Club of Zionsville President Jack Brockley said. “In addition to several rescue dogs and therapy dogs, the contestants included the likes of a superhero dog named BatDog, a sleuth named Sherlock and a social media personality named Gussie.

Voting was conducted online, with one dollar equaling one vote. Voters could submit as many votes as they wanted, as the extra votes raised extra funds. 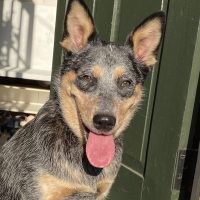 “Entrants encouraged their family and friends to vote for their dogs, especially through social media,” Brockley said. “We know of at least one business where employees pitched in and helped their co-worker’s dog finish in the top 10.”

Winning the first annual Coolest Dog contest was Pepper, an 11-month-old Australian cattle dog who received 3,268 votes, beating the runner up by almost 2,000 votes. Pepper’s owner, Kenny Sanderson, said even though she was full of puppy energy and mischief, he had no doubts about her chances of winning.

“She turns heads everywhere we go, (with people) asking about the breed, asking to pet her,” Sanderson said. “She loves all people and dogs.”

As part of her win, Pepper was featured on a limited-time beer can called Pepper’s Pale Ale made by Deviate Brewing Co. in Indianapolis. 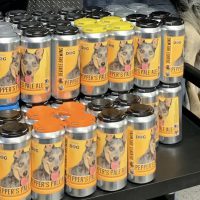 “The Columbus, Ohio, Kiwanis Club had success by partnering with a craft beer company, offering the winning dog a spot and naming rights on the label of a new beer. Some of our members enjoy Deviate Brewing’s beers and approached the owners about participating in our contest,” Brockley said. “Deviate is constantly inventing new craft brews, and their business is very welcoming to dogs, so they seemed a perfect fit for what we hoped to do with the contest.”

The Sanderson’s received six 4-packs of the beer and Julian’s coffee. Pepper also received other prizes including treats, food, toys from sponsors and grooming coupons.

“All I know is (Pepper) loves it when people stop and say, ‘That’s Pepper, the Kiwanis beer dog,’” Sanderson said.

Investing in the youth

Kiwanis Club of Zionsville President Jack Brockley said that the members of the Zionsville Kiwanis Club have always enjoyed partnering with the Boys & Girls Club of Boone County Zionsville Unit, and that when they heard that one of the adjustable basketball goals could no longer be lowered for smaller kids, they put that on their list of priorities. 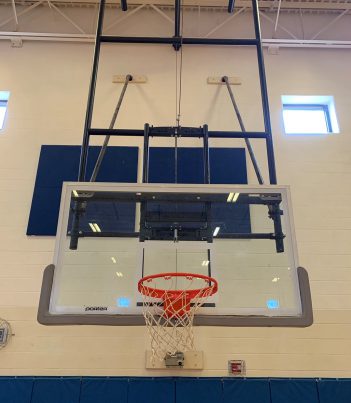 “One of our main basketball goals had been breaking down due to wear and tear and would no longer adjust in height to serve the different age groups of kids at our Zionsville Unit. The repairs they paid for allow the hoop to adjust its height so kids in grades (kindergarten through eighth) can all enjoy it,” said Glenn Sanford, Zionsville Unit Director for the Boys & Girls Club of Boone County.

The Kiwanis contest, which raised $27,144, was so successful that the service organization’s $6,000 contribution to the club also allowed it to order a new bumper pool table.

“It’s wonderful to have the support of another youth serving agency in town,” Sanford said. “We have very similar missions and goals, and it’s appreciated that they are looking for new ways to serve the youth of our community.”