You are at:Home»Current in Carmel»Carmel Community»Carmel High School athletic teams to compete independently after HCC rejection

The Hoosier Crossroads Conference voted Jan. 13 to remain an eight-team conference, rejecting a request by Carmel High School and Center Grove to join. 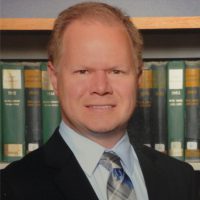 CHS Athletic Director Jim Inskeep announced the same day that the Greyhounds will compete as an independent school starting this spring. Inskeep said the school will continue to consider options for future conference affiliations.

The Metropolitan Interscholastic Conference principals voted in December to drop Carmel and Center Grove after the MIC learned  of the two schools’ interest in joining the HCC. MIC officials said it would honor the contract through the 2022-23 season but planned to move forward as a six-team league by this spring.

Inskeep told Current the school is currently working on the 2022 and 2023 football schedules.

“The 2022 schedule will look very similar to previous years with MIC schools,” Inskeep said. “We do not anticipate much movement in schedules with many of our other sports as they will still have MIC and HCC schools on them.”

The HCC’s letter said the league is “unified in the decision.” The letter added it was honored by Carmel and Center Grove’s request and looks forward to maintaining positive relationships with them in the future.

The CHS athletics department also announced a broadcasting agreement with the ISC Network to bring coverage of Greyhounds sports to central Indiana and a web streaming audience. The partnership will begin in the fall of 2022 with coverage of all home football games in addition to other sports. Further details on the broadcasting agreement will be provided this spring.

CHS sponsors 25 varsity sports programs. The programs have combined for 178 state championships, 162 of which are IHSAA titles.