You are at:Home»Current in Fishers»Fishers Business Local»Hamilton County leader named Difference Maker of the Year 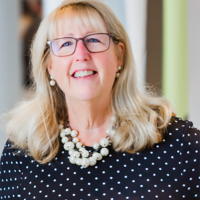 Sergi, a Fishers resident, has been largely involved in Hamilton County Economic Development, Hamilton County Leadership Academy and Ivy Tech Hamilton County in Noblesville. Sergi will be recognized with other OneZone Business Excellence Award winners at a luncheon scheduled for 11 a.m. Jan. 26 at 502 East Event Centre in Carmel.

“Carol is truly a staple in the Hamilton County community,” OneZone President Jack Russell stated. “Not only has the work she has done with Invest Hamilton County been impactful, but her ability to bring people together is truly amazing. She is extremely deserving of the Difference Maker of the Year Award here at OneZone Chamber.”

Sergi serves on the Ivy Tech Hamilton County Board of Trustees and the HCLA. She is a member of 100 Women Who Care Hamilton County, which raises funds for community organizations, and she serves with the Circle of Ivy, Ivy Tech’s philanthropy group.

In May 2021, Sergi retired from working with Hamilton County Economic Development. She returned in September 2021 as the interim executive director

for the Hamilton County Leadership Academy. HCLA has since hired a new executive director, so Sergi is transitioning to the HCLA Board of Directors.

Sergi said she’s most proud of several projects accomplished while she served with Hamilton County Economic Development, such as transitioning HCEDC to an organization that supports workforce attraction, retention and connection to jobs in Hamilton County.

“We created marketing campaigns to support that effort in addition to connecting the county to work together to promote us as a great place to live, work, play and find opportunity,” Sergi stated.

Sergi also led the effort for Hamilton County to be designated a 21st Century Talent Region and created the Workforce Recovery Task Force during the COVID-19 pandemic. The taskforce worked countywide to support workers who lost their jobs find new employment and supported businesses that needed to hire new staff.

For more or to register for the awards luncheon, visit onezonechamber.com.