You are at:Home»Current in Carmel»Carmel Community»Carmel city attorney says proposed gas station not permitted in WestClay after all

Correction: An earlier version of this story incorrectly stated the month the Carmel City Council approved a 500-foot setback for new gas stations in the city. The council approved the setback in September.

Plans for a new gas station in the Village of WestClay have been halted as City of Carmel attorneys determined a new ordinance prohibiting gasoline sales within 500 feet of residences applies there, after all.

The city council’s land use committee on Dec. 9 was set to discuss a proposal to update the WestClay planned unit development ordinance — which governs development in the expansive neighborhood — to include the 500-foot setback, but after announcing the city attorney’s new position on the matter, the committee tabled it. 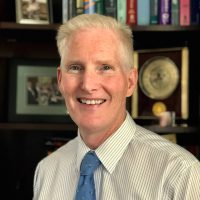 Councilor Tim Hannon said the city on Dec. 9 notified the applicant seeking to build a new gas station on Harleston Street — which is within 500 feet of residences — that the matter had been dropped from the technical advisory committee’s Dec. 15 meeting. The applicant can appeal the decision to the Carmel Board of Zoning Appeals.

The city council passed the ordinance requiring a 500-foot setback in September, but at the time city attorneys said it didn’t include WestClay because the planned unit development ordinance that governs zoning in the neighborhood didn’t prohibit gas stations.

Current has reached out to the City of Carmel for comment on what changed the attorney’s opinion.

Jackie Phillips, a WestClay resident who launched the Carmel Healthy Neighborhood Alliance in 2020 to raise awareness of the health risks of living near gas stations and encourage the city to adopt a setback requirement, praised the city’s decision in an email to those following the situation.

“I am encouraged that the City thoroughly reviewed our information, collaborated with our lawyer and took the position that showed that the Village of West Clay PUD was silent on the matter of gas station setbacks,” Phillips stated. “The City is taking the effort to protect our homes and those who frequent nearby amenities, the seniors at Stratford, and the children that attend Primrose.”