You are at:Home»Current in Fishers»Fishers Community»Fishers police investigate source of counterfeit pills 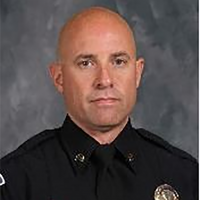 Fishers Police Dept. is actively investigating the source of counterfeit pills found to be laced with fentanyl. FPD Public Information Officer Sgt. Tom Weger said FPD wants to get ahead of the national trend of overdose fatalities.

Three adults in Fishers have died from accidental overdoses in which counterfeit pills were marketed as legitimate prescription pain, anti-anxiety or stimulant medication like Oxycontin, Percocet, Vicodin, Xanax and Adderall. Pills are later found to contain fentanyl, a synthetic opioid similar to morphine but much more potent.

The first death occurred in July. Although all the victims were adults, Weger said they were “young adults,” such as 18 or 19 years old. The most recent death was in October.

Weger said he hopes FPD can educate the public on the trend before it damages more young lives.

“We are trying to get in front of this before we see it hit the high schools,” Weger said. “That was our main intent.”

Weger said it’s difficult to determine how many overdoses are caused by the counterfeit pills when overdoses don’t result in a fatality.

“Because of the nature of overdoses, they may or may not know exactly what they were trying to take,” Weger said. “Obviously with a death, there’s an extensive investigation that goes on that can determine exactly what was taken.”

FPD is not sure of the ages of the dealers.

“Information that our intelligence unit has gathered leads us to believe that this could be a very big problem if we don’t get in front of it,” Weger said.