You are at:Home»Current in Carmel»Carmel Community»Carmel Redevelopment Commission seeking to purchase Laser Flash building regardless of future use

The Carmel City Council wants to learn more about the Carmel Redevelopment Commission’s plans for 2.5 acres on 3rd Ave. SW the CRC is seeking to purchase for $4.8 million, potentially as part of a site for the Great American Songbook museum.

Instead of voting to approve the purchase at its Dec. 6 meeting, the council sent the matter to its finance committee to take a closer look at the purchase before sending it back to the full council for a vote. If the purchase is approved by the council, the CRC will have authority to determine how the land is used. 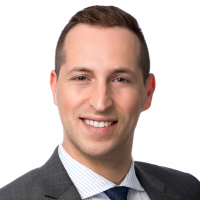 CRC Director Henry Mestetsky told the council that the CRC is interested in purchasing the land at 611 3rd Ave. SW no matter its eventual use.

“Locking up this property stands on its own merits, regardless of what happens in the future with the Songbook museum,” he said. “This property is part of the initial plan we put together for the Midtown area. This is the largest remaining piece between Midtown and City Center.”

Mestetsky said the city received two appraisals for the property at $4.25 million and $5 million. At $1.9 million per acre, he said the cost is less than the $2.5 million the city spent in 2018 to purchase 1.2 acres on the northeast corner of Main Street and Range Line Road for the First on Main redevelopment project.

The site contains a building that is home to Laser Flash and Magnetic Concepts. The CRC plans to lease the building to Laser Flash for $1 per year for approximately two years as it builds a new location in Westfield.

Pedcor, which has partnered with the city on several redevelopment projects in the area, owns the parcel to the north of the building. The CRC is negotiating with the landowner to purchase the parcel to the south of the Laser Flash building, which is home to Salon01. The CRC is eyeing the combined sites, which are on the northeast corner of City Center Drive and 3rd Ave. SW directly north of the Palladium, as a possible site for the Great American Songbook museum.

Jeff McDermott, president and CEO of the Great American Songbook Foundation, said the foundation expects to lease the site from the city if the museum is built there. The foundation and its partners plan to fund design, construction and operation of the museum through fundraising, grants and other efforts. McDermott said the foundation does not plan to ask the city for any funding or assistance beyond helping to secure land.