“I love this team. We’ll be brothers for life.” 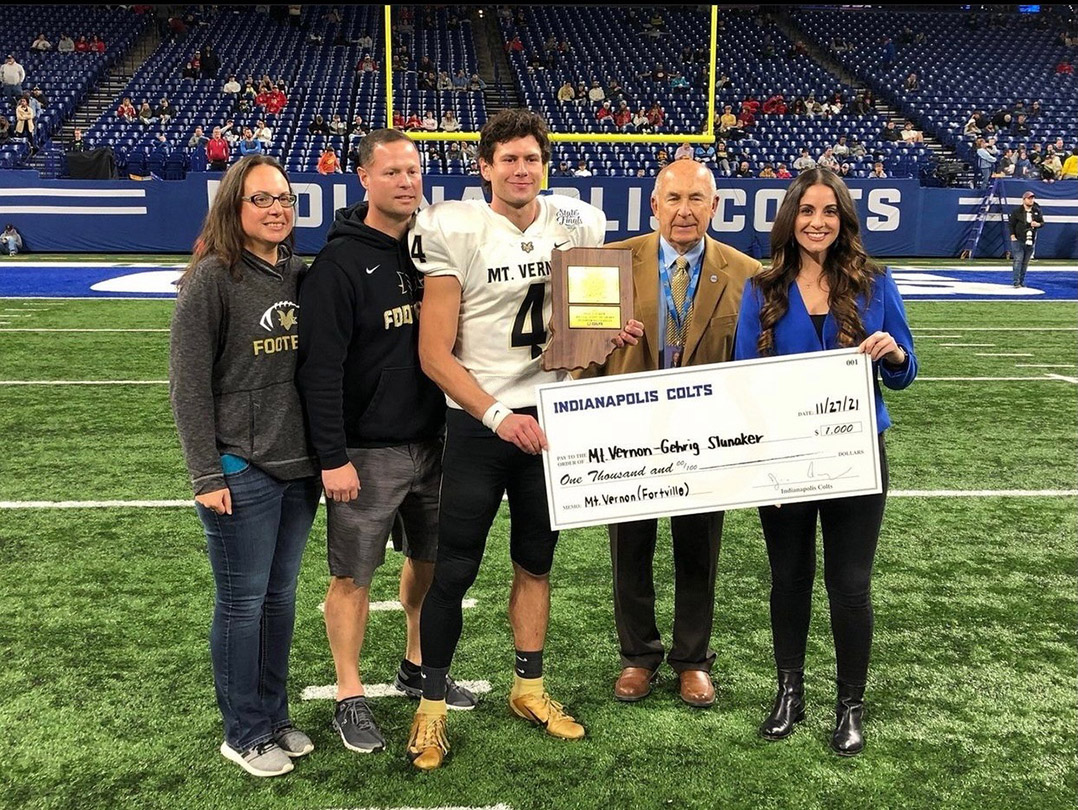 “It was amazing to share that moment with my uncle,” Slunaker said. “I am so happy for him because he has wanted to become a head coach for so long, and in his first year as a head coach he wins it all. I love playing for him. He is so energetic, which feeds to the players.”

Lidy and Slunaker share something else. Lidy won a state title playing quarterback and linebacker for his late father, John Lidy, at Castle in 1994 and was named the Phil N. Eskew Mental Attitude Award winner for Class 5A. Slunaker earned the award for 4A this year.

‘He’s a great leader,” Lidy said. “He prepares like none other.”

Senior running back Keagan LaBelle was glad to see Slunaker, who transferred from Greenfield-Central after his freshman year, get the accolades.

“He deserves it. He came here his sophomore year and has been a hell of player ever since,” LaBelle said. “I wouldn’t want anyone else at quarterback.”

Slunaker completed 12 of 18 passes for 235 yards and two interceptions in the title game. The interceptions were uncharacteristic as he finished the season with 34 touchdowns and only five interceptions.

Mt. Vernon lost its season-opener to Class 6A Noblesville before winning its final 14 games.

“You don’t want to lose any games, but if you are peaking in Weeks 1 and 2, you are not where you want to be,” Slunaker said. “You want to gradually get better as the season goes on. We didn’t let the loss get to us. It humbled us, for sure, but we got back to work and kept getting better.”

Slunaker, who maintans a 3.81 GPA and is ranked in the top 20 percent of his senior class, said Hanover, Marion, and Saint Francis are among the schools interested in him with regard to continuing his playing career.