When Triton Brewing Co. co-founders David Waldman and Jon Lang opened their business 10 years ago, they didn’t expect to eventually be in the middle of a vibrant business community surrounded by residential development.

Waldman said the area was “windswept” when the brewery first opened.

“Legitimately, there were no wind breaks out here anywhere,” said Waldman, who lives in Washington Township. “There was always a breeze.”

The new developments have brought more business to Triton Brewing Co., and many residents walk to the brewery from their homes. Waldman said the new residential areas have fostered an increased sense of community.

“The lots closest to us were the ones that sold first,” Waldman said.

Waldman and Lang’s passion for craft beer began long before the brewery opened in 2011.

The Lawrence location at 5764 Wheeler Rd. was the pair’s third choice because of all the bureaucratic hoops they had to jump through because it was within the former Fort Benjamin Harrison area.

“We joked when we opened up here, there were five or six different organizations we had to get approval from to do anything,” Waldman said. “The City of Lawrence, the state of Indiana, the City of Indianapolis, the (Fort Harrison) Reuse Authority, and because we are a historic building, the Dept. of Natural Resources.”

“The red tape was way deeper than we ever imagined it would’ve been,” Waldman said. “We came out and saw the building and loved the mojo. It looked like a brewery.” 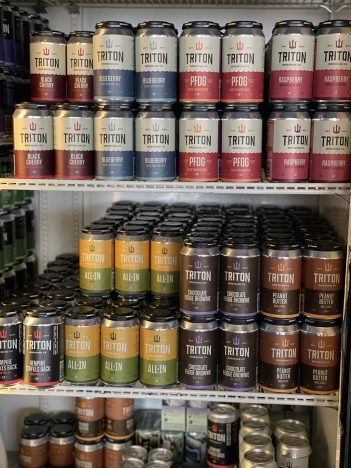 When Triton Brewing Co. opened, the only other buildings in the area were Ivy Tech on 59th Street and a few former barracks buildings from when the area was an active military base. Now, dozens of homes and hundreds of apartment units surround the brewery.

“It’s just amazing,” Waldman said. “Now, we have neighbors who walk over here regularly or walk their dog and stop for a beer or two on the patio. It’s unbelievable. We legitimately have neighbors.”

Since opening, two of Triton’s beers have remained staples – Rail Splitter, an IPA, and Deadeye Stout. Lang, a Noblesville resident, is the master brewer.

“My style of brewing is beer first and then flavor is adjunct,” Lang said. “It has to taste like beer. If I’m saying it’s an IPA with a flavor, it’s an IPA first. There are a lot of beers in the market that are heavily flavored, and the beer gets lost.”

Waldman said he and Lang are always willing to talk to entrepreneurs looking to open a business in Lawrence.

“Before Jockamo’s (Upper Crust Pizza) built, they carried our beer in their Irvington location and they talked to us (for advice),” Waldman said. “The story was always the same – don’t think about it as doing business in Indianapolis, you’re doing business in a small town. It’s been really nice to see the Lawrence culture change.

“It’s very much a family culture, but the opportunities here are so much broader than 10 years ago.”
For more, visit tritonbrewing.com. 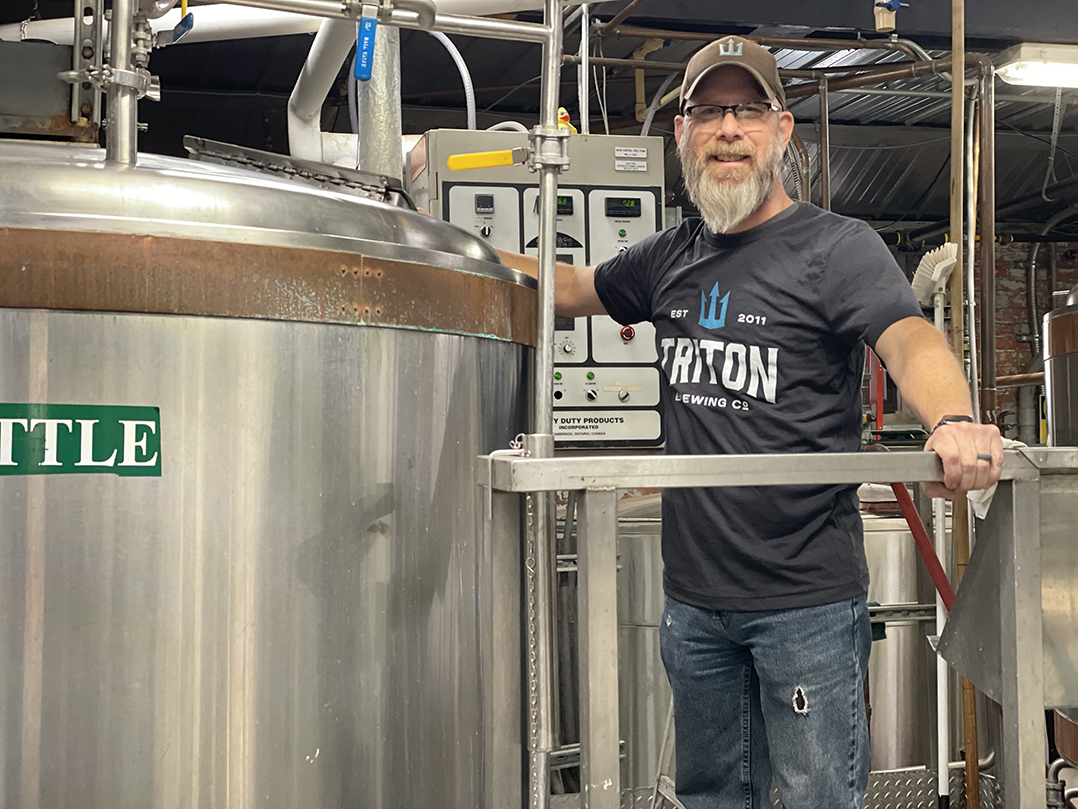 To expand its offerings, Triton Brewing opened its kitchen in December 2017. Prior to having a full-time kitchen, the brewery had various food trucks on the property.

“We opened the kitchen because the food truck thing started to fizzle out,” co-founder and operations director David Waldman said. “The beer market has changed drastically in 10 years. You have to be more things to more people to be a success today.”

“It was necessary for our business,” co-founder and master brewer Jon Lang said.