You are at:Home»Current in Westfield»Westfield Community»Athlete of the week: Micah Hauser helps propel Westfield football team to new heights

“Winning state has been a dream of ours for a long time, and to get all the way there and not win definitely left teammates and I unsatisfied,” Westfield senior running back/safety Micah Hauser said. “Back in sixth grade we made a promise to our coach, Mark Robinson, we would win it all one day. He isn’t here today but we do it for him and we know he is watching from above.” 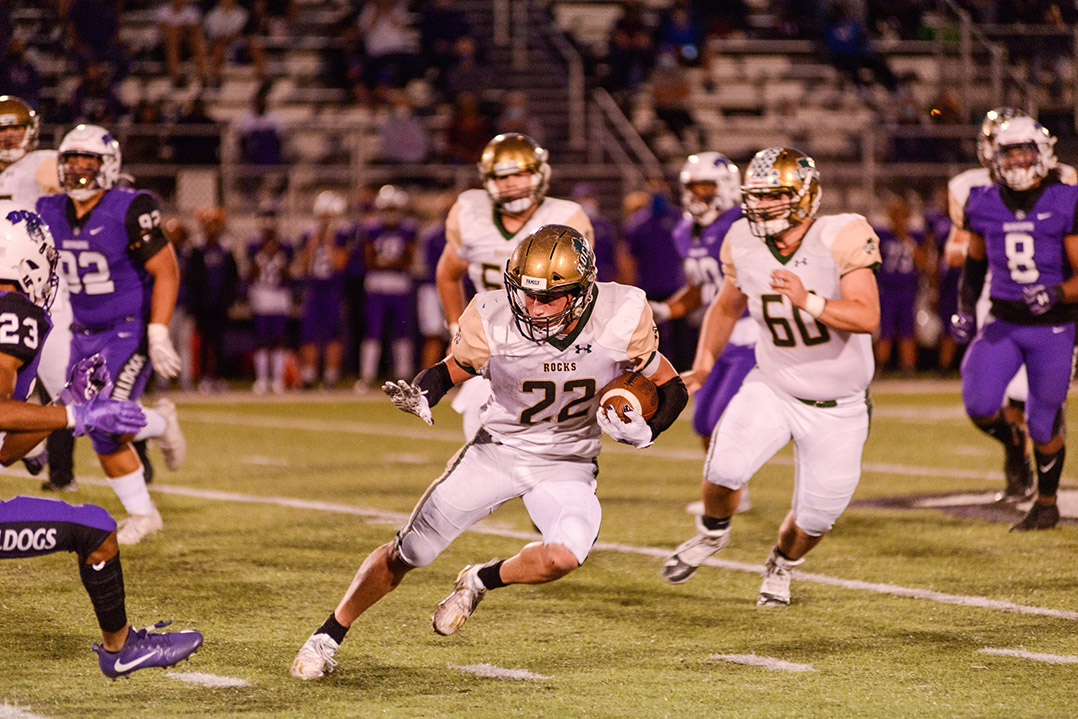 Robinson, who was a travel team coach for the fifth- and sixth-grade team and a Carmel firefighter, died in 2017 after a battle with cancer.

The Class 6A No. 2 Shamrocks began sectional play Oct. 29 against Noblesville. Westfield defeated Noblesville 42-15 in the regular season. Center Grove, which also had a powerful group of returnees, is ranked No. 1. The Trojans topped Westfield 38-14 at Lucas Oil Stadium in the 2020 state title game.

Prior to the sectional opener, Hauser led the Shamrocks with 710 rushing yards on 111 carries with 13 touchdowns. On defense, he had three interceptions and 81 total tackles.

“Micah is an extremely tough kid and an elite competitor,” Westfield coach Jake Gilbert said. “He is the best all-around, two-way player in Indiana, in my opinion. He has incredible hips, which make him a great hitter. Micah is a four-year starter for us and has taken our program to new heights in 6A.

“He is very humble and a great teammate. He is honestly a great kid who becomes a monster once he puts that helmet on.”

Hauser said he has improved since last season.

“Speed has been my emphasis this past year. After battling injuries and recovering from surgeries, it has been my main priority this offseason and has definitely gotten a lot better,” said Hauser, who rushed for 941 yards in 2020.

The team’s strength is its bond, Hauser said.

“I think our leadership from our players is the biggest reason for success the past two years,” he said. “We have been extremely close as a team and it’s definitely shown on the field.”

Hauser said he doesn’t have a favorite position.

“I just love being on the field with my teammates,” Hauser said. I start as our (strong) safety and I stay in the middle most of the time, but my fellow teammates and I communicate and make sure we are in the best spot so we can make plays and help the team.”

Hauser, who wants to play football in college, said Indiana State University is one of the schools that is interested in him. But college is not his main concern now.

“I’m focused on the team going all the way this year,” he said.