When Westfield resident and U.S. Army veteran Paul Phelps came back from Iraq in August 2004, he began having flashbacks.

“It scared me. I thought for sure I was going to hurt someone, and I would rather take my own life than to hurt someone else,” said Phelps, who spent 17 months in Iraq. “At the time, I thought I was alone and had no other choice but to take my life. Then someone dropped everything to sit and talk with me. That little bit of kindness changed everything in my life.” 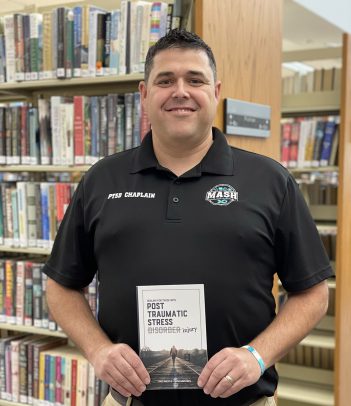 Paul Phelps is a PTSD chaplain and author of the book, “Healing for those with Post Traumatic Stress Injury.” (Photos by Anna Skinner)

Similarly, the Hamilton County Health Dept. recently started looking into how it could best help veterans after an alarming increase in veteran suicides in the county since April. Renee Applegate, a health educator at the Hamilton County Health Dept. and a Noblesville resident, is spearheading the county’s initiative to help connect veterans to services they might need.

“My teammate and I learned of the concerning number of deaths and felt we should offer to do anything we can, like linking vets to known providers,” Applegate said. “I began investigating some of the needs and searching for vet agencies in early July. I was struck by the depth of the need I discovered.”

Applegate said she hopes through support groups and linking veterans to services they need, veterans can move forward and create a new way to thrive and succeed. She met Phelps at a Noblesville-based meeting to support veterans. Although the two don’t work together frequently, she said they share a mission of helping lower veteran suicides in Hamilton County.

“There’s a group that meets once a month to try and make sure everybody is working together toward the same thing,” Applegate said. “It has grown into ‘hey, we need to do more than what we’re doing sitting around talking with one another.’ Too many veterans feel so alone. These men and women have served us, the U.S. The very least we can do is see that their most basic needs for health and well-being are met.” 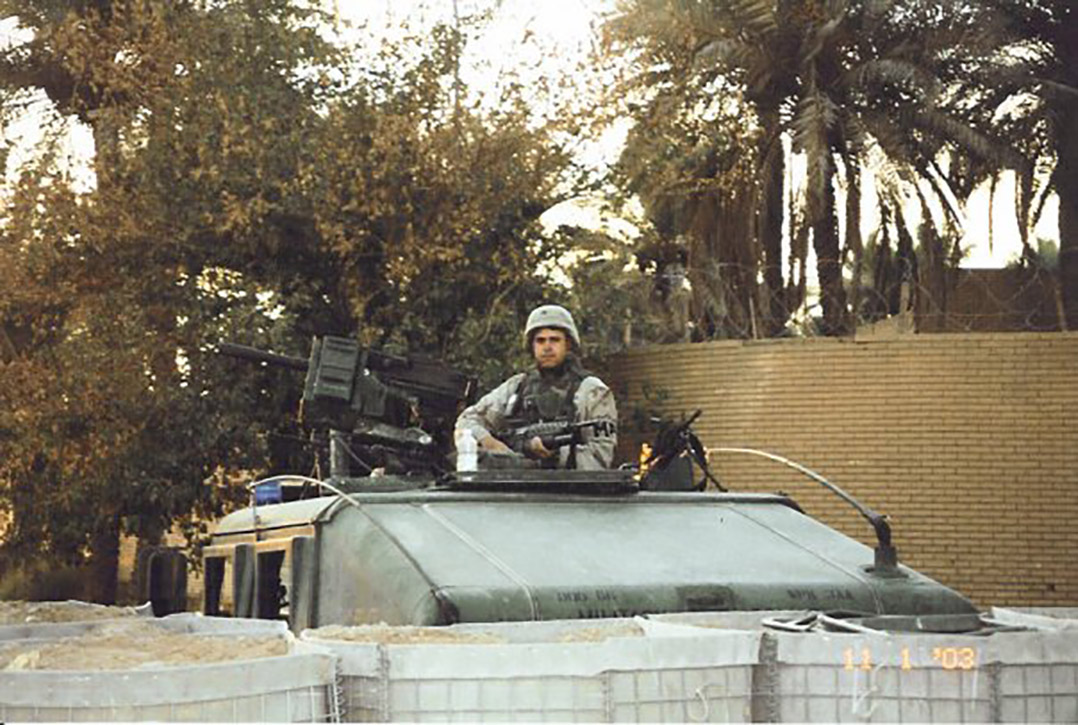 Paul Phelps is a military veteran who was deployed to Iraq. He founded MASH Ministries in 2013. (Photo courtesy of Paul Phelps)

Now, Phelps wants to spread that same kindness he was shown when he was struggling to help veterans in need. In 2013, he founded MASH Ministries. It became a nonprofit in 2015 in Wisconsin where he lived at the time. Phelps moved to Westfield in 2015 to have a more central location to the nation.

“There are a lot of veterans that need help, a little thing like a support group that is willing to show you’re not alone can mean a lot,” he said. “We now have five support groups with many more that will be started in the next couple of months. These groups allow people to meet with others that live near them and build a support system with people they can go get coffee and talk with anytime during the week.”

Phelps said as a veteran, he has insight into what others are going through.

“My perspective is of a disabled war veteran that struggled with post-traumatic stress. I suffered from flashbacks, nightmares, migraines, TBI (traumatic brain injury) and many other things from the injuries I sustained in Iraq,” said Phelps, who is an endorsed PTSD chaplain. “Our perspective is that a veteran will be more willing to talk to a veteran. A first responder is more likely to talk to a first responder. Our support groups are built so that those in your group are those that are fellow veterans and fellow first responders.”

Phelps said MASH looks at PTSD as an “injury that you can heal from, not something that you are stuck with for the rest of your life like a disorder.”

“We usually think of those with PTSD as those that are mentally weak that just couldn’t handle the pressure anymore and they cracked,” Phelps said. “A mental injury does not mean mentally weak. Would we call an athlete that has been injured physically weak? How many Olympic athletes have won medals while dealing with a major injury? Just because someone has an injury doesn’t mean they are weak. Nor does it mean they will never heal from that injury.

“They may never be the way they were prior to the injury, but they can be better than they were. It is important to change our perspective and stop the stigmas. We may not understand what they have been through, but someone in one of our support groups may understand,” Phelps said.

To get involved to help start a support group or participate in a support group, email Phelps at themashunit4077@gmail.com. For more on MASH, visit mashministries.org. 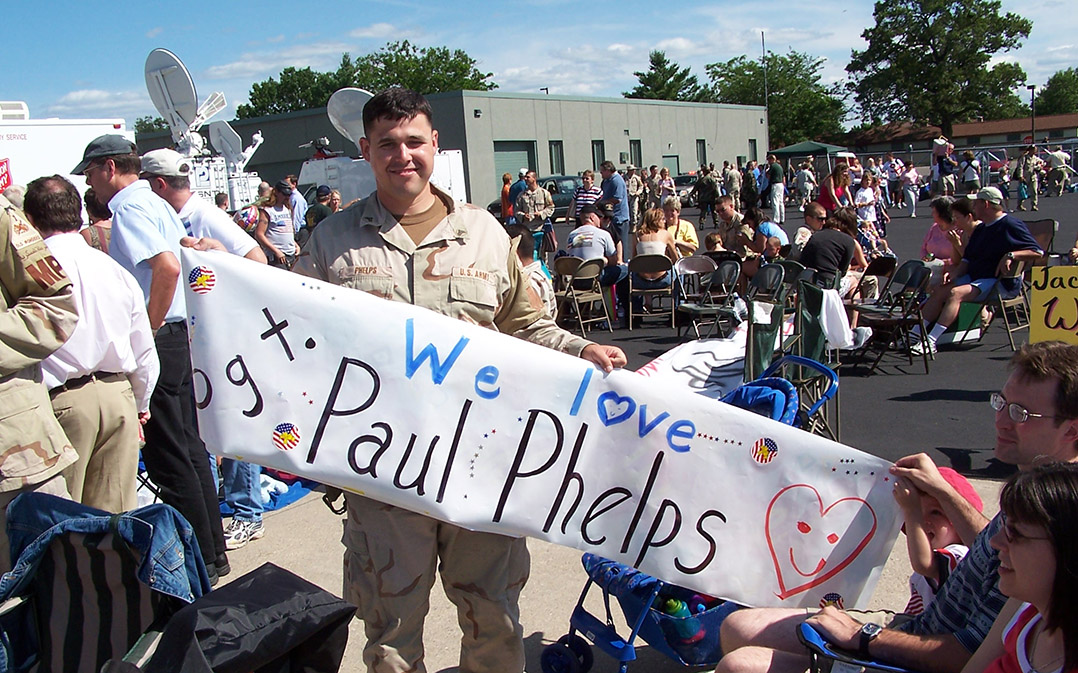 “I think really that (calling it PTSI) came from Paul, and I get it, I’m OK with that,” Applegate said. “It’s a twofold kind of thing. When people hear the word ‘disorder,’ they immediately assume you’re some dangerous mental patient or there can be a stigma attached to having the term ‘disorder’ attached to whatever normal human thing you’re going through, and that’s frightening.

“I think sometimes our veterans get looked upon and people wonder if this is an OK veteran or a crazy veteran, and that’s not fair at all to make those assumptions. Attaching the word ‘disorder’ makes that more problematic.”

“That takes you straight to someone to talk to if you need help,” Applegate said.