In Makenna Maloy’s view there are several key factors in the Noblesville High School girls soccer team’s success the past three seasons.

“One being friendship, everyone on the team is so close and genuinely enjoys each other’s company, so we do everything for each other. We want to win for each other,” Maloy said. “Another being grit and in my opinion this is the biggest one, we’ve lost players to concussions, (anterior cruciate ligament injuries) and many more injuries, but this team’s grit didn’t let that affect us. Players stepped up when we needed them to, and even if we aren’t playing our best game or are down I’ve never seen anyone on this team give up. So, ultimately, I think it’s our grit that makes us so successful as a team.” 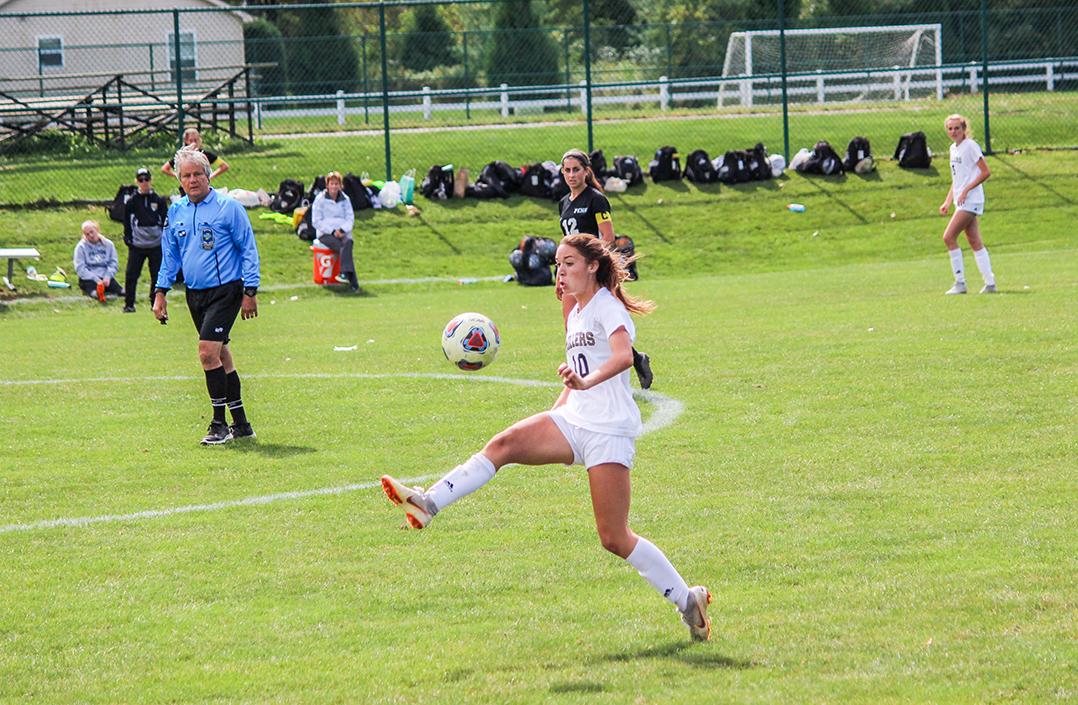 Millers coach Mike Brady said Maloy has been an integral part of that success.

“She’s scored some important goals, but more importantly is her will to win, which has been infectious among her teammates these past four years.” Brady said. “She’s always going to do what is asked of her if it helps the team. She has played a variety of roles for us this year, and with each challenge, she has been up to it.”

Maloy, who will play soccer and major in veterinary medicine at the University of Illinois Chicago, finished second on the Millers with 13 goals this season.

“She’s gifted with technical skill and can hit a dead ball (free kick) as well as any player in the state, but it’s her determination and drive that makes her the player that she is. Through this she elevates her teammates,” Brady said. “She’s always been a gifted player, but she’s really grown into a leadership role over the years. She puts the team before her own individual accomplishments. She loves to go to battle with her team and they with her.”

Maloy said she knew her leadership would be crucial this season.

“It is my senior year, so I knew I needed to step up, especially since we lost so many seniors from last year,” she said.

Maloy said she has made the most improvements technically and physically.

“I used to be a player who was on the ground just as much as I was on my feet, so I worked on gaining muscle and strength and am not on the ground nearly as much,” she said. “I feel like I’ve improved technically because I am so much more comfortable on the ball. I’m not afraid to have the ball at my feet or take players on, so I feel like I’ve improved in that aspect of my game a lot, too.”