You are at:Home»Current in Geist»Geist Community»Former Geist resident named Catholic Doctor of the Year

Former Geist resident Dr. Daniel O’Connell has been named Catholic Doctor of the Year by Mission Doctors Association, a nonprofit founded in 1959 to assist in training, sending and supporting doctors and their families who come from across the United States and elsewhere to serve people of all faiths in some of the most underserved areas of the world.

The award is given to recognize the efforts of a doctor who has responded to the call of Jesus Christ to “heal the sick.” 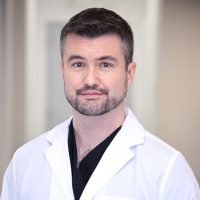 “I do this by way of seeing both patients in-person and remotely via telemedicine. I was an avid telemedicine enthusiast before the pandemic, and during the pandemic this industry has grown significantly,” O’Connell said. “Although clearly not everything can be done via online platforms, much can be accomplished successfully, and I would even go so far as to say for a large number of patient cases the care provided via telemedicine is ironically superior to that which would have been otherwise done in person.”

O’Connell, who was nominated by the Young Catholic Professionals of Orange County, Calif.,  is based in Long Island City, N.Y., but his work involves frequent back-and-forth travel to California and Hawaii. He has a telemedicine practice based out of California and is assigned to Joint Base Pearl-Harbor Hickam with the Air Force Reserve.

During the COVID pandemic, O’Connell was deployed to the east coast.

“I was asked to be on the ground in New Jersey/New York within 24 hours’ time to assist with the COVID pandemic in the NYC ‘hot zone’ in early April 2020,” he said. “I am still subject to secondary deployment at any time by executive order, and although another email was recently sent out reminding myself and others of this very real possibility, no official orders have yet manifested in 2021.”

O’Connell’s Catholic faith is his guiding foundation in his role as a healer.

“We are called to various ministries, as I felt called to attend a Catholic medical school to become a Catholic physician with the ultimate aim of integrating my faith in Christ with our profession,” he said. “I could not imagine practicing medicine without this foundation.”

O’Connell will be honored with the World of Difference Award Oct. 24 at the Los Angeles Archdiocese Annual Mass for Healthcare Professionals at the Cathedral of our Lady of the Angels.