There will be plenty of activity in Lawrence with Lagers in Lawrence Oktoberfest and Fort Ben BBQ & Blues being held the same day, Sept. 18.

The City of Lawrence, in partnership with Indiana on Tap, hosts the fourth annual Lagers in Lawrence Oktoberfest while BBQ & Blues is presented by the Friends of Fort Harrison State Park and the city serves as a major sponsor.

BBQ & Blues is set from noon to 7 p.m. while Lagers in Lawrence is from 3 to 7 p.m. The occasion is the first time the events have been held the same day.

Don McQuade, special events and director for Friends of Fort Harrison State Park, said the events will be one large celebration in the heart of Lawrence.

“It’s great to be teamed up with the city as an event sponsor,” McQuade said. “Pairing the two events only enhances the drawing ability of both.”

Lawrence Mayor Steve Collier said both events are very important to the city.

“Lagers in Lawrence has grown impressively since its initial run three years ago, and Indy on Tap does a great job organizing the event with over 40 taps, food trucks, Polka Band and a variety of contests,” Collier said. “It will be held this year at our newly opened Fort Ben Cultural Campus, so we are pretty excited about the new venue.”

Daniel Beyer, manager of communications for the City of Lawrence Controller’s Office, said the event will be an ideal way to showcase the new Cultural Campus.

“The Cultural Campus is also an ideal setting for an Oktoberfest event like this,” Beyer said.

Beyer said the event has seen steady growth the past three years and he again expects to see a record crowd. 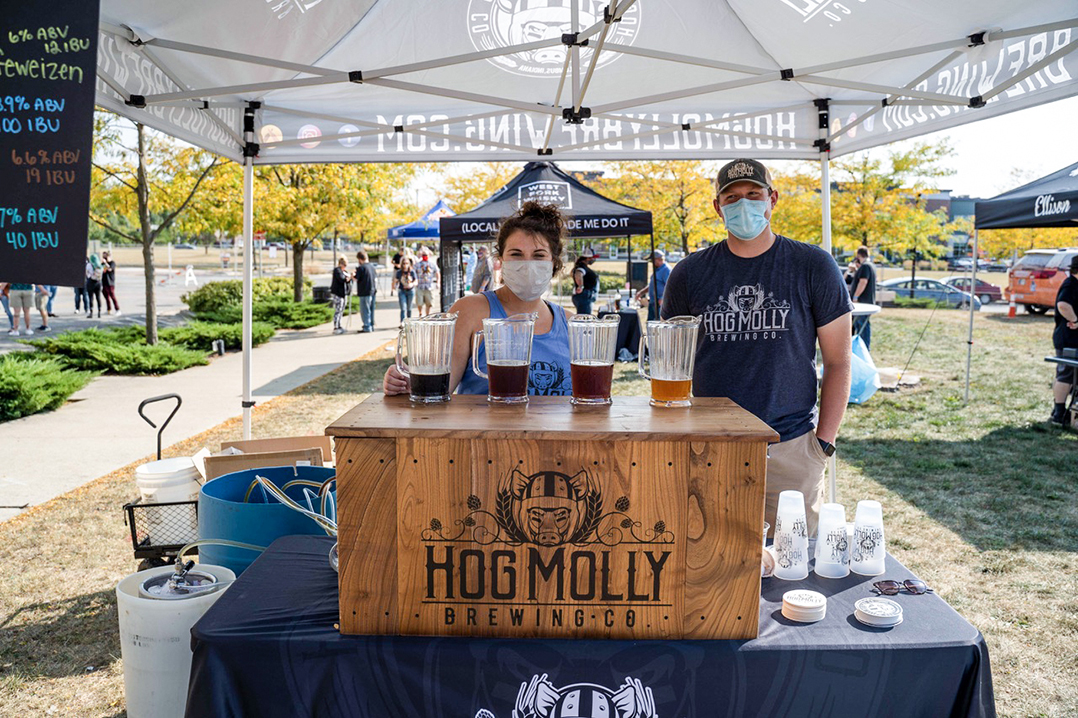 New to this year’s event is the dachshunds race in an Oktoberfest Weiner dog racing event.

“This idea came from Indiana On Tap,” Beyer said. “We have seen this at other Oktoberfest events around the country and thought it would be a fun, new, entertaining element to add to the event moving forward. We have nearly 40 dogs registered to race at this year’s event.”

“They’re a huge hit with attendees and we’re excited for them to perform again in 2021,” Beyer said. “It’s one of the largest single-day Oktoberfests in all of central Indiana.”

“We partnered with the local health department to design and host the event in a safe way,” Beyer said. “There were no reported issues during or after the event.”

More than 100 craft beers, including all styles, will be available. 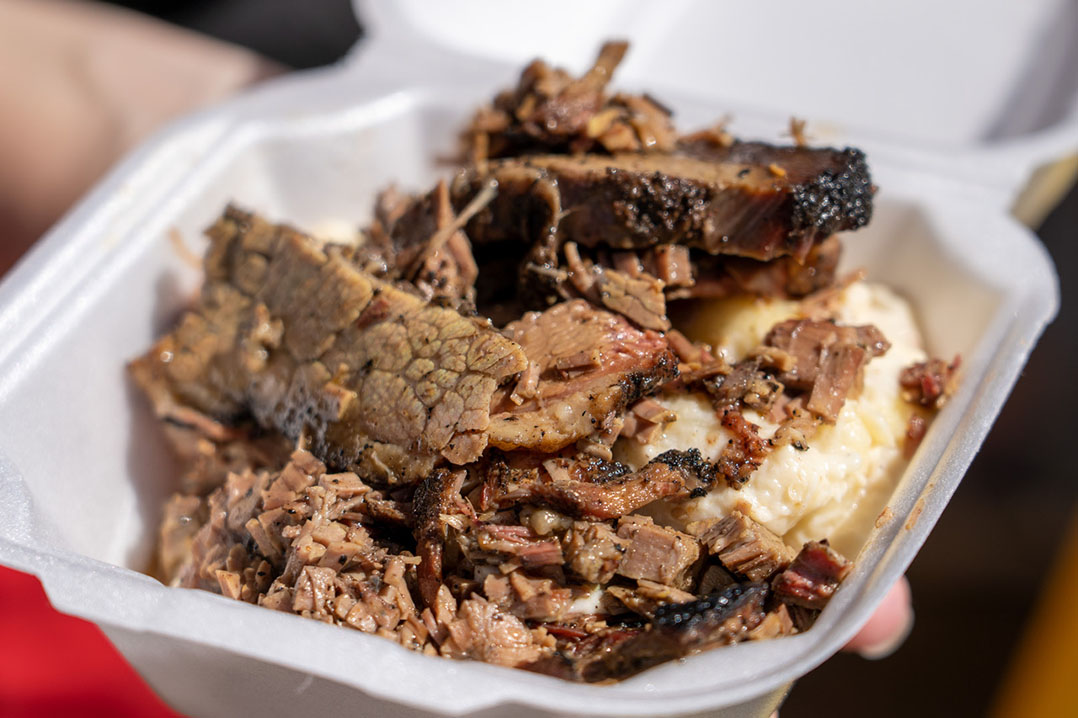 Brisket will be available during the Sept. 18 Fort Ben BBQ & Blues event.

“Word of mouth and publicity about the event drew in the City of Lawrence as a co-sponsor in 2019, with Mayor Collier kicking off the festivities,” McQuade said. “The attendance grew to over 1,700 and was representative of the diversity of the Lawrence community.”

The 2020 festival was canceled amid the COVID-19 pandemic.

McQuade views the Cherry Tree area at Fort Harrison State Park as an ideal place to listen to music in a relaxed outdoor setting.

“A great venue, great music and great food proved to be a winning combination and the word spread far and wide,” McQuade said. “The gathering at the festivals represents the diversity that makes Lawrence strong. We’re looking forward to an even larger turnout in 2021.”

The festival includes John Ford; Queen Delphine and the Crown Jewels; King Bee and the Stingers; and Biscuit Miller and the Mix.

Ford, making his third appearance, kicks off the event at 1 p.m. At 2:30 p.m., Queen Delphine and the Crown Jewels make their second appearance at the festival. The Indianapolis-based blues band features Harriet Ellis, AKA Queen Delphine, a blues belter in the styles of Koko Taylor and Big Mama Thornton.

Beginning at 4 p.m., King Bee and the Stingers, a five-piece band that combines soul, Chicago and Delta blues, will make its third appearance at the festival

Biscuit Miller and the Mix will close the festival with a 5:30 to 7 p.m. set.

“Bassist and front man Biscuit Miller is consistently known for his high-energy shows and blazing million-dollar smile,” McQuade said. “He is a born entertainer and is at home on the stage where he connects with his audience through a fun and funky approach to the blues.”

Admission is free is with payment of the state park’s entrance fee of $7 for Indiana residents and $9 for out-of-state residents.