You are at:Home»Current in Carmel»Carmel Education»Proposed updates to public comment rules at Carmel school board meetings limit who can speak, implements lottery system

The Carmel Clay Schools board of trustees is considering updates to its rules regarding public comment at school board meetings and a new policy to promote civility and decorum across the district. The school board briefly discussed the proposals at its Sept. 13 workshop session but did not vote on either item.

Among the proposed updates to the procedures for public comment include limiting speakers to those who live within CCS boundaries or work for the district, determining the order of speakers through a lottery system and requiring speakers to sign up at least 10 minutes before the meeting.

Currently, anyone is permitted to give public comment. Participants speak in the order they sign up and speakers must sign up at least five minutes before the meeting begins.

In addition to changes to public comment, the school board also is considering the adoption of a new policy to promote mutual respect, civility and decorum at all CCS facilities and events.

The policy identifies disruptive or uncivil behavior as, but not limited to:

Uncivil or disruptive behavior by CCS students or employees will be handled through existing policies in Student Code of Conduct and employee handbooks. Parents or community members who violate the policy a first time would be given a reminder to remain civil and respectful. Subsequent offenses could lead to removal from the room or event, the implementation of a communication plan or a no-trespass order. 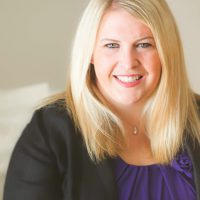 “The board believes school should be a place where mutual respect is practiced and reinforced. Members of the public are welcome to express their views, and we recognize disagreements may occur,” Browning stated. “This new policy relates to the matter in which people communicate and interact. It is intended to promote problem-solving and respectful communications of different viewpoints. However, any conduct that disrupts or interferes with any CCS operation, program, or activity will not be tolerated.

The school board is expected to vote on the changes regarding public comment at its Sept. 27 board meeting. CCS doesn’t expect to bring back the public comment portion of the meeting until its Oct. 26 meeting, at the earliest, according to CCS Director of Community Relations Emily Bauer, who said school board members want the new policy in place before public comment resumes.