You are at:Home»Current in Noblesville»Noblesville Community»Noblesville man starts coffee meet up for widows, widowers

Losing a spouse can be a difficult journey to undertake alone. Often, family and friends aren’t sure what to say to help ease the pain. But sometimes, a simple offer to meet for coffee can make all the difference.

That’s why Dustin Mehringer started Meet Up for Coffee. He knows how painful the loss of a spouse can be. His wife, Alli, died in a car accident in April 2016. 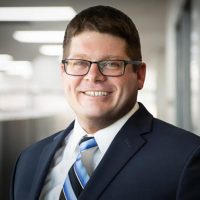 “After the accident, one of my best friendships started with a conversation over a cup of coffee at Noble Coffee & Tea. We talked about our lives, life in general and God,” Mehringer said. “The coffee was good but the friendship that developed out of that conversation had a big impact on me.

“I thought about how I could help other widows or widowers be positively impacted in a similar way.”

Mehringer had a general idea for a group, but it wasn’t until this summer after friend Chris Luckenbill suggested going ahead and launching a website and seeing how it went that Mehringer decided it was time.

“So, within a week, the website was updated and 30 coupons for free coffee were mailed out to 10 widows and widowers,” Mehringer said. “Robyn Wilson, one of the owners at Noble Coffee & Tea, has been great. Her advice has helped shape where we are today.  She helped get an account set up for the coupons and has also helped make group meetups possible.”

Meet Up for Coffee encourages people to start making connections after the loss of a beloved spouse.

“Coffee is just a convenient reason for people to get together and talk.  It could be tea, a beer, lunch, dinner, tennis, shopping, a walk, etc.,” Mehringer said. “I want to encourage friends and acquaintances of widows and widowers to reach out. Talking with someone who has lost a spouse is uncomfortable because people are unsure what to say or do.”

Mehringer’s hope is that the group will give people the “courage to step out of their comfort zone and invite the widow or widower they know out for coffee.”

“There aren’t ‘right’ words to say but they can show up, be there to listen, let them know you care about them, and they are not alone,” he said. “Don’t underestimate the power of just showing up. It is good to acknowledge their loss, but it isn’t the only thing you have to talk about.”

Mehringer also is exploring the idea of an informal group for widows and widowers.

“This is not intended to replace grief counseling, and I encourage people who need additional support to find a formal group and sign up,” he said.