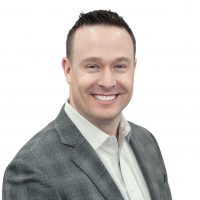 It’s a fitting name, using the initials of his children, because one of the main reasons he started the ActionCOACH franchise is to be closer to his family and not travel constantly like he had in the past. Beavers and his wife, Carolyn, have three children, son Hayden, 12, and daughters Harper, 3, and Harlow, 2.

“We identified what the ownership of the company wants to do,” he said. “Most of the time it’s that small business owners are working too much and too many hours in their businesses, so we look to identify ways to reduce their time working in their business instead of on their business. The second biggest problem is hiring and training the right people and then getting that right person to stick around.

“The third thing is we want to get really good at creating positive revenue.”

ActionCOACH is a global business-coaching franchise that offers aspiring entrepreneurs and professionals personalized 1-on-1 mentorship.

“We do plan to grow outside that,” he said. “I did not buy into all of Hamilton County and Marion County, but I have first right of refusal for those counties.”

Beavers was schedule to leave for Las Vegas Sept. 12 to go through ActionCOACH’s 10-day certification process.

“It’s a business-coaching franchise,” he said. “They’ve been around since 1992 and are in 82 different countries.”

Beavers said he plans to hire a few people before the end of the year.

“I finished my career there as senior vice president of operations,” he said. “It was time for me to get out of traveling every week.”

Beavers said the family wanted to return to Westfield where it had previously lived from 2011 to 2017 before moving to Dubuque, Iowa, for his job. The family returned to Westfield in 2019, and Beavers worked as a consultant before figuring out his next career move.

“ActionCOACH found me in December of 2020,” he said. “I started doing due diligence. I fell in love with their master licensee office in Columbus, Ohio, and the folks there. I liked their processes and their toolbox and what they offer their clients.”

Beavers has begun marketing for his business, holding a launch party Aug. 31. After completing training, Beavers said he will likely start with some seminars.

“My product line will include group coaching along with 1-on-1 coaching,” he said. “Hoping to do most of that in person, but if need be, we can do virtual.”

Beavers said he plans to offer his coaching services to a nonprofit free of charge.

“We’re going to be giving back 1 percent of net profit to charities locally,” he said