You are at:Home»Current in Zionsville»Zionsville Community»Man behind 2019 Zionsville shooting pleads guilty but mentally ill

The man who shot and killed Samuel T. Bennett on the Zionsville Rail Trail the morning of April 28, 2019, has pleaded guilty but mentally ill and awaits sentencing.

James E. Hughes, 26, of Zionsville will be sentenced at 2:30 p.m. Sept. 28 at the Boone Circuit Court. Boone County Prosecutor Kent Eastwood stated that when a defendant enters a plea of guilty but mentally ill that is accepted by the court, the defendant is sentenced in the same manner as someone found guilty of the offense. But the plea is different from an insanity plea and allows the defendant to receive mental health services following sentencing. 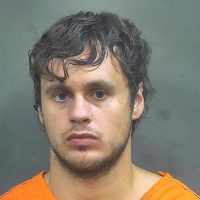 “(In) this case, his mental health issues do not rise to the level by which it would be an insanity defense,” Eastwood said.

According to Eastwood, the plea agreement calls for a 50-year sentence with the Indiana Dept. of Corrections with five years suspended followed by two years of probation.

The morning of April 28, 2019, dispatch received six calls reporting gunshots in the area of the Zionsville Rail Trail behind Town Hall. Police found Bennett, who was dead when they arrived.

Later, the Zionsville Police Dept. discovered a footprint in the mud of the creek and a revolver in the vicinity. Forensic results showed Hughes’ DNA was on the gun.

“We have been unable to find any link between the two individuals,” said Eastwood, adding that evidence and police investigations have led officials to believe the two did not know each other.

Hughes had checked into St. Vincent Indianapolis Stress Center following the shooting and was arrested there on May 8, 2019.