Not only is Ganson Salmon making his Opera in the Park debut, but he is doing it in grand fashion.

“I get two to sing two really big hits,” Salmon said. “They are kind of the calling cards of all the great tenor arias. I’ll sing ‘Nessun Dorma,’ which is definitely an audience favorite of all time. I’m also singing a famous tenor aria from ‘Tosca’ called ‘E Lucevan le stelle.’ It’s really gorgeous. These are what I call the big boy arias.” 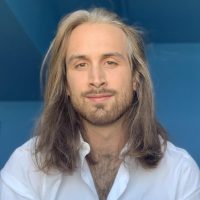 Salmon will be a featured performer at Indianapolis Opera’s Opera in the Park at 7 p.m. Sept 11 at MacAllister Amphitheater at Garfield Park in Indianapolis. The event is free but there but a $10 donation is suggested to support the Indianapolis Opera. Reservations are required at indyopera.org because attendance is limited to 1,000.

Both arias Salmon will sing are by Giacomo Puccini.

Opera in the Park is designed to show opera doesn’t have to be a stuffy event.

“We are trying break that assumption people make about opera, because just like all art is just art whether with a black suit and tie or not,” Salmon said. “That’s what is so fun about Opera in the Park. You can sit at Garfield Park, have a picnic and enjoy any kind of music, including opera. It’s going to be fun and relaxing. It’s an event I enjoyed going to as I grew up into opera. I’ve been to Opera in the Park on and off the last several years and now I’m finally singing in it.”

The 2011 Heritage Christian graduate, who lives in Lawrence, had his first job with Indianapolis Opera in 2016 as a resident artist. He performed in the leading role of Pinkerton in Indianapolis Opera’s virtual production of “Madame Butterfly” in 2020.

Joshua Thompson, a pianist, social musicologist, teaching artist and producer, will be the featured pianist. Soprano Angela Brown also will perform as a featured soloist. Alfred Savia will be the conductor.