This will be a little different from Josh Kaufman’s last appearance at the Palladium.

“I think the last time I was there was when I sang with my daughter’s elementary school choir a few years ago,” Kaufman said. 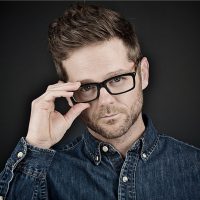 The Carmel resident will appear with Cliff Ritchey at 7:30 p.m. Sept. 9 in the Live at the Center series at the Palladium at the Center for the Performing Arts in Carmel.

Tickets are $5 or register for a free livestream at thecenterpresents.org.

Kaufman said he will perform all original songs.

“Cliff and I have been playing on each other’s music for over 20 years,” Kaufman said. “Half of the songs will be his and half will be mine.”

Ritchey, a singer/songwriter from Markleville, has been a touring guitarist for Kaufman as well as Jon McLaughlin and Jaci Velasquez.

Kaufman said there will be lots of background vocals.

Kaufman’s schedule has been busier of late.

“Work has definitely picked up,” Kaufman said. “I basically didn’t play live at all for almost a year. It’s been good to be out playing again. There’s no substitute for a real live show.”

Kaufman appeared last month at Symphony on the Prairie with The Nauti Yachtys at Conner Prairie in Fishers.

“I’ve done a handful of gigs with The Nauti Yachtys,” he said. “I love that yacht rock vibe — Michael McDonald, Hall & Oates and Toto. It reminds me of being a little kid.”