Nathan and Anne Perdue’s world got rocked shortly after the birth of their son, Wyatt, on Sept. 21, 2019.

“We got a call from the hospital when we got home that they did some blood work testing that indicated Wyatt had cystic fibrosis since he had two genetic markers.” Nathan said. “We don’t have a history of CF in our family and our oldest son was born without CF.”

Nathan and Anne, who live in Carmel with Wyatt and 4-year-old Cooper, were both part of 10 million symptomless carriers, which means each have one defective mutated gene and one healthy one. There was a 25 percent chance they would pass it on to their son. The cystic fibrosis diagnosis was confirmed with a sweat test at Riley Hospital for Children when Wyatt was a few months old. 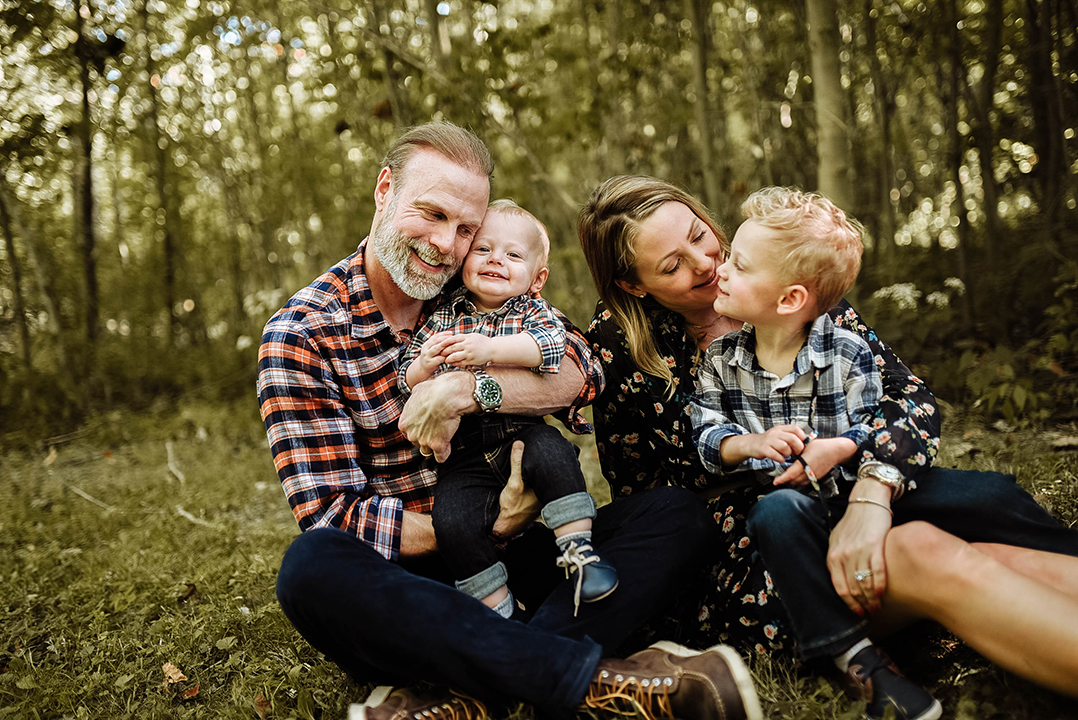 “We were initially blindsided, but then we hit the ground running to learn as much as we could and try to support those with the disease,” Anne said.

Cystic fibrosis causes damage to the lungs, digestive system and other organs.

Nathan immediately began researching ways to help support the Cystic Fibrosis Foundation and decided he had a fundraising tool in his possession.

A bourbon collector, Nathan decided to part with his five-bottle collection of Pappy Van Winkle Bourbon, valued at $18,250 by Kentucky-based bourbon shop Justin’s House of Bourbon, and found a partner in the Kentucky Derby Museum in Louisville. The raffle began Aug. 13 and runs through Sept. 23. Tickets are $100 each. The winner receives all five bottles, a VIP Kentucky Derby Museum experience with up to three guests and a one-night stay at Hotel Distil in Louisville. 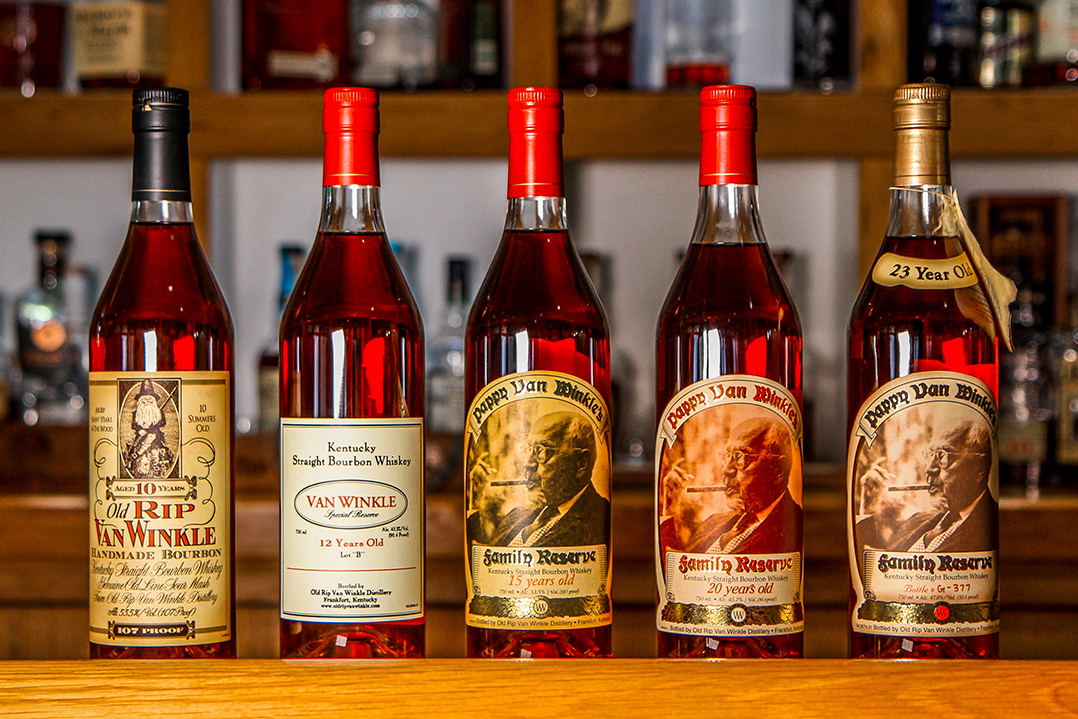 “The majority of the raffle proceeds go to the Cystic Fibrosis Foundation, and a smaller portion goes to the educational department at the Kentucky Derby Museum,” Nathan said.

Nathan said the Kentucky Derby Museum is a natural partner since it’s known for horse racing and whiskey. Bourbon is a type of whiskey.

Nathan had gotten caught up in the bourbon craze in 2007.

“At that time, some of the allocated whiskey was easier to get your hands on,” he said. “I would enjoy it and purchase it again. It started to get harder to get a hold of, so I started holding some bottles back and over time I accumulated the collection I have today.”

Nathan has a collection of between 350 to 400 bottles. He hadn’t originally planned to sell the five bottles.

“Whiskey is kind of a communal spirit, so it’s meant to be enjoyed with good friends and family,” Nathan said. “As I learned how difficult it was to obtain some of these bottles, I would set some aside for special occasions. I was saving the Pappy collection for later on when my children were older. “

Nathan said as the bourbon values increased, he had another idea.

“What an amazing return on the investment it can be to drive research dollars to charities,” said Nathan, who owns a real estate company but has mainly focused on fatherhood the past two years. “There is a lot of enthusiasm in the whiskey community around this particular set because of the scarcity. Having the access is really fortunate.”

Anne said giving up the rare bottles was all her husband’s idea.

“I asked him if he was sure he was willing to part with this, because it took him 10 to 15 years to collect everything,” said Anne, a 2000 Carmel High School graduate who works in medical device sales. “He said if he can raise awareness and funds in support of our son’s health, it’s a no-brainer.”

Nathan purchased some of the bottles for less than what they sell for on the secondary market.

Nathan is competing with three other candidates for the honor of raising the most money for the Cystic Fibrosis Foundation. The winner will be decided at the Purple Tie Ball, which will be held Oct. 9 at Crane Bay in Indianapolis.

“Nathan is an all-or-nothing personality, so I knew I would have a great partner in advocating on our son’s behalf,” Anne said.

Nathan will have some live-auction items at the Purple Tie Ball, including Indianapolis Colts and Indiana Pacers tickets and a trip to Hawaii, among other items. 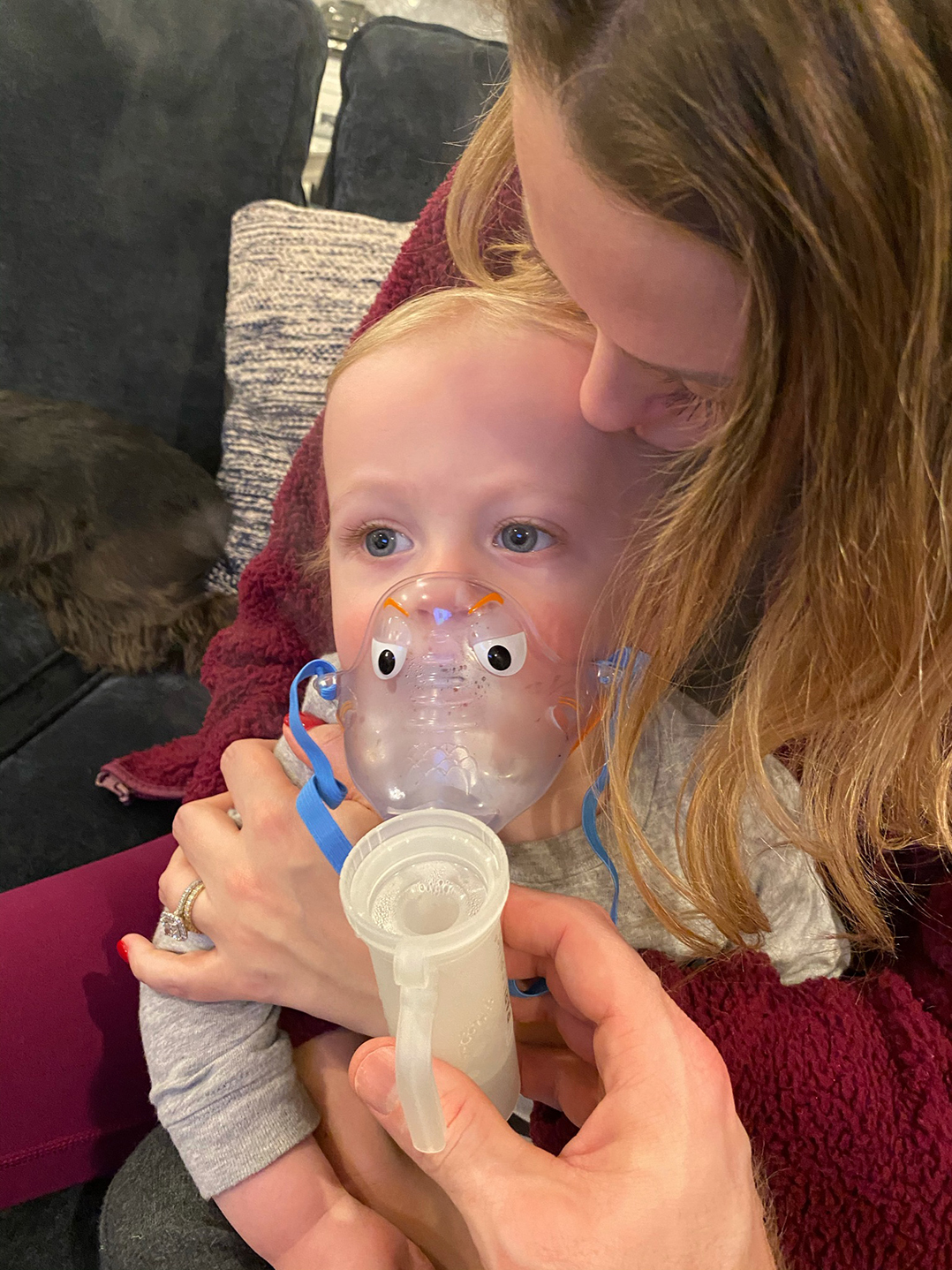 Nathan and Anne must be vigilant about their son Wyatt’s routine, as he takes medicine daily to help manage his symptoms.

“He takes digestive enzymes every time he eats food in order for his body to process his nutrients,” Nathan said. “He does a breathing treatment once or twice a day that lasts 30 minutes. He wears a vest that is basically used for airway clearance and pushes mucus out of his lungs.”

Nathan said if Wyatt does get sick, he tends to take longer to recover than somebody without the disease.

“During flu season, we have to be careful about the environment we put him in,” Nathan said.  “When he does get sick, we have to monitor to make sure he is not getting any infections into his lungs. Sixty years ago, children with CF usually didn’t live long enough to attend elementary school, but because of the CF Foundation’s driven research, the median life expectancy is around 40. For those children born more recently like Wyatt, that number is more like 46 or 48.”

Nathan said they were impressed with how efficient the foundation has been and how much progress it has made in a short amount of time.

“We feel fortunate he was born in a time when he has drug therapies and best-care practices that weren’t available 10 to 15 years ago,” Nathan said.

Anne said they need to make certain Wyatt is active to help with his lungs’ functions.

“We have to ensure Wyatt eats a significant amount of fats along with protein to help his body grow,” he said.

Nathan said the family is blessed that both sets of grandparents live in Carmel, along with one of Anne’s sisters and Nathan’s brother.

“We have an amazing support system,” Nathan said.