Erica Jenkins wants to show her children she can continue to do what she loves.

“You just have to reinvent those spaces,” she said.

The Carmel resident will present “Songs That Speak With Erica Jenkins” at 8 p.m. Sept. 11 at The Tarkington at the Center for the Performing Arts in Carmel. 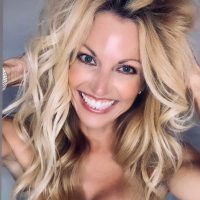 “I want my kids, and others, to see me stand certain in the fact that what we, as individuals, are passionate about is not by mistake,” Jenkins said. “It’s up to each of us to find new ways to use our passions, gifts and talents, in every stage of life, and to ultimately use those gifts to serve others. When I became a mom, I had to go back to the drawing board to figure out how my music and creative work would fit into my new life.

“I knew it wasn’t over, but it would never be the same.”

Jenkins, 42, said the performance will feature some of her favorite Broadway tunes.

“I think there is something for everyone of all age groups,” she said. “There will be a little opera.”

Jenkins said she will explain where the songs are and why they have resonated with her in this season of her life.

Songs include “As If We Never Said Goodbye” from “Sunset Boulevard” and “I Dreamed a Dream” from “Les Miserables” and “Burn” from “Hamilton.”

The show will be two acts of 40 minutes with an intermission. Jenkins previously performed a show at the Studio Theater at the Center for the Performing Arts in 2016.

Jenkins, who has two sons, Layton, 10, and Liam, 8, and one daughter, Lennox, 3, put on a virtual talent show during the COVID-19 pandemic. Jenkins, who has been a vocal and dance coach through the years, was joined by younger performers and students she taught who are now on Broadway.

Jenkins was owner/director of Elite Performance, Performing Arts Studio in Columbus, Ind., from 2003 to 2011. She is launching a new business, called The H.O.P.E Initiative, in September. H.O.P.E stands for Helping Other People Everywhere.