You are at:Home»Current in Carmel»Carmel Cover Stories»Carmel state of mind: Couple relocates from NYC to open business, raise family

Christian Lopez and Leslie Lupton could have moved anywhere in the world, but in 2019 they chose to relocate from New York City to Carmel.

They didn’t have friends or family here, and their jobs could be done from anywhere. But after a bit of research, they decided on Carmel to raise their two daughters for the city’s urban feel, top-ranked schools, low cost of living and more.

Many of their friends thought they were crazy. But two years and one pandemic later, they haven’t looked back.

“It’s met my expectations. The people have been really warm and good and friendly, and for the most part it’s been amazing,” said Lopez, who goes by “Papi.” “For us, the ability to do things is just so much easier than I thought it was going to be.”

The married couple brought a slice of New York City with them by recently opening Physique 57 fitness studio along the Monon Greenway in Midtown. They enjoyed the barre workouts for years in New York and couldn’t find anything comparable in Carmel.

“We thought it would be really great if Indiana had the best parts of New York, the workouts, the food, just not the ridiculous cost of living and crowds,” said Lupton, who also works as a digital operations consultant.

‘We moved for choice’

When the family decided they wanted to leave New York City, they first considered Austin, Texas, Charlotte, N.C., Denver, Seattle, Chicago and even Barcelona. Indiana wasn’t on their radar, but after a friend suggested they consider Indianapolis, they began researching the area.

Lupton had grown up in Anderson and attended Indiana University but knew little about Carmel, especially since she had spent the last 20 years in New York City. But once the family visited the city, they were hooked.

The family built a home in WestClay — a community Lopez described as “Disneyland” — and quickly connected to their new city through sports, the schools and elsewhere.

Lopez, a business development consultant, said he met many neighbors who have relocated to Carmel from throughout the U.S. and abroad, but he’s one of the few that moved simply for the city itself.

“A lot of folks we met moved here for work,” he said. “We didn’t move for work. We moved for choice. We wanted to come here.”

Lopez said there are a few things he misses about New York City, such as certain international restaurants and chatter in the streets about the Yankees. However, he said he’s found vendors and restaurateurs in the Hoosier state that rival those in the Big Apple; it just takes a bit more work to find them.

From homemade tacos made by a lady who brings them to construction workers to the best baklava he’s ever had at Little Cairo on Carmel’s Main Street, Lopez has discovered international flavor in his new city as well.

“It’s a global community,” he said.

Lopez and Lupton plan to stay in Carmel long term, especially after opening Physique 57 as the first retail tenant in The Railyard mixed-use development.

Lupton described Physique 57 as offering an “individualized group workout” that can be customized for people of all fitness levels. Its instructors have dance backgrounds and incorporate movements to music into the classes.

“We always joke our biggest competitor is Netflix,” Lupton said. “You have to get people out, but once they’re out and they start moving, they realize how good it feels.”

“The mindset of the people who are passing by, everyone is active,” Lupton said. “Also, what’s really great is that you have this sense of community. You could have a family that’s (in Midtown Plaza) for an afternoon, and somebody says, ‘I’m going to run and do a workout really quick,’ and it’s easy, everything is at your fingertips. You don’t have to plan your whole day around the workout.” 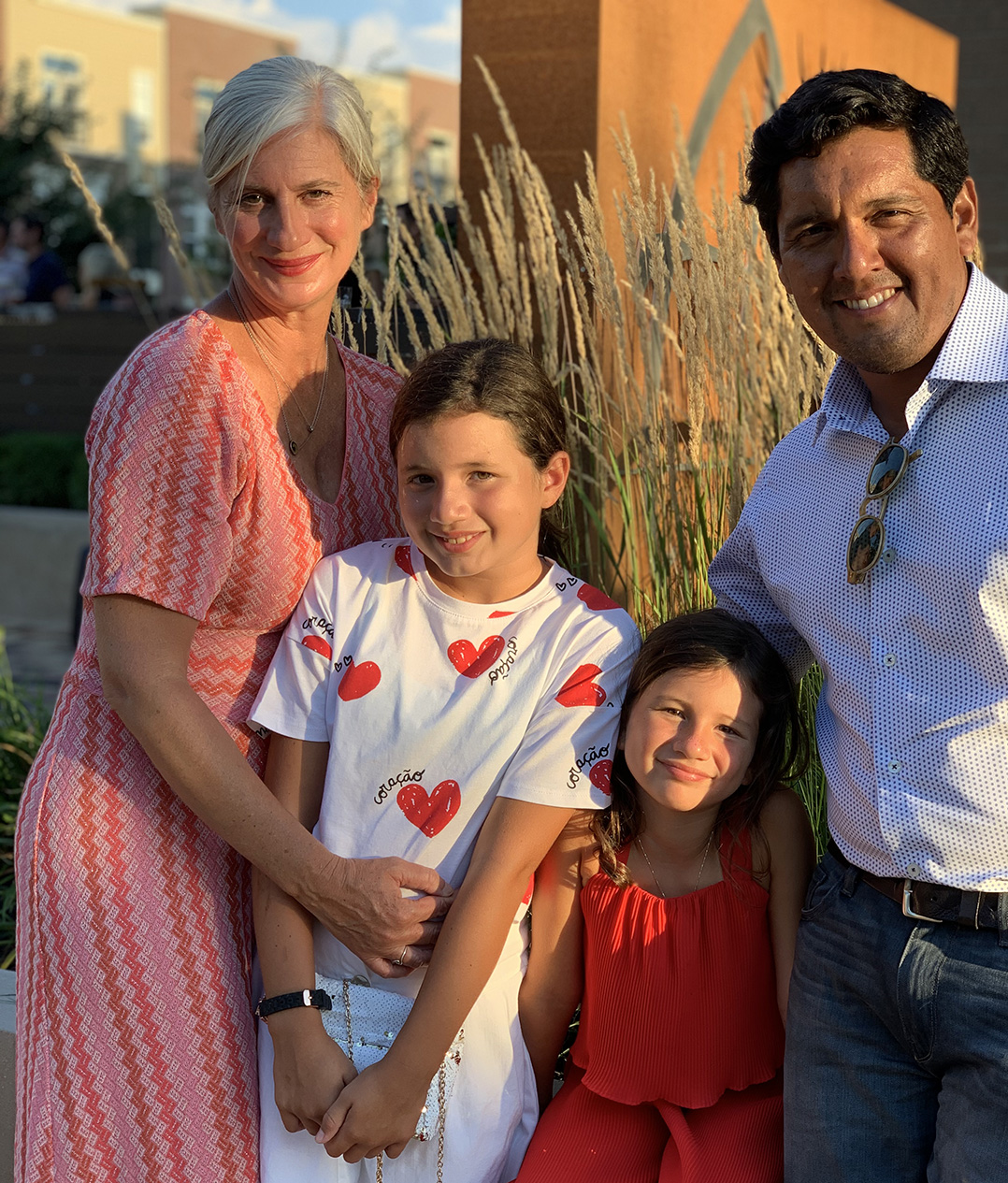 Leslie Lupton and Christian Lopez aren’t the only ones to move to Carmel with few connections to the area. Other Carmel transplants explain why they chose to move to town.

“I love all the people who are moving into this area. I think it’s making it a really diverse and unique place to live. Specifically, I love the roundabouts and all the ease of being here.”

“(West Clay) has wonderful pathways to bike and run. In New York, they don’t have those, so it’s really hard to ride on the side of a busy road. That’s really tough for me. I’m deaf, so it’s a big issue for me not being able to hear cars that approach. Here it feels safer to be able to ride my bike.”

“There was so much more to do (here), and my kids absolutely love it. We’ve opened a bank account to put in money on a down payment to buy a house in Carmel. The schools are amazing up here.”