You are at:Home»Current in Carmel»Carmel Community»Carmel’s Heroes Club on a mission to support police officers, firefighters

The Heroes Club was created in 1996 by then-Conseco Insurance executives to support public safety and law enforcement officers in times of need. 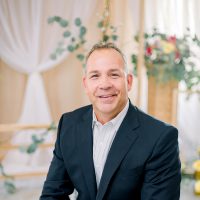 The chief purpose was to fund an accidental death insurance policy for a designated beneficiary of an officer who loses his or her life in the line of duty serving in Carmel or Clay Township. The Initial policy was $50,000. It has now grown to a $300,000 life insurance policy.

As co-owner of Ritz Charles event center, Bill Nicholls had always supported the effort with his business. But when he attended a golf outing seven years ago, he noticed it was struggling. Nicholls had been a board member but was no longer serving in that role at the time.

Soon after, he met with then-Heroes Club president Bill Brooks.

“Brooks said the majority of board members were 65 or 70, spending half the year in Florida, and the organization was losing steam,” Nicholls said. “I said, ‘I’m going to help,’ and the next thing you know I’m appointed president. My kids were past playing sports, so I had some time on my hands. Over the (past) five to seven years, we’ve done a good job getting juice back in the organization. We wanted to approach the business owners in Carmel because I was one. We are so blessed to be here in Carmel to be in this Hamilton County bubble where the police and fire departments have been at my beck and call for the last 30-plus years at the Ritz Charles.”

Now, it’s time for the next step, Nicholls said.

“We got the wind back in the sail,” he said. “At first, we were just focused on staying alive. But now we want to get back in and really brand our Heroes Club and get us out there in the community in terms of being a household name. Quite honestly, I think you could walk up to 30 people at the Carmel Farmers Market, and I think maybe 29 or 30 are not going to know what the Heroes Club is. Our mission now is creating the awareness in the community and letting people know what the Heroes Club is and what it represents.”

The 25th golf outing is set for Oct. 11 at Prairie View Golf Club in Carmel.

“Those who pay to play are paying for Carmel police or firefighters to play for free,” Nicholls said. “It’s a gesture to our police and firefighters to give them a free day of golf, and they’ve really enjoyed it.”

The Heroes Club held a Meet and Mingle at 3Up Rooftop Lounge in Carmel in May.